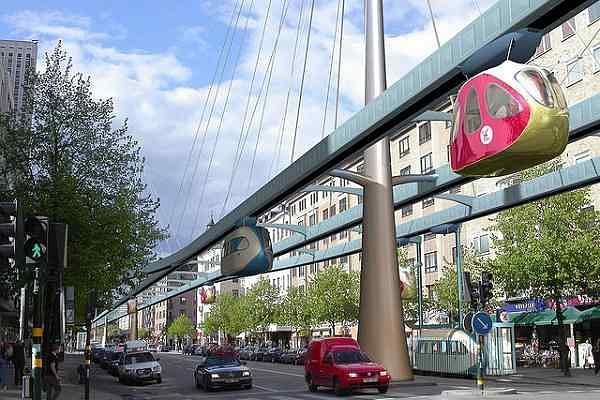 The upcoming Jewar international airport in Uttar Pradesh will be connected to Greater Noida through driverless pod taxis that can accommodate four-six people per car.

It is a common mode of transport in western nations and the Yamuna Expressway Industrial Development Authority (YEIDA) along with the Delhi Metro Rail Corporation (DMRC) will jointly develop this pod taxi service. Subsequently, a detailed project report (DPR) will be presented on this issue soon.

The projected cost of the pod taxi project is around Rs 50-60 crore every kilometer. BJP MLA from Jewar Dhirendra Singh told India Today, “We already have Metro connectivity till Greater Noida but Jewar is about 25 kilometers from Greater Noida city. To bridge this gap, pod taxis are being considered. Pod taxis are a revolutionary mode of transport widely being used in many western countries.”

The new Jewar airport is linked to the northern and southern parts of the national capital region (NCR) through the Yamuna Expressway and the Eastern Peripheral Expressway respectively. YEIDA CEO Arun Veer Singh revealed that the new airport is conveniently approachable via road from the states of Haryana, Rajasthan, Delhi and even a large part of UP.

“To help reduce travel time, we are working on pod taxis that will give a hassle-free travel experience to the commuters. Also, as the Film City will be developed in Jewar area, the pod taxi service will be of great help in connectivity,” Singh further said.

The Yogi Adityanath-led UP government had approved the Zurich Airport International’s bid to develop the Jewar airport last December.