During His Stint As EC, Seshan Faced The Wrath Of Dravidian Parties For Insinuating That Annadurai Was A CIA Asset 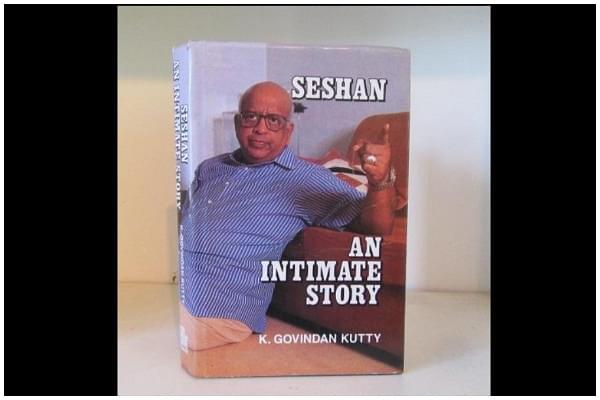 Cover of the book ‘Seshan: An Intimate Story’ by K Govindan Kutty.

Tirunellai Narayana Iyer Seshan, former cabinet secretary and chief election commissioner of India, passed away yesterday at his residence in Chennai. He was 86.

Seshan is particularly remembered for reinvigorating what was till then an essentially moribund model code of conduct for elections in a bid to curb electoral malpractices.

Seshan himself fancied the moniker “Al-Seshan (Alsatian)” as a tribute to his role of election watchdog.

The acerbic tongued Seshan often waded into controversies by his public pronouncements. Among the public spats that Seshan was involved was with the two mainstream Dravidian parties in Tamil Nadu following the release of his biography.

In his biography ″Seshan: An Intimate Story”, which was penned by journalist Govindan Kutty, Seshan insinuated that key Dravidian movement ideologue and former Chief Minister of Tamil Nadu C N Annadurai’s anti-Hindi agitations might have been in part encouraged by connections with the Central Intelligence Agency (CIA). The book hinted at the role of CIA in instigating riots against the imposition of the Hindi language.

As per the account provided by Kutty in the book, the then Congress Chief Minister of Tamil Nadu M. Bakthavatsalam was “flooded with complaints of suppression of civil rights” in the district.

Relations between the CEC and the then All India Anna Dravida Munnetra Kazhagam government headed by Jayalalithaa in Tamil Nadu turned so acrimonious that Seshan was at one point gheraoed at the Madras airport.

The Madras High Court even ordered a six-week ban on the book after the Jayalalithaa said the book was blasphemous and defamatory.

Dravida Munnetra Kazhagam chief Karunanidhi also filed a suit against Seshan, Kutty and Konark Publishers in the High Court of Madras, asking for permanent injunction restraining them from publishing, releasing, circulating, selling, marketing and distributing the book titled as "Seshan- an Intimate Story".

The book was later published excluding the references to Annadurai.