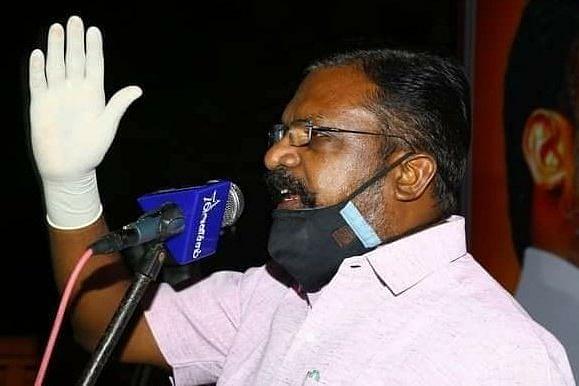 A directive from Prasar Bharati asking its regional channels to telecast a Sanskrit bulletin for 15 minutes daily is being criticised and opposed by political parties led by the Dravida Munnetra Kazhagam (DMK), in Tamil Nadu.

The opposition is surprising since the All India Radio (AIR) has been broadcasting Sanskrit news bulletin every day since 1974 at 9 am. According to website Sanskritdocuments.org, the news bulletin in Sanskrit was the last language to be taken up by the AIR news service division and it came after seven years of lobbying.

The latest directive is for telecasting the bulletin on Doordarshan’s Tamil regional channel Podhigai that reaches almost all houses in Tamil Nadu.

Leading the attack on the Prasar Bharati directive was DMK President M K Stalin who said that the Bharatiya Janata Party (BJP) led by Prime Minister Narendra Modi has only been imposing Hindi and Sanskrit since the day it came to power.

He called for according equal status to all languages, including classical Tamil.

He said that Sanskrit was the mother tongue of only 24,000 people in the country as per 2011 census.

The Communist Party of India’s Democratic Youth Federation of India termed it as the imposition of Sanskrit.

On social media, many questioned the opposition to Sanskrit, which is an ancient language. “ Every language other than Tamil is a threat for them…,” said one comment.

Another said Tamil and Sanskrit were two eyes of Hinduism and blamed the “conversion mafia” for trying to divide the people on the language issue.

Responding to Stalin’s tweet, one person said if people did not want to see the Sanskrit bulletin they always had the option of switching over to another channel with their remote rather than raise a hue and cry.

So, why this sudden love for Doordarshan's regional channel?

But for the Tamil Nadu Assembly elections being five months away, it is anyone’s guess if these parties, led by DMK, would have come out with their views against the Sanskrit bulletin.

If they cannot question the Sanskrit bulletin on AIR when they were in power, it makes little sense to raise their voice over the telecast on Podhigai channel.

Right now, every single development or move in Tamil Nadu is being viewed with the prism of the State Assembly elections due in April next year. Thus, even trivial issues are being politicised.

Amidst the cacophony of protests comes the statement of Kerala Chief Minister Pinarayi Vijayan, who leads the Communist Party of India-Marxist led government, that opposing Sanskrit is not correct.