'Energy Security A Legitimate Concern; Strategising On Mitigating Unpredictability': Jaishankar After 2+2 Dialogue With US 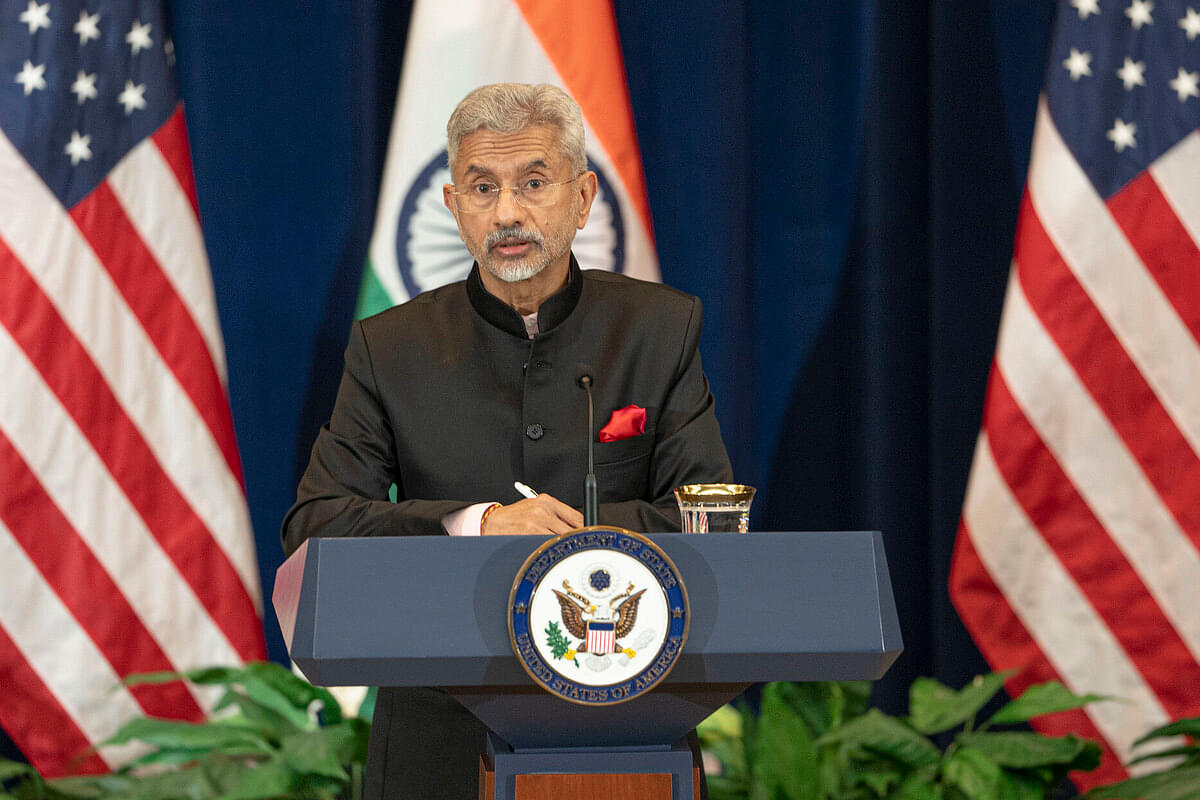 The discussions during the India US 2+2 ministerial here has helped the two countries to strategize on mitigating the volatility and unpredictability that the world is currently experiencing, External Affairs Minister S Jaishankar said on Monday.

“It has helped us today to strategize on mitigating the volatility and unpredictability that the world is currently experiencing. That will be naturally reflected in our policies,” Jaishankar told reporters addressing a joint news conference with Defense Minister Rajnath Singh and their American counterparts Secretary of State Tony Blinken and the Defense Secretary Lloyd Austin.

The fourth 2+2, the first under the Biden administration, was held here on Monday.

The discussions have also encouraged the two countries to think together on long-term challenges, especially in the Indo-Pacific.

“It has energized our collaborative endeavours to build what is emerging as a key bilateral relationship of our times,” he said.

Responding to a question, Jaishankar said india is pressing for a cessation of hostilities in Ukraine.

“I think part of what we are doing is to press for a cessation of hostilities, which I think everybody would agree would mitigate matters and India, he said, is working towards mitigating global volatility and unpredictability.

“While we’re also addressing the humanitarian situation, in fact, we have — the Ukrainians have been in touch with us for — especially for the supply of medicines. We have already provided humanitarian relief to Ukraine to some of the neighbours. And even as we speak, a shipment of medicines is being delivered or will be delivered very soon to Kiev,” he said.

The minister said that one of the big concerns that India and the world has is of energy security, of rising prices, of increasing premiums, of limited supplies.

“So today you have to understand it is a legitimate concern of countries to ensure their energy security. But an equally big worry, which is emerging, is of food security. There are concerns across geographies of societies who are importing wheat or sugar or other foodstuff out of the conflict region”.

The issue also came up for discussion during the virtual summit between Prime Minister Narendra Modi and President Joe Biden, about what could India do to stabilize the global economic situation.

“We are quite willing and, in fact, we have already started responding to the need for greater food supplies, especially wheat, most of all; but to some degree, sugar as well. We have even at this moment a number of countries are discussing with us the possibility of greater food supplies, including the World Food Programme,” he said.

Jaishankar said COVID-19 has also left them with a lot of uncertainties and a lot of challenges to be addressed.

“I think part of it is how do you construct more reliable and resilient supply chains? How do you increase trust and transparency? How do we work together on critical and emerging technologies like 5G? And again, we discussed an Indian initiative called Performance Linked Initiative, which would incentivize manufacturing in India”.

It is very much in American interest to support it, the minister said.

“We also spoke about how we could work together to help with the global health situation. How do we get a shot in every arm? How do we increase the distribution of vaccines? And the other issue, again, which has added to global uncertainty is Afghanistan. And how do you stabilize the region, how do you again provide humanitarian assistance?” he told the reporters.

“How do you deal with the terrorism concerns that the world has in the Security Council, in FATF, et cetera. And I would say in a way, in terms of mitigating and stabilizing, the Quad itself is a great stabilizer. So that too is part of the contribution we are making towards a better world, and making that contribution in large measure through a partnership with the United States,” said the minister.