Explained: AI-Powered Vyom Mitra Will Be First Indian “Woman” To Go To Space As Part Of Gaganyaan Mission 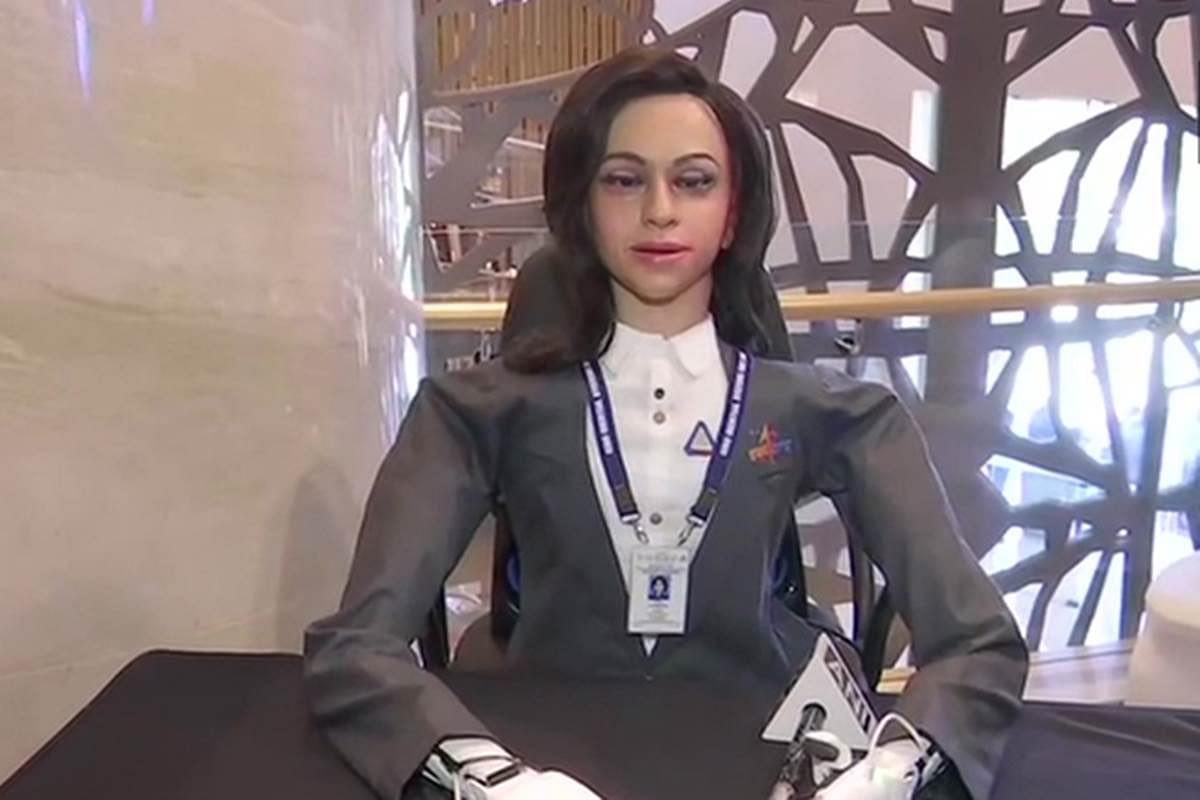 The robot, powered by speech synthesis software and artificial intelligence, was seated at a desk in a uniform and sported a custom-made ISRO identity badge with her name on it.

The half-humanoid will ride to space in the first test flight of the human space mission, Gaganyaan. Reportedly, two such trial flights without crew will take place with Vyom Mitra — the first around December 2020 and the second around July 2021.

According to ISRO Inertial Systems Unit (IISU) Director D Sam Dayala Dev, Vyommitra is the result of the one year of hard work by IISU, Thiruvananthapuram.

Introducing Vyom Mitra, first Indian âwomanâ to ride to space
Space agency @isro has unveiled #Vyommitra that will travel to #space space as part of its unmanned space mission to be launched this year as a prelude to the manned #Gaganyaan mission. pic.twitter.com/FmtMgsyOXe

What exactly is meant by half-humanoid?

A humanoid robot is a robot that is based on the general structure of a human, although it is not necessary that it looks convincingly like a real person.

Humanoid robots are used as research tools in several scientific areas. The earliest application being in the field of building better orthosis and prosthesis for human beings.

Humanoids can also perform personal assistance tasks for the sick, elderly, and disabled people. They can be used for doing dirty, menial or dangerous jobs.

Based on the physical design and software (which can be powered by artificial intelligence), humanoids can theoretically perform any task that human beings can. However, building them remains an immensely complex task.

Vyommitra called itself “half-humanoid” as the human-looking robot doesn’t have legs. Her body goes only till the the torso and has no legs and can only move sideward and forward.

At the symposium, Vyommitra wowed everyone when she greeted and introduced herself to ISRO Chairman K Sivan and Principal Scientific Adviser K Vijay Raghavan. She said:

“I am Vyom Mitra. I can do switch panel operations, ECLSS [environment control and life support systems] functions, be a companion, converse with the astronauts, recognise them, and also respond to their queries.”

ISRO will study how she — and later real astronauts — respond to living outside earth in controlled zero-gravity conditions.

The half-humanoid can detect and give out warnings if environmental changes within the cabin can cause discomfort to the astronauts and change the air condition. Also, she can take up postures suited for launch and tasks and take commands.

Previously, animals have been sent on the spaceflight and their vitals observed by the devices to test for suitability for humans. A robot is superior, as it can replicate the behavioural and operational responses of a human.

Maybe later on, the robots wouldn’t just be used for testing survivability, or act as assistants to humans, but themselves be the choice of the crew for long, difficult and high risk missions.

As per the ISRO sources, India's heaviest launch vehicle “Bahubali” GSLV Mark-III will carry the astronauts to space.

The Rs 10,000-crore ambitious project is expected to be launched in 2022, the year of the 75th anniversary of India's Independence.