Explained: Here’s All About G4 — A New Form Of Swine Flu Virus With Pandemic Potential Discovered In China 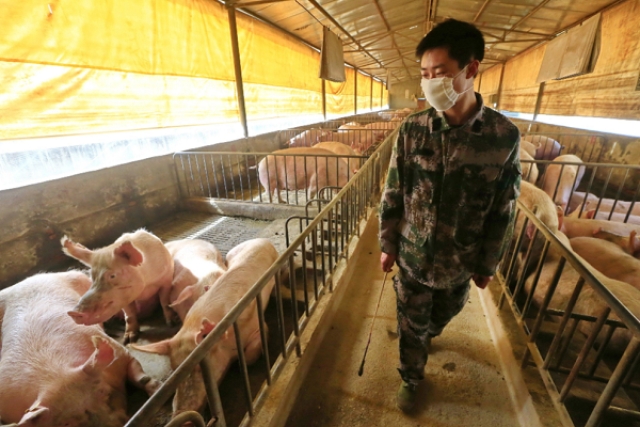 In a new study published on Monday (29 June) in the journal Proceedings of the National Academy of Science, the scientists warned against a new strain of the H1N1 swine flu virus is spreading in pig farm workers in China and said that it should be urgently controlled to avoid another pandemic.

Reportedly, the study said that the new strain named G4 EA H1N1 replicates efficiently in human airways and has all the essential hallmarks of a candidate pandemic virus.

The study is based on the surveillance of pigs in between 2011 and 2018 in 10 Chinese provinces. In the last three years, the researchers collected 338 blood samples from 15 pig farms and 230 from people in nearby households.

It was carried out by a collaboration between government agencies in China, including the Center for Disease Control and Prevention, the World Health Organisation, and the scientists from several universities in China and the University of Nottingham in United Kingdom.

The G4 EA H1N1 virus was found to efficiently infect ferrets via aerosol transmission, causing severe clinical symptoms in them like sneezing, wheezing, coughing, and a mean maximum weight loss ranging from 7.3 to 9.8 per cent of the mammals’ body mass.

While so far, the virus has only infected people without causing any disease (that is, fever, coughing, etc.), in the future, with further mutations, it could become more aggressive, like COVID-19, a was quoted as saying by TOI.

Participants between 18 and 35 years of age had about 20 per cent positive rates of the virus in their blood.

"Such infectivity greatly enhances the opportunity for virus adaptation in humans and raises concerns for the possible generation of pandemic viruses," the scientists said in the study.

The scientists said two recent cases of G4 virus infection, reported in 2016 and 2019, were of a 46 and a nine-year-old, respectively.

According to the study, the two patients had neighbours who reared pigs, suggesting that G4 virus "could transmit from swine to human, and lead to severe infection and even death."

"Thus, it is necessary to strengthen the surveillance effort of G4 EA viruses among swine and human populations," the researchers wrote in the study.

Michael Ryan, executive director of the WHO Health Emergencies Program emphasised that G4 EA H1N1 is not a new virus. “This is a finding from surveillance that's been carried out over many years," he was quoted as saying by TNIE.

Why so many pandemic viruses originate in China?

In a Swarajya article Over 90 Per Cent Pandemic Viruses In Last 100 Years Originated From Africa Or China, But Zero From India, the author describes the reasons why China is the origin place of so many pandemic viruses:

When we look at the list of major pandemics, we find that the number of pandemics caused by bacteria declines in the 20th century. In fact, each pandemic on the list since the 1918 Spanish flue is caused by a virus.

Another important pattern visible in the list is that these viruses are zoonotic, that is, they spilled-over from non-human animals to humans. In fact, 60.3 per cent of all the emerging infectious disease events are due to zoonotic viruses, and 71.8 per cent of these started from wild animals.

Another notable thing is the place of origin. Most of the zoonotic diseases originate in tropical as opposed to temperate regions due to environmental and evolutionary factors.

But there are socio-economic and cultural factors that cause China and Africa to be a dominant source of pandemic viruses:

An interesting bit of history connects the Chinese wet markets and bushmeat consumption to the Great Chinese Famine orchestrated by Mao, when one of the greatest butchering of wild animals in history took place, described in another Swarajya article, What Links Chinese Wet Markets To Mao’s Great Leap Forward? Communist Pseudoscience That Caused Famines, Killed Millions.

The author attributes low rates of origination of pandemic viruses in India to cultural emphasis on ahimsa (non violence) and disciplined meat consumption, if not complete elimination of meat from the diet; shauchachar (cleanliness and hygiene); and sadachar (control on the sensory pleasures).