Over 90 Per Cent Pandemic Viruses In Last 100 Years Originated From Africa Or China, But Zero From India 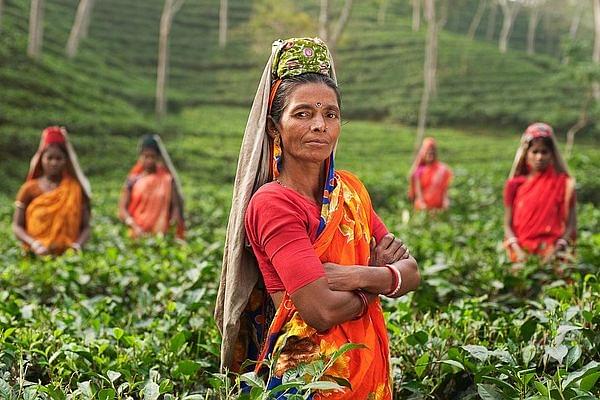 Infections have plagued humanity since forever.

However, when human beings started living in large dense communities with the onset of agriculture, the speed and scale of these diseases increased dramatically.

Infectious diseases could now kill millions in a short period of time.

Small pox in the 16th century wiped off around 90 per cent of the Native Americans.

A series of cholera outbreaks in 1800s killed millions around the world.

Our fight against the germs consists of the punch-counterpunch in the evolutionary boxing ring. A microbe evolves itself to colonise the human host, the humans then evolve antibodies against the particular microbe, and the cycle continues.

A major milestone in the fight against germs was the discovery of modern penicillin in 1928. Antibiotics to fight bacterial infections revolutionised medicine.

Now, diseases like cholera and plague could be effectively controlled with antibiotics.

This is why, when we look at the list of major pandemics, we find that the number of pandemics caused by bacteria declines in the 20th century.

In fact, each pandemic on the list since the 1918 Spanish flue is caused by a virus.

An important pattern visible in the list above is that these viruses are zoonotic, that is, they spilled-over from non-human animals to humans.

In fact, 60.3 per cent of all the emerging infectious disease events are due to zoonotic viruses, and 71.8 per cent of these started from wild animals.

Another notable thing is the place of origin. Most of the zoonotic diseases originate in Asia or Africa.

A WHO list published in 2015 of the top emerging diseases likely to cause major epidemics in the future displays the same trends.

It’s clear that the tropical regions are more likely to be the origin place of pandemics as compared to the temperate ones.

Here is a comprehensive list of the reasons why:

Apart from environmental and evolutionary factors, socio-economic and cultural factors also cause China and Africa to be a dominant source of pandemic viruses:

Now that you have read this list, go back to the list of the places of origin of the pandemic viruses.

Notice something? India is conspicuously missing, despite the fact that India qualifies on all the reasons mentioned above.

Ideally, India should have been ahead of China, or at least close to China in the pandemics list.

But that’s not the case. Why?

While India also faces acute challenges of water, sanitation and public health infrastructure, there are certain cultural factors that could have decreased the risks.

For example, a stress on total or partial control on meat-eating, stemming from the doctrines of Karma and Ahimsa, means lesser demand for meat, and lesser opportunities for viruses to spillover from animals to humans.

When compared with the trends in other countries (accounting for per capita income and growth rate), India has very low meat consumption.

A plant-based diet poses a lesser risk. Non-vegetarian food is also more easily infected, and the viruses that have evolved themselves for plants, given the significant difference in plant and human biology, find it harder to colonise the human body.

A cultural emphasis on non-violence, harmony with nature, and control of the senses (Sadachar) guards against high demand for products sourced from animals.

Additionally,the emphasis on Shauchachaar (conduct to maintain cleanliness and hygiene) demands that a distinction between polluting and non-polluting things and activities (Sparshaasparsh Vivek) be maintained at all times.