Virus Vs Humans: How Indian Civilisation Responded To Threat of Epidemics - Physically, Psychologically And Culturally 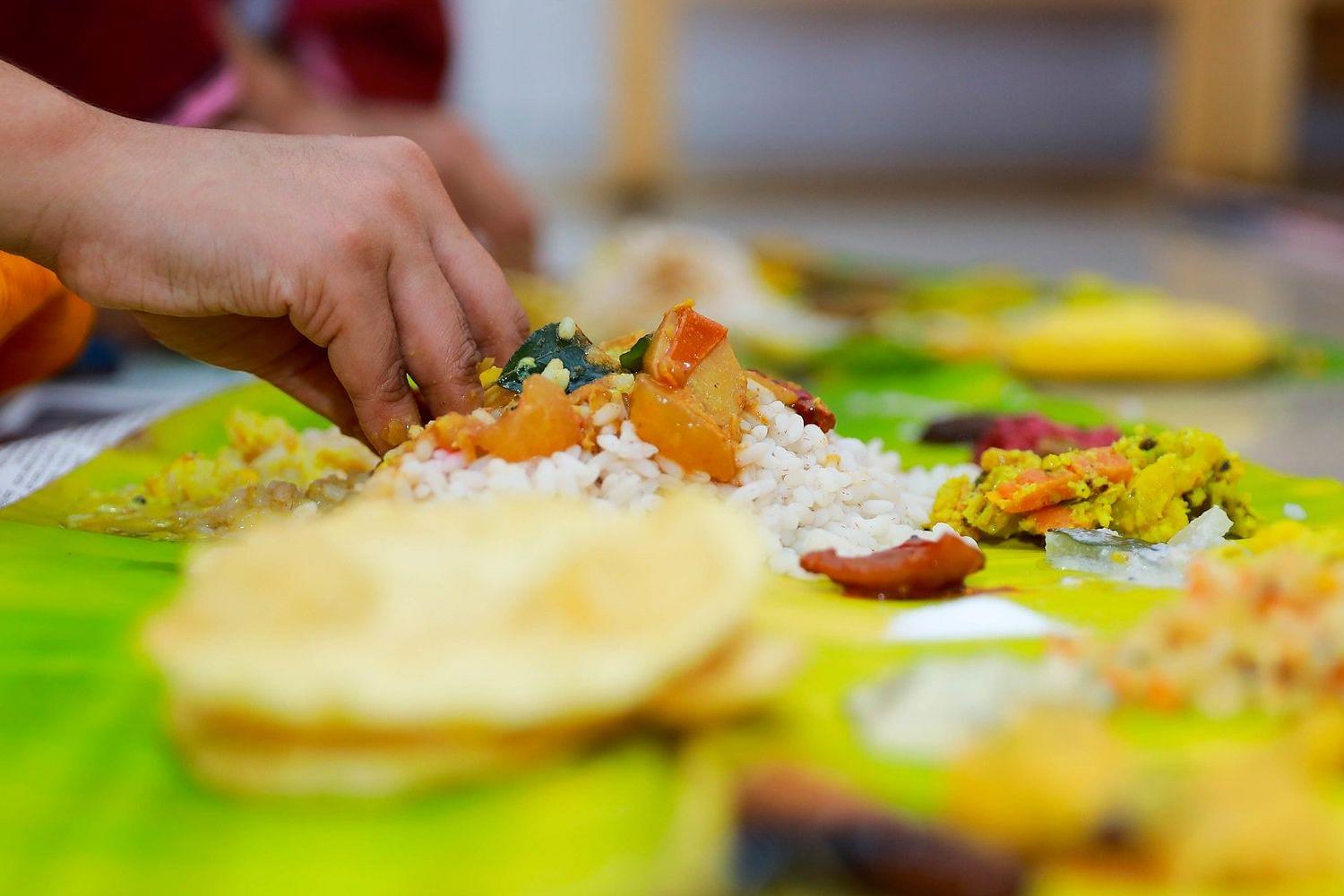 In the first part of the series, we discussed how viruses - the most abundant biological entities on planet earth - evolve to colonise their hosts.

The 1918 influenza pandemic, within a few months, killed an estimated 10-20 million Indians. And currently, Covid-19 is killing hundreds per day.

Epidemics and the human response

The existential threat of infections played an important role in our evolution. For example, the emotion of disgust to protect against the potential sources of infections.

As humans moved from hunting and foraging in small packs, to villages, towns, and eventually high-density metropolises, the threat of infections also increased.

Disgust became a quick and efficient mechanism to make fast decisions – without our brains having to spend too much energy – about shunning people/things which we suspect might infect us.

Research has shown the power of the emotion of disgust in our day to day behaviours.

Our fight against the infection-causing germs plays out not only at the neurological-psychological level of an individual, but also at social-political levels, however, in very different ways.

Here’s how the Indian civilisation responded to the threat of infections.

First, the emphasis on cleanliness (Shauchachar)

India has a tropical climate and infectious diseases thrive in hot, humid conditions. In this case, an urban civilisation with high density of people would have to fortify itself in unprecedented ways.

Even when we see a material decline, the conduct of personal hygiene remains intact. This is because of the cultural stress on shauchachaar.

Without following the conduct related to cleanliness, no actions will bear fruit

There are also detailed guidelines about cleanliness in daily life.

As a general rule, the right hand is used to touch clean surfaces (Amidst the current outbreak, we are again seeing the emphasis on not using the dominant hand for unclean activities).

The clothes worn during this time are then discarded and can be worn only after washing.

Guidelines are given regarding cleaning teeth and tongue with dataaun and majjan (brush and cream made from plants), regular cutting of hair and nails, ubtan and oil-massage.

The waste generated must be disposed carefully, and the place must be cleaned afterwards.

The human body with nine orifices (two eyes, two ears, two nostrils, one mouth, one genitalia and anus) constantly produces excretions. Therefore, one must bathe regularly to clean oneself

All the kriyas mentioned in Vedas etc are called - snanmoolak - that is, they cannot be performed without being clean.

The water used for is also purified with camphor, turmeric, sandalwood etc.

Bathing is also described as a long process using different materials that act as disinfectants (like neem and turmeric), chemical scrubs (like curd), physical scrubs (like sugar), and moisturisers (like milk, ghee and honey).

There are also detailed guidelines about keeping the surroundings clean.

In case of rivers, one shouldn’t enter them directly with oil etc on the body, but first clean up the body at the shore, discard the waste, and then enter the waters.

Spitting, excreting in the river, washing dirty clothes at the place of bathing is forbidden. The washing area and bathing area are kept separate. Persons are also directed to not carry out polluting activities like defecation within a certain distance from the river.

Persons devoted to education (Brahmachari), and those on a spiritual path (Vanprastha, Sanyasi) have more stringent guidelines about cleanliness. This is because both these groups travel far and wide, often address crowds, and as a rule, freely move from place to place.

It is also important to clarify that the above are not ‘divine mandates’. There is no reason to abide by them literally. What matters is the essence and the emphasis.

If one looks carefully, one would find that the cultural guidelines regarding all the daily activities revolve around cleanliness.

Example, clean kitchen, cooking food only after bathing, not touching anyone/anything outside the kitchen while cooking, keeping the utensils in which the food is cooked separate from those in which people eat.

The food that goes out of the kitchen is not brought back and mixed with the rest. It is directed that each person sit on separate asanas, and eat in separate utensils.

The Indian style of chopping also involves holding the vegetables in hand at such an angle that the insides are in direct line of sight - so that any rottenness/worms etc can be easily spotted.

The distinction between polluting and non-polluting things and activities (Sparshaasparsh Vivek) is to be maintained at all times.

Second, the emphasis on control of the senses (Sadachar)

The short-sighted ones indulge in indiscriminate pleasuring of their senses, and cause their bodies to catch diseases

Apart from cleanliness (Shauchachaar), Indic culture puts a lot of emphasis on self-control and discipline in the matter of sensory pleasures (Sadachaar).

Overall, the conduct (Aachaar) is given prime importance. It is called the backbone of Dharma.

Dharma is what sustains the whole existence, and aachaar, the conduct of an individual, is what sustains Dharma. Even the ascetics and hermits who have left the worldly life recognise Aachaar as the root of Dharma

Food and sexual contact are two major modes of transmissions of the disease-causing germs. In Mahabharata, Vidur tells Dhritrashtra that among all the sensory organs, the tongue and the genitalia should be especially controlled.

The Kathopanisad describes the human body as a chariot, sense organs as the horses, intellect (Buddhi) as the charioteer, and the mind (Manas) as the reigns.

A person who wants his well-being is advised to use first his Buddhi - that has the capacity to discriminate between good and bad - regarding bhoga (sensory pleasure).

People are encouraged to completely or at least partially control meat consumption. While most of this is based on the doctrine of Karma and Ahimsa, vegetarianism offers great advantages with regards to disease prevention.

In the first part of series, we discussed how viruses evolve to colonise human hosts, and how humans are likely to have acquired all the infectious pathogens originally from wild animals, and later a few from domesticated ones.

Out of the 1,415 pathogens known to infect humans, 61 per cent are zoonotic - they jumped from animals onto the human host.

Once in human body, a virus can quickly acquire mutations that enable it to pass from one mammal to another easily.

Just like the viruses can spillover from wild animals to humans, they can, and more easily, spillover to their domestic counterparts, and from them, to us.

On the other hand, a plant-based diet poses a lesser risk. The viruses that have evolved themselves for plants, given the significant difference in plant and human biology, find it harder to evolve to colonise the human body, .

Control on meat-eating decreases the human-animal contact, and therefore, minimises the opportunities that a virus has of adapting itself to infect humans.

While eating unhygienic plant-based food can too cause sickness, the zoonotic diseases are far more dangerous.

It’s no coincidence that all the diseases on the 2015 WHO list of those that are “likely to cause severe outbreaks in the near future” are zoonotic diseases.

Also, zoonotic diseases cannot be entirely wiped out unless we destroy all the species that serve as reservoirs for these pathogens.

Now add to this the fact that India has a tropical climate, and tropical forests are home to a much larger number of species than other kinds of forest. This means more disease-causing microbes than that in the other parts of the world - the reason why a lot of zoonotic diseases originated in Africa or China.

A recent research paper reported that vegetarians, on account of less exposure to extra-intestinal pathogenic E coli of which poultry and pork are a major reservoir, are less prone to having urinary tract infections.

This might seem a small thing today, but imagine a life without chemical antibiotics and soap, and it becomes clear that these little choices would have made a huge difference in the chances of survival in the societies of the past.