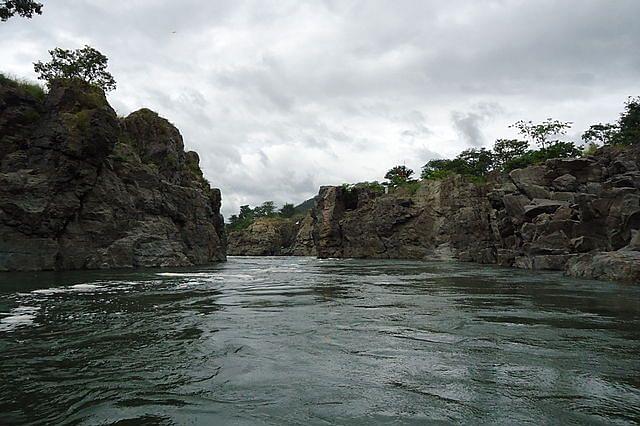 About a week ago, Karnataka Chief Minister B S Yediyurappa said that the state would proceed with the long-pending Mekedatu dam project in the Kaveri basin. The project is expected to cater to fulfil the drinking water needs of the Bengaluru Metropolitan City and surrounding areas.

Previously, Yediyurappa had written a letter to Tamil Nadu Chief Minister M K Stalin, suggesting talks on the issue to come to a negotiated settlement. However, Stalin didn't explicitly react to Karnataka CM's offer and instead called an all-party meeting scheduled to happen today in Chennai.

The dispute is not limited to the drinking water needs of Bengaluru residents and the agricultural needs of the farmers of Tamil Nadu, it has also flared ethnic tensions in the past.

In 2016, the protests over Kaveri quickly escalated to violence in both states, leaving two people dead. Over 300 persons were arrested for instigating agitations in Karnataka. Effigies and buses were set on fire, establishments owned by natives of the opposing state were attacked, and businesses and schools were shut down.

The river Kaveri flows at an elevation of 1,341 m at Talakaveri on the Brahmagiri range near Cherangala village of Kodagu or Coorg district of Karnataka. Its basin extends over states of Tamil Nadu, Karnataka, Kerala and the union territory of Puducherry, and falls into the Bay of Bengal.

The river descends from the South Karnataka plateau to the Tamil Nadu plains through the Sivasamudram waterfalls. Here, the river branches off into two and descends in a series of falls and rapids. These are utilized for power generation by the power station at Shivanasamudram.

Mekedatu, which translates to 'goat's leap', is a wide gorge through which the river flows after its two branches join. The river continues its journey to form the boundary between Karnataka and Tamil Nadu for a distance of 64 km.

The Kaveri is reportedly one of the best-regulated rivers, and 90 to 95 per cent of its irrigation and power production potential already stands harnessed.

The dispute over sharing the water of Kaveri is old and goes back to the British era when Karnataka housed the Mysuru kingdom while the British ruled Tamil Nadu as 'Madras Presidency'. During this time, the two signed agreements over sharing the water of the river. The agreements postulate that the upper riparian state (Karnataka) must obtain the consent of the lower riparian state (Tamil Nadu) for any construction activity on the river.

After independence, Karnataka argued that the pre-independence agreements were invalid and skewed heavily in favour of the Madras Presidency. It demanded a renegotiated settlement based on "equitable sharing of the waters". Tamil Nadu, on the other hand, said that it had already developed huge tracts of land and hence needed the high supply of water. Any change, it argued, would adversely affect the livelihood of millions of farmers in the state.

The issue could not be resolved by negotiations, and a dispute tribunal was created by the centre in 1990. The Cauvery Water Disputes Tribunal, after hearing arguments of all the parties involved for the next 16 years, delivered its final verdict on 5 February 2007. The verdict was notified by the union government in 2013.

The final order made allocations to all the riparian states — Karnataka, Kerala and Tamil Nadu, apart from the union territory of Puducherry. It also stipulated "tentative monthly deliveries during a normal year" to be made available by Karnataka to Tamil Nadu.

An appeal against the tribunal order was filed in the Supreme Court (SC), which, in a February 2018 judgment, revised the water allocation and increased the share of Karnataka by 14.75 thousand million cubic feet (tmc ft) at the cost of Tamil Nadu. The enhanced quantum comprised 4.75 tmc ft for meeting drinking water and domestic requirements of Bengaluru and surrounding areas.

It is a project proposed by the government of Karnataka which envisages the construction of a reservoir of 67.16-tmc ft capacity, about 4 km away from the Karnataka-Tamil Nadu border, along with a hydropower plant of nearly 400 MW capacity. The estimated cost of the project is around Rs 9,000 crore.

Tamil Nadu opposes the project because it feels that it will adversely impact the amount of water it gets, particularly from "uncontrolled catchments". It argues that the Mekedatu project will impound and divert their flow.

The flow from "uncontrolled catchments" was taken into account by the Tribunal in the 2007 order. As per an estimate, around 80 tmc ft of water flows annually to Tamil Nadu, thanks to the catchments, including the area between Kabini dam in Karnataka and Billigundulu gauging site on the inter-State border, and the area between the Krishnaraja Sagar dam in Karnataka and the gauging site.

On the other hand, the Karnataka government has argued that even after the project, Tamil Nadu will get its designated share of water. It says that the proposed reservoir will regulate the flow to Tamil Nadu on a monthly basis, as stipulated by the orders of the Tribunal and the SC. Hence, the project will not affect the interests of Tamil Nadu farmers, Yediyurappa has said.