Explained: The 'Maidan Revolution' Of 2014, Because Roots Of Russia-Ukraine Crisis Go Back To It 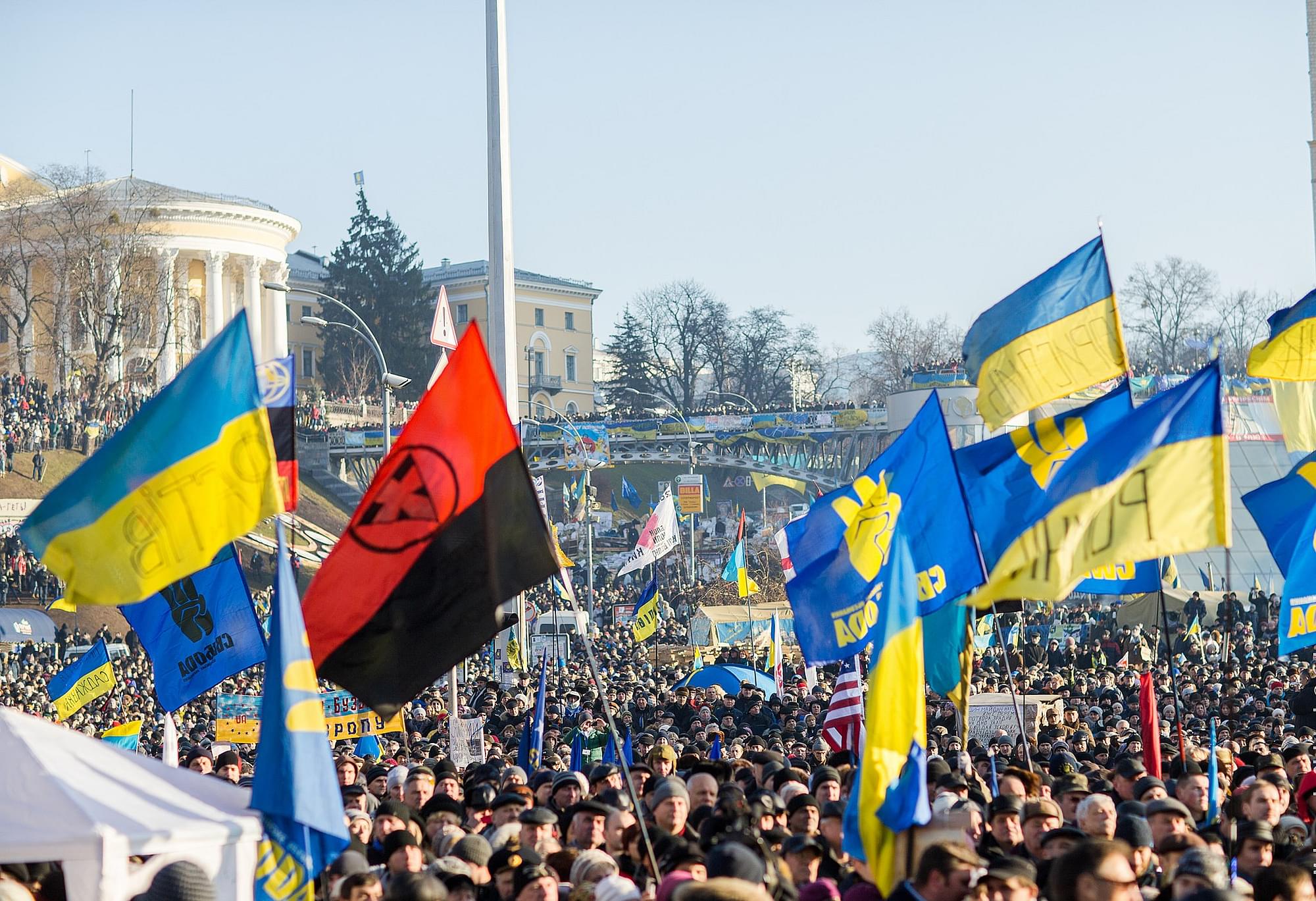 Russian President Vladimir Putin today early morning announced a military operation in the separatist Donbass region of Ukraine purportedly to defend separatists in the east of the country against Ukrainian aggression. "I have made the decision of a military operation," he said in a surprise statement on television shortly before 6 am.

In an address broadcast on Russian National Television, he urged Ukrainian forces to lay down their arms and go home, saying all responsibility for possible bloodshed will be entirely on the conscience of the Ukrainian government.

In a speech on Monday (21 February), Putin had defended amassing of the troops in the region for "peacekeeping" purposes. He had criticised the Ukrainian government as a "puppet" of United States and the West, and signed a decree recognising the separatist regions of Ukraine.

The military operation by Russia comes eight years after a pro-democracy protest in Kyiv had forced a Russia-backed President Viktor Yanukovych out of power during the Maidan revolution, Ukraine's 2014 popular uprising, also known as the "Revolution of Dignity".

In the protests that lasted for months, thousands took the streets and around 25,000 people camped out in Maidan, Kyiv's central square. The protests were precipitated after Yanukovych refused to sign a popular trade agreement with the European Union in November 2013 under pressure from Russia. The protesters were were beaten and shot at by the government security forces. Around 100 activists were reportedly killed, most felled by special police snipers.

The Rada (unicameral parliament of Ukraine) then elected an acting prime minister and acting president who announced their goals of signing the association agreement with the EU. A presidential election in May was followed by election of a new Rada in October. The new governing elites undertook several ("de-communization") reforms including fiscal management, pension reform, an e-declaration system for officials to declare their wealth, an e-procurement system for government purchases, energy sector and price reform to decrease the huge subsidy burden on the government, and weaning the country off of natural gas from Russia.

Russia responded by annexing the Crimean peninsula in March. The next month, fighting broke out in the separatist region of Donbas, purportedly led, funded and armed by Russia. Since then, thousands of lives have been lost in the fighting between separatists and the Ukraine security forces.

Svitlana Zalishchuk, a prominent Maidan uprising activist and former politician, was quoted as saying by CBS News on Sunday (20 February), the anniversary of the Maidan Revolution:

"It's as if he [Putin] says: 'Ok, you won the revolution, but here is the military scenario, and we'll see who's going to win now'.. Putin is mocking the anniversary of the Revolution of Dignity. He deliberately is doing that, kind of to show that you do not have this day, you do not have this anniversary and it's not over.. The choice you made in 2014, you think that you are already on the right path, but you didn't pay the price. And let's see where it goes, the path you chose."

"When Putin is renegotiating the world order, the West still is negotiating the de-escalation in Ukraine. And this is the problem at the moment. Because it's not just about Ukraine, obviously, it's about Putin. He wants to have this informal veto right on global decision-making. He wants to sit at the global table and saying what choices countries should make, especially his neighbors or post-Soviet Union countries," she added.