Explained: What The Deployment Of Jaguar Fighters In Andaman And Nicobar Islands Means 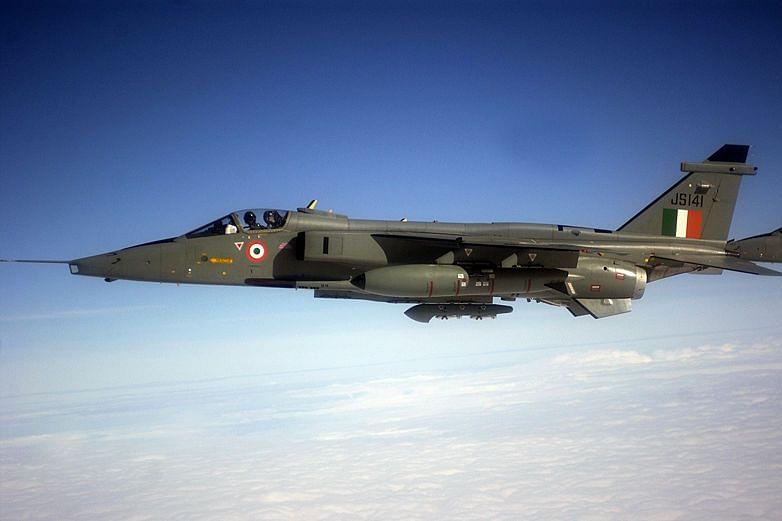 In the middle of its most serious standoff with China in decades, India has deployed Jaguar fighters in the Andaman and Nicobar Islands in the eastern Indian Ocean.

The Indian Air Force (IAF), it is believed, has flown at least 10 Jaguar fighters to the Car Nicobar Air Base in the Andaman and Nicobar Islands.

This deployment of the fighters, which took place earlier this month, came in conjunction with at least three naval exercises in areas around Andaman and Nicobar Islands over the last few weeks, including two Passex or passage drills with the navies of Japan and the US.

In all probability, the fighters deployed at Car Nicobar are the maritime strike variant of Jaguar, called Jaguar IM. While there is no confirmation, the fighters could be from the Number 6 Squadron 'Dragons’ based at the Jamnagar Air Force Base in Gujarat.

The first Jaguars (not the maritime variant) of the IAF had landed at the Jamnagar airbase from the United Kingdom this month nearly 40 years ago. While India acquired Jaguars in large numbers, the maritime variant forms a small part of IAF's fleet of Jaguar fighters.

Over the years, the IAF has upgraded its Jaguars to squeeze in new capabilities. The most recent upgrade involved the installation of an active electronically-scanned array (AESA) radar manufactured by Israel’s Elta Systems as part of the Display Attack Ranging Inertial Navigation III (DARIN III) upgrade programme of the IAF. Jaguar was the first fighter in the IAF's fleet to get an AESA radar.

AESA radar gives the Jaguars a new lease of life with the capability to track multiple targets at greater distances, much more accurately than before, and resist jamming.

In other words, Jaguars of the IAF can now track multiple enemy targets in air and on the ground during an operation, and guide missiles towards them while resisting enemy’s attempt at jamming.

Another upgrade, which came in the form of the integration of the Harpoon missile, has added more lethality to the platform, which some said was fast becoming obsolete.

Equipped with these capabilities, and deployed in Andaman and Nicobar Islands, the Jaguars of the IAF can prove to be a headache for China —accentuate its ‘Malacca Dilemma' — if the conflict unfolding in the Himalayas escalates and expands to the maritime domain.

Along with assets of the Indian Navy, the Jaguars will play a vital role in the interdiction of Chinese shipping if India decided to do that in the event of war.

The Malacca Strait, a narrow stretch of water between the Malaya Peninsula in the north and the Indonesian island of Sumatra in the south, is crucial for China. It may not be the only shipping channel connecting the Indian Ocean with the South China Sea, but it is the most viable and widely used one. A large part of global seaborne trade (40 per cent by some accounts), including much of China's imports and exports, passes through the Malacca Strait.

In a long drawn out war with the US or India, a blocked Malacca Strait, if it lasts long enough, can starve China of resources critical for its industry.

Additionally, if China, in the event of war with India, decided to deploy its naval assets in the Indian Ocean region, maintaining supply lines through the Malacca Strait will prove difficult with the presence of Indian Navy warships and fighters of the IAF deployed in Andaman and Nicobar Islands. India can interdict these supply lines, forcing Chinese assets to depend on its limited bases in the Indian Ocean.

Equipped with the 124-km-range Harpoon anti-ship missiles, the Jaguars flying from Car Nicobar can target enemy ships exiting the Malacca Strait and moving towards Andaman and Nicobar Islands from standoff ranges.

This scenario, experts say, is unlikely unless the situation escalates drastically and an all out war breaks out. And in the current situation, the deployment of Jaguars in Andaman and Nicobar Islands is mostly aimed at deterring Chinese misadventures in the Indian Ocean region.

The People’s Liberation Army Navy, over the last decade, has significantly increased its presence in the Indian Ocean. Chinese submarines make regular forays into the Indian Ocean, as do its “research vessels” studying submarine routes and mapping the ocean floor.

In September last year, the Indian Navy forced out a Chinese research vessel after it entered India’s exclusive economic zone in the Andaman Sea.