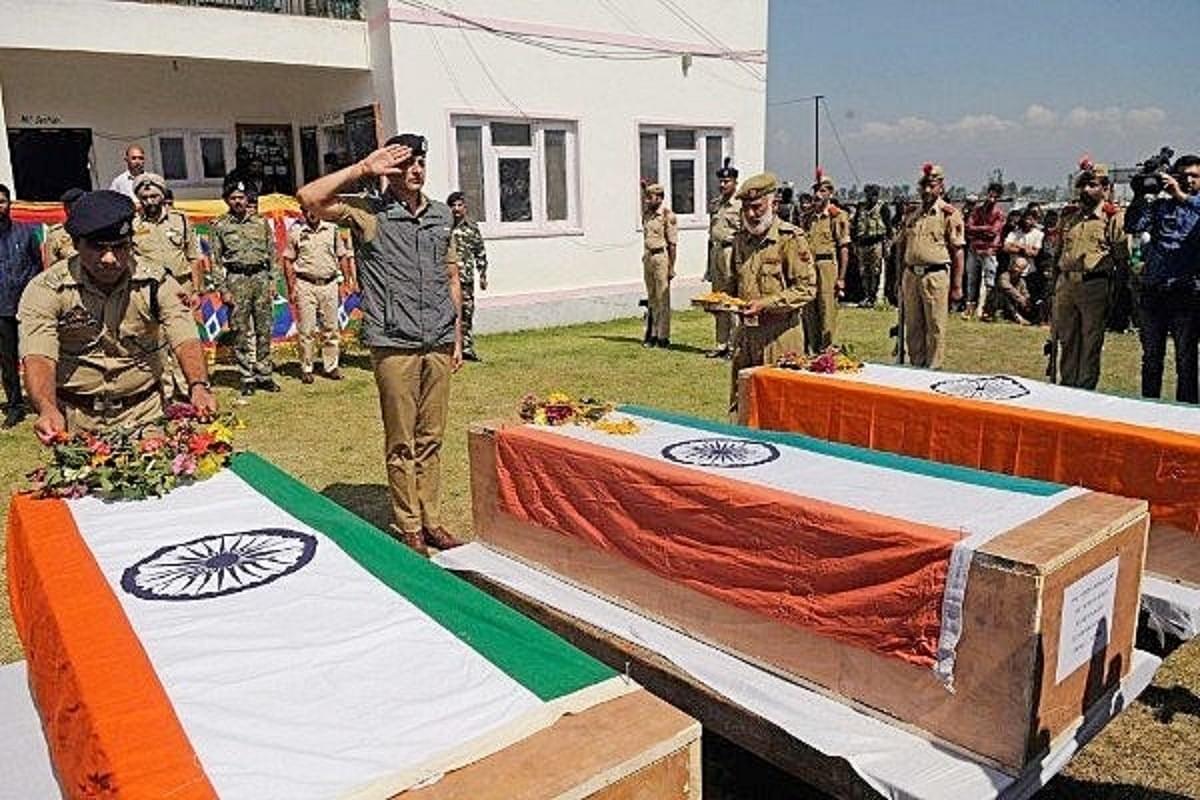 The government has, for the first time, decided to invite the family members of paramilitary martyrs on the National Police Memorial Day on 21 October, an official said on Tuesday (21 September).

Around two hundred members from the families of martyrs of all Central Armed Police Forces (CAPF) and police organisations will be invited to the function this year, a security force official told IANS.

He also said that this year, the event will continue for ten days from 21 to 30 October, and for the first time, the martyrs' clips of three to five minute, pictures and write up will be displayed at the National Police Memorial threatre.

The respective CAPFs will arrange the accommodation and transport facility for these families and also appoint liaison officers (one for 25 to 30 members) for their convenience.

The Home Affairs Ministry has asked the all CAPFs to appoint a nodal officer from each force to identify the families of the for this occasion.

Every year, the National Police Memorial Day commemorates the 34,844 police personnel from all of the central and state police forces in India who have died in the line of duty since the nation's Independence in 1947. These police personnel made the supreme sacrifice while fighting against terrorism, militancy and insurgency in Jammu and Kashmir, Punjab, Assam, Nagaland, Manipur, Mizoram and Maoist-affected regions in India. The memorial also commemorates the large number of police lives which were lost in prevention of crime and in maintenance of law and order.

This year, the Day will be dedicated to 'Covid warriors', commemorating their service during the pandemic.