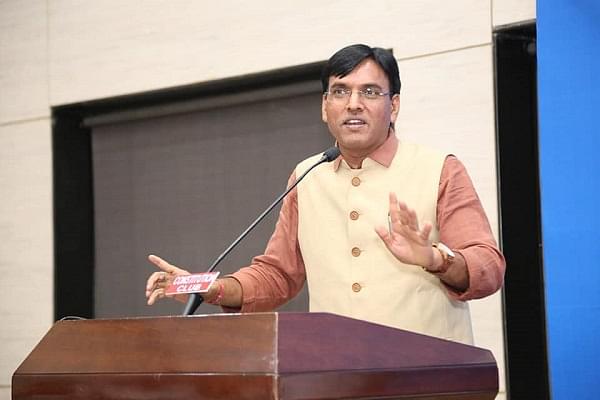 India will focus on scaling up the production of fertilisers in the country through indigenous raw materials, Union Minister for Chemicals and Fertilisers Mansukh Mandaviya said on Monday (26 July).

Mandaviya made the remarks while chairing a high-level meeting on Monday to assess the situation of raw materials in the country for the manufacturing of fertilisers.

While addressing the meeting, Mansukh Mandaviya said that India is committed to reduce dependency on fertilizer imports and to gain ‘AatmaNirbharta’ in all fertilisers.

In order to achieve the goal of ‘AatmaNirbharta’ in fertiliser production, the ministry of chemicals and Fertilisers is working continuously and exploring newer avenues.

“To achieve this goal, we have to focus on scaling up production of fertilizers through indigenous raw materials. Currently we are dependent on other countries for raw materials to produce DAP (Diammonium Phosphate) and SSP (Single Super Phosphate) primarily. India of the 21st century needs to reduce its dependencies on import. In order to achieve that goal, we have to explore indigenous deposits of Phosphatic rock and Potash and make it available to indigenous industries to produce DAP, SSP, NPK (Nitrogen, Phosphorous and Potassium) and MOP (Muriate of Potash) to cater the needs of Indian farmers," Mandaviya said.

Rock Phosphate is the key raw material for DAP and NPK fertilisers. Currently India is 90 per cent dependent on imports for the Rock Phosphate. Volatility in international prices affects domestic prices of fertilisers. It hinders the progress and development of the agriculture sector in the country and puts extra pressure on our farmers, the minister added, according to a release by the Ministry of Chemicals and Fertilisers.

Mandaviya added that the Union government is ready with an action plan and will begin meaningful dialogue and deliberations with the states having deposits of mineral resources used for making fertilisers.