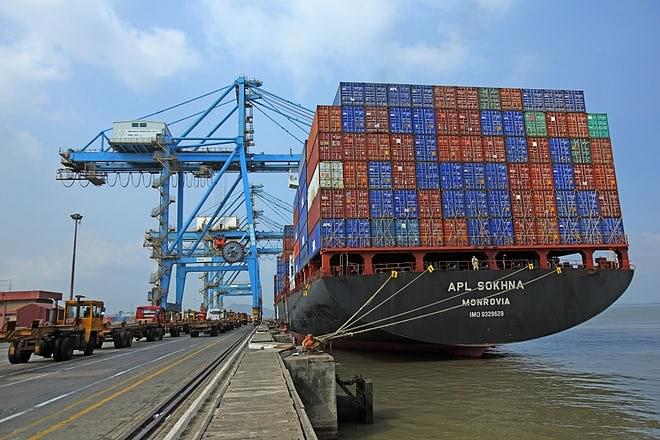 The customs formations across the country has been directed for strict scrutiny of imports. (GettyImages)

Government has directed customs formations across the country for strict scrutiny of all imports from free trade agreement (FTA) countries to prevent entry of goods at concessional duty misusing the country of origin rules.

The idea is to plug third country imports from countries such as China reaching India using the concessional duty or zero-duty benefit available under FTAs.

While India has signed FTAs with several key countries, such as Japan, South Korea, ASEAN members (which include Thailand, Singapore and Vietnam), it does not have a similar arrangement with China.

Finance ministry sources said that from 21 September, when new rules of origin under FTAs comes into force, customs officials would strictly verify all major import consignments to check for any misuse of the trade agreement and would also need proper verification documents to be provided by importers.

The FTA imports, particularly of electronic items, refrigerators, air-conditioner, camera, mobiles and telecom equipment, set-top box, parts like head phones, camera modules, aggarbatti, and other items in which rampant misuse is likely, would be under the lens and Importers claiming benefits will face strict scrutiny by customs.

From 21 September, the new rules - Customs (Administration of Rules of Origin under Trade Agreements) Rules, 2020 or CAROTAR comes into effect that casts a greater onus on the importer to satisfy customs officials that the goods being imported and claiming FTA benefits meet the 35 percent value addition in the country of export.

Preferential duty would be denied if sufficient declaration is not given by the importer. Also, if it is found that benefit has been wrongly availed in respect of a consignment, the FTA benefit would be denied in subsequent consignments of identical goods.

The customs department is explaining the new Rules and necessary precautions that importers require to take to comply with these Rules so as to avoid hassles later, said the Finance Ministry Sources adding that stricter provisions on rules of origin have been introduced as the domestic industry was claiming serious damage on accounts of these imports and had been urging the government to take strict action to curb such irregular imports done by flouting FTA provisions.

A look at trade with FTA countries makes this point clearer. While India's exports to FTA partner countries has remained flat, imports have risen rapidly with the trade deficit widening from $5 billion in 2000 when ASEAN FTA was implemented to more than $22 billion now.

FinMin sources said that it will be the responsibility of importers to ensure that the goods being imported by them should have been only manufactured or produced on the foreign countries but also minimum 35 percent value addition have taken place in those countries.

Now the importer must possess all such proof and on being asked by the Customs, he shall have to produce these proof demonstrating the correctness of 35 percent value addition. Mere a certificate by the exporters would not suffice.

If importers are not able to satisfy the customs that good have been manufactured with at least 35 percent value addition, FTA benefits would be denied.

FinMin sources said that to ensure that FTA benefit is not misused, the rules provide for temporary denial of preferential treatment to goods where further verification has been initiated. In such cases the importer shall have either to deposit full duty or furnish bank guarantee/security equal to the benefit claimed in terms of duty concession.

Also, if it is found that benefit has been wrongly availed in respect of a consignment, the FTA benefit would be denied in subsequent consignments of identical goods (in terms of country of exports and exporter, etc.) and importer shall have to pay full applicable duty.

FinMin sources explained that the ASEAN FTA allows imports of most of the items at nil or concessional basic customs duty rate from the 10 ASEAN member countries.

Major imports to India are coming from 5 ASEAN countries -- Indonesia, Malaysia, Thailand, Singapore and Vietnam. The benefit of concessional customs duty rate applies only if ASEAN member country is the country of origin of goods. This means that a goods originating from China and routed through these countries will not be eligible for customs duty concessions under ASEAN FTA.

"The country of origin is determined by application of certain set of conditions as prescribed in the FTA agreement itself. In respect of goods, other than natural products native to these countries, the required condition is that a value addition of at least 35 per cent of the export value of goods must have been contributed by the ASEAN member country", added the sources.

"In addition, the goods should undergo some appreciable transformation (as prescribed for product separately in the FTA by way of product specific criterion)", said the same Source, illustrating that if a mobile is exported from, say, Indonesia to India, then it would qualify of being Indonesian origin only if such mobile is made significantly in Indonesia and 35 per cent of its FoB value is contributed by Indonesia.

At present, a country of origin certificate, issued by notified agency in the country of export, is produced by the importer and there is no additional obligation on importer to satisfy him of origin of goods even though he claims substantial benefit.

Fin Min sources said that investigation into FTA imports in last few years has revealed that the rules of origin, under respective FTAs, were not being followed in the true spirit. In a number of cases, it was discovered that items from Non-ASEAN countries were being diverted into India through ASEAN countries with mere packing/repacking, assembly or some minor processes and declaring 35 per cent value addition or wrongly claiming significant transformation in ASEAN member country.

Another source in the know of the matter said that this practice has been rampant in electronic items like mobile, TVs, set-top box, air conditioners, electronic parts and telecom equipment. The FTA partner countries have been exporting these goods without having the necessary technological capacity to achieve required value addition.

Moreover, rules of origin were flouted even in products such as aggarbatti, arecanut, black pepper, etc. The Certificates of Origin were joyously issued by the agencies in the country of exports without any accountability and if verification is initiated, these agencies either do not respond or respond casually.