First Scorpene-Class Submarine To Be Fitted With Indian AIP System, Will Allow It To Remain Submerged For Longer 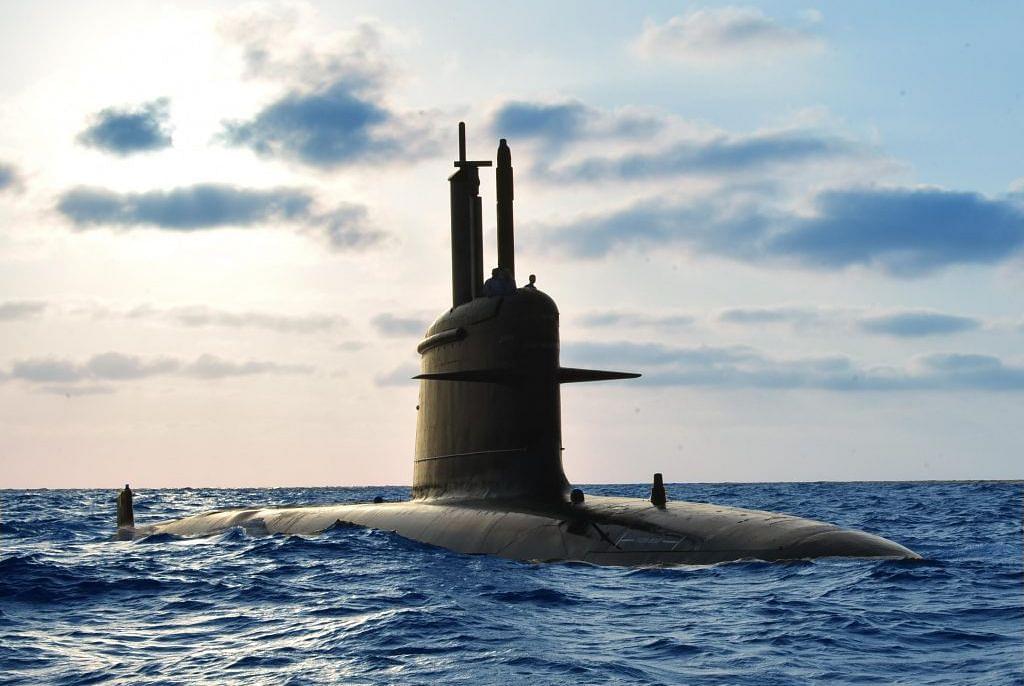 An Scorpene-class submarine of the Indian Navy.

INS Kalvari, the first Scorpene-class submarine built for the Indian Navy, will be fitted with an indigenous Air Independent Propulsion (AIP) system developed by the Defence Research and Development Organisation (DRDO), the Ministry of Defence (MoD) has said in a statement.

The development comes on the day the fifth submarine of the class, INS Vagir, entered service with the Indian Navy.

"Fuel Cell-based AIP system of DRDO's Naval Materials Research Laboratory will soon be fitted onboard INS Kalvari," the MoD said today (23 January), adding, "An agreement was signed between senior officials of NMRL and Naval Group France in Mumbai on 23 January to extend cooperation to enter into the detailed design phase for integration of indigenous AIP in the Kalvari class."

"As part of the agreement, Naval Group France will certify the AIP design for integration in the submarines," the MoD said.

AIP system gives a submarine the ability to remain submerged underwater, away from enemy sensors, for a long time without surfacing.

A diesel-electric boat not equipped with an AIP has to snorkel frequently to recharge its batteries which power its propellers and other equipment.

The process of snorkeling involves travelling just below the surface of the water with the submarine’s periscope and generator exhaust pipe above the surface.

Submarines have to rise to periscope depth and extend the snort mast above the water line — every day or two in some cases — so as to ingest air needed for running noisy diesel generators (which require atmospheric air) to charge their batteries. This significantly increases the risk of detection.

Radars on modern anti-submarine warfare platforms, such as the Telephonics’ AN/APS-153(V) on the Indian Navy's MH-60R helos to detect Chinese boats in the Indian Ocean, can easily detect periscope and exhaust pipes, taking away the element of surprise critical for submarines.

An AIP system reduces the need for snorkeling by enabling it to generate electricity for charging its batteries while completely submerged.

As a result, it improves a submarine’s ability to remain undetected.

Most AIP systems installed on submarines use liquid or compressed oxygen or hydrogen fuel cells to reduce the need for external sources. DRDO’s AIP is based on Phosphoric Acid Fuel Cell technology, which offers relatively longer life and more efficiency, which makes it cost-effective.

INS Kalvari, the lead boat of the Scorpene-class, was inducted in 2017. Since then, INS Khanderi, INS Vela, INS Karanj and INS Vagir have also entered service. The sixth of the class, named ‘Vagsheer’ after a Vela-class diesel-electric submarine of the Indian Navy commissioned in 1973, is currently under construction and is expected to be ready in 2024.