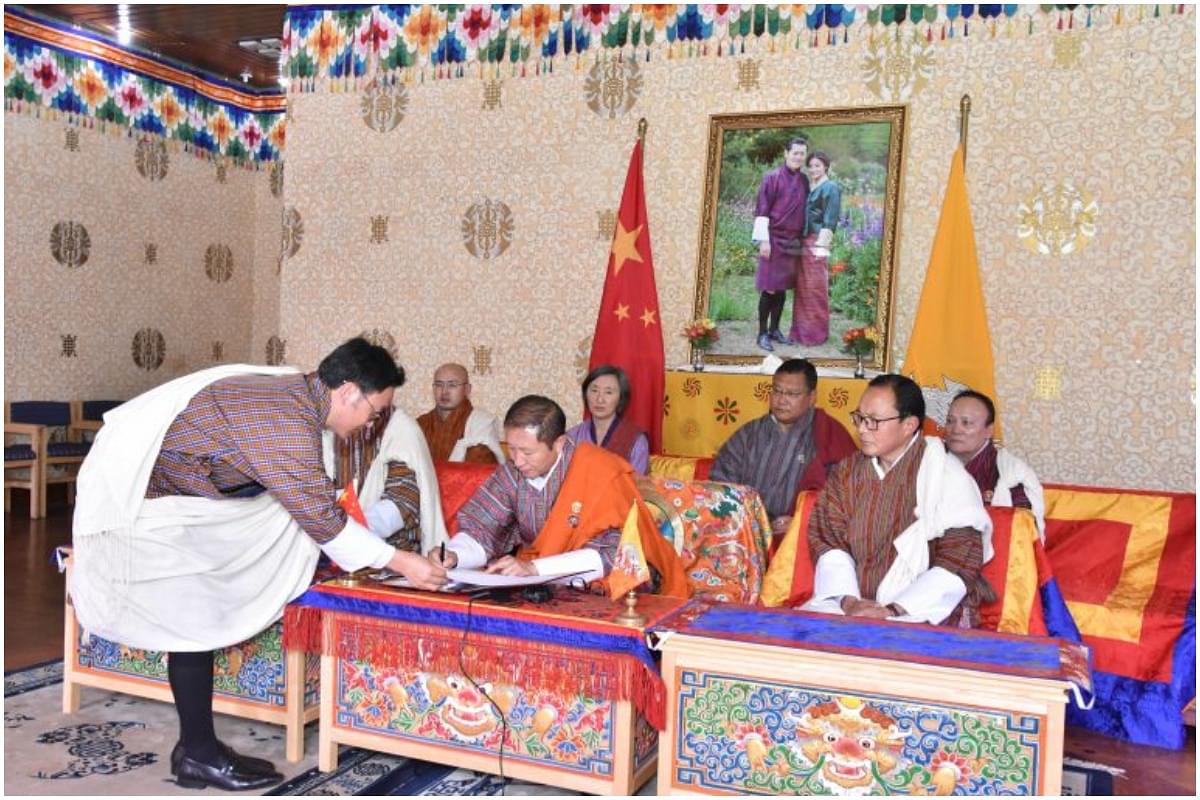 On Thursday (14 October), China and Bhutan agreed on a “three-step roadmap” to speed up the talks that will “break the deadlock” on the border dispute between the two countries. A memorandum of understanding (MoU) was signed at a videoconference. The border talks have been going on between both the countries since 1984, with 20 rounds already completed.

The Chinese state media hailed the MoU as the first “breakthrough” in the border talks. "The MoU will make a meaningful contribution to speeding up the negotiation on demarcation and promoting the process of establishing diplomatic ties between the two countries," the Chinese foreign ministry was quoted as saying in a statement by The Hindu.

The statement also quoted Bhutan Foreign Minister as saying that the small mountainous nation “will work with China to implement the MoU, unswervingly push forward the negotiation on demarcation, and be committed to strengthening bilateral relations”.

Bhutan’s foreign ministry issued a brief press release and the Chinese side issued a statement on the agreement, however, neither side released any details on what exactly the roadmap entails.

The Chinese Communist Party-run Global Times quoted Wang Shida, a South Asia scholar at the China Institutes of Contemporary International Relations (CCIR), a think-tank affiliated to the Chinese government as saying that the MoU “is a milestone and would help break the deadlock.”

He further said, “The boundary issue between China and Bhutan is special because it not only relates to Bhutan but also has become a negative factor for China-India ties. If China and Bhutan make progress in solving boundary disputes, India will have fewer chances and excuses to make troubles on border areas.”

The Chinese strategy regarding the border disputes has been one of 'salami slicing' or 'cabbage approach'. China is known to keep moving on with the talks while blocking any real progress towards resolution. Meanwhile, it keeps carrying on with furtive, incremental encroachments by militarising the border areas, building infrastructure.

Under the 'cabbage strategy', China will first assert a territorial claim and gradually surround the area with multiple layers of security, effectively denying access to the other country to its own territory. This way, a dispute that didn't exist before is constructed. China then asserts its claim through periodic incursions, increasing their frequency and duration, ultimately pressuring the rival to cut a deal on its terms.

What, then, explains China's willingness, if any, to resolve border dispute with Bhutan faster?

Experts say that rising border skirmishes with India are the reason, and while China encroaches into Indian territory, it wants to wean away India's neighbours so that a united bloc/grouping cannot arise against its aggression.

China-affiliated analysts say that the border talks between China and Bhutan had stalled after the Doklam stand-off because of India, wary that the final deal would undermine its interests, exerting influence on Bhutan. Doklam is the strategically located along the India-China-Bhutan trijunction. Reportedly, after the Doklam standoff, China and Bhutan did not hold a meeting for border talks for a long time.

As the talks go forward, it remains unclear to what extent China would be willing to make territorial concessions, which a settlement would require from both sides.

Earlier negotiations between Bhutan and China had dealt with territories in Bhutan’s north and west, including Pasamlung and Jakarlung valleys in the north and Doklam to the west. Previously, China offered a package solution that would see Beijing controlling Doklam and ceding the northern valleys to Bhutan. Last year, China also tried to pressurise Bhutan by bringing Sakteng region into the dispute.

As per reports, since the 2017 Doklam stand-off, Beijing is already strengthening its control over a large part of the plateau, barring the the face-off site where India had objected to a road being built that would push the tri-junction point further south.

China has faced little opposition from Bhutan against incursions into its territory. It is continuing with building infrastructure in the region. Chinese media last year even showed images of a newly built village in Doklam.

The Bhutan-China border talks roadmap is expected to follow the three-step process of the India-China border talks. It remains to be seen, however, if China really wants to resolve the dispute on mutual terms, or is just buying time for further aggression.