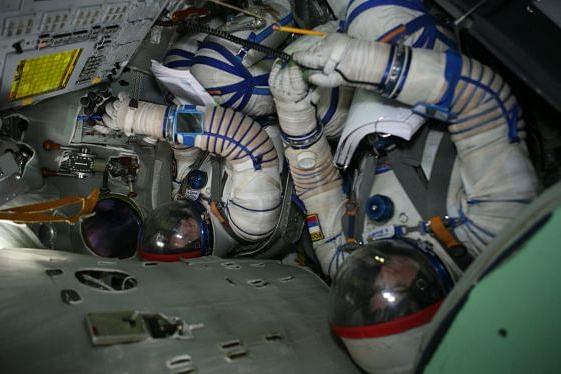 After suspending the training of the four Indian astronaut-elects at the end of March due to Coronavirus pandemic, the Russian State Space Corporation’s subsidiary Glavkosmos has resumed their training at its facility in Russia.

“Gagarin Research & Test Cosmonaut Training Center (GCTC) on May 12 resumed training of the Indian cosmonauts under the contract between Glavkosmos, JSC (part of the State Space Corporation Roscosmos) and the Human Spaceflight Center of the Indian Space Research Organisation (ISRO),” Glavkosmos said on Thursday (21 May).

All four Indian cosmonauts undergoing training in Russia are in good health and feel fine, it added.

“This week, the GCTC specialists are giving theoretical classes on the basics of astrogation, the basics of manned spacecraft control, and the Russian language to the Indian cosmonauts,” it said.

"GCTC continues to observe anti-epidemic regulations according to which sanitary and hygienic measures are carried out at all the GCTC facilities, social distancing measures are applied and the presence of unauthorised persons is restricted; all employees and cosmonauts must wear medical masks and gloves,” Glavkosmos said.

The contract for the training of Indian astronauts between Glavkosmos and the Human Spaceflight Centre of the Indian Space Research Organisation was signed on 27 June 2019 and four pilots from the Indian Air Force (IAF) were sent to GCTC for training in space travel and other aspects as part of India's maiden human space mission Gaganyaan.

Their training in Russia started on 10 February. Since the end of March, due to the global pandemic of the new coronavirus infection, a lockdown was recommended for the Indian astronauts which they carefully observed, Glavkosmos added.

The 12-month training programme includes comprehensive and biomedical training, which will be combined with regular physical practices.

"In addition, they will study in detail the systems of the Soyuz manned spaceship, as well as they will be trained in short-term weightlessness mode aboard the special Il-76MDK aircraft.

"The Indian pilots will also be trained to act correctly in case of abnormal landing of the manned spaceship descent module in various climate and geographic zones. The most part of the training will take place at the GCTC facilities," Glavkosmos had said earlier.