George Soros Terms Xi Jinping As Greatest Threat To World, Says He Will Toppled Due To Massive Discontent Over Economy, Covid Controls 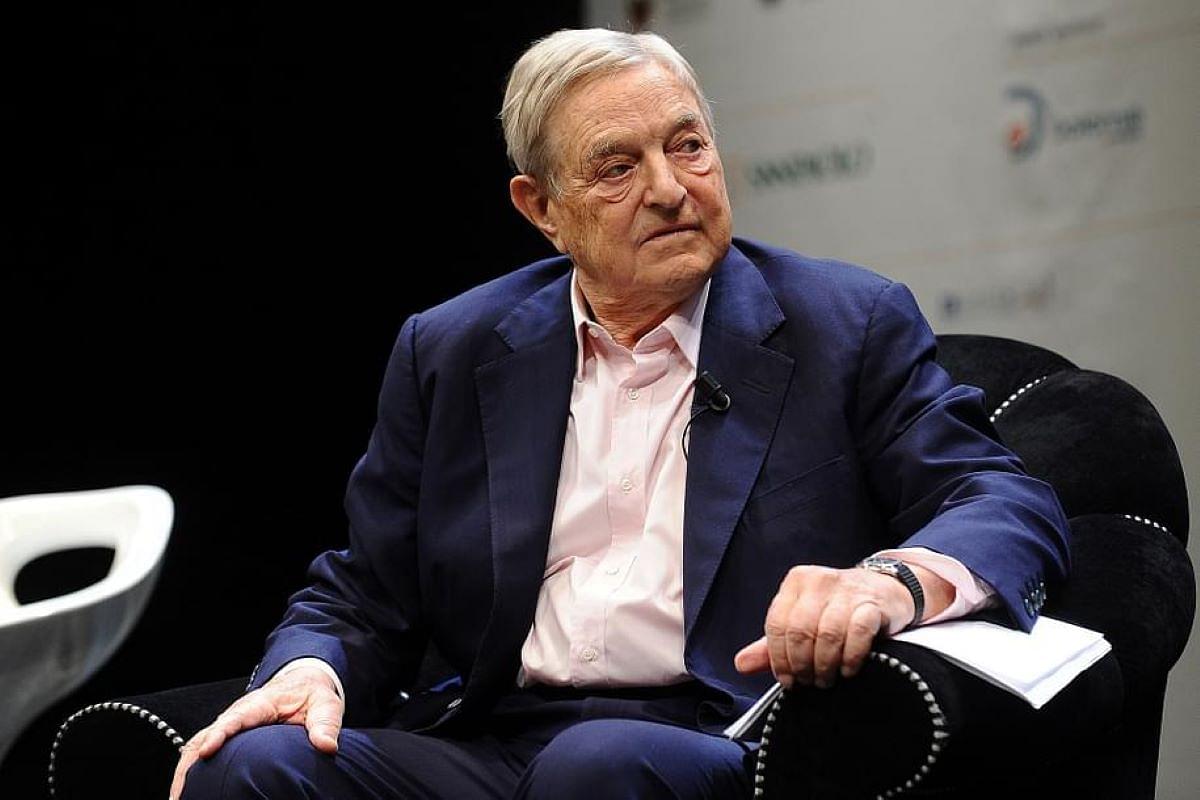 George Soros, billionaire businessman and founder of the controversial Open Societies Foundations, has said that China is facing a serious economic crisis and predicted that president Xi Jinping’s carefully choreographed elevation to the level of Mao Zedong and Deng Xiaoping may never materialise.

Soros made these remarks on Monday (Jan 31) while delivering an address at an event organised by thinktank Hoover institute on the topic of 'China on the Eve of the Winter Olympics: Hard Choices for the World’s Democracies.'

Pointing out that Xi Jinping has many internal enemies and a fight brewing within the CCP that is so sharp that it has found expression in various party publications, Soros said that no one is still opposing him publicly because he controls all the levers of power. Soros claimed that Xi is under attack from those who are inspired by Deng Xiaoping’s ideas and want to see a greater role for private enterprise in Chinese Economy.

"It is to be hoped that Xi Jinping may be replaced by someone less repressive at home and more peaceful abroad. This would remove the greatest threat that open societies face today and they should do everything within their power to encourage China to move in the desired direction."

Terming China as the the world’s most powerful authoritarian state, Soros compared the Beijing Winter Olympics to the Berlin Olympics of 1936 when Germany was Nazi regime Germany in 1936. Soros said organizing sporting spectacle was viewed by Xi as a way to score a propaganda victory for its system of strict controls.

Soros said China's zero-covid policy is having a negative effect on economic activity and will inflict severe hardship on the "people who are instantaneously quarantined wherever they are and their complaints can’t be silenced."

Accusing Xi Jinping of dismantling Deng Xiaoping’s achievements, Soros said that the Chinese president is bring the private companies established under Deng under the control of the CCP and undermining the dynamism that used to characterize them.

"In contrast to Deng, Xi Jinping is a true believer in Communism. Mao Zedong and Vladimir Lenin are his idols. At the celebration of the 100-year anniversary of the CCP he was dressed like Mao while the rest of the audience was wearing business suits." Soros said

China's real estate boom was based on an "unsustainable" model that benefited local governments and encouraged people to invest the bulk of their savings in property, Soros said.

Government policies designed to curb the boom made it difficult for indebted real estate behemoth Evergrande to pay its debts, he added.

"The model on which the real estate boom is based is unsustainable. People buying apartments have to start paying for them even before they are built. So, the system is built on credit. Local governments derive most of their revenues from selling land at ever-rising prices." Soros said.

"Eventually, prices had to rise beyond the level that ordinary people can afford. That happened in the middle of 2021. By then, the boom had grown to an unhealthy size. It accounted for nearly 30% of the economy and it was eating up an ever-increasing amount of credit." he added.

"This is not widely known, but it will aggravate the real estate crisis, produce labor shortages, fiscal strain and a slowdown in the economy." Soros said.

Contrary to the prevailing narrative, Soros said that China's handling of pandemic will potentially serious trouble for Xi Jinping

"Xi Jinping has also encountered serious problems with vaccines. The Chinese vaccines were designed to deal with the Wuhan variant, but the world is now struggling with other variants, first Delta and now Omicron. Xi Jinping couldn’t possibly admit this while he is waiting to be appointed for a third term. He is hiding it from the Chinese people as a guilty secret." Soros said.