Over 7,000 ICF Coaches To Be Condemned By Railways To Improve Speed Of Trains; LHB Bogies Will Serve As Replacement 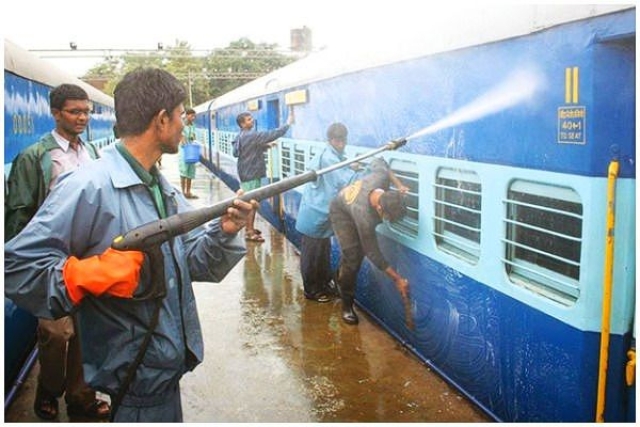 Over 7,000 conventional coaches are expected to be condemned this fiscal as Indian Railways has begun the massive exercise of replacing the entire fleet with German-designed LHB (Linke Hofmann Bosch) coaches in a phase-wise manner, a move aimed at strengthening safety and increasing speed of all trains.

Firming up the action plan, 7,332 coaches manufactured at Chennai's Integral Coach Factory are expected to be condemned this year with the target of doing away with 16,238 such coaches by 2025 and 23,090 by 2030.

Railways has a fleet of 60,000 coaches, out of which a majority are conventional coaches.

It has been decided to reduce the maximum age of conventional coaches from 25 years to 20 years so that those old ones can be replaced with modern LHB coaches, said a senior Railway Ministry official.

As recommended by the Anil Kakodkar committee report on rail safety way back in 2012, the production of conventional coaches at ICF has been totally halted last year and LHB coaches are being manufactured at all three coach manufacturing units now.

Conventional coaches were introduced almost four decades back when the maximum train speed was about 60 kmph, while express trains are running at 110 kmph easily.

So, keeping the comfort level, safety and speed in mind, these conventional coaches are to be replaced with LHB ones, said the official.

As far as safety features are concerned, couplings of ICF coaches are vulnerable to pile-up over one another during accidents and derailments, resulting in a high casualty rate, while LHB couplers are strong enough, preventing a telescopic effect in coaches.

Equipped with crash resistance, LHB coaches are mostly used in high- speed trains and do not capsize in case of accidents.

As per the plan, some of these condemned coaches would be converted into new modified goods (NMG) carriers for transporting automobiles, while some can be used as accident relief trains required after train mishaps.

In the current year, some 825 conventional coaches are slated to be converted into NMG trains for automobile transportation.