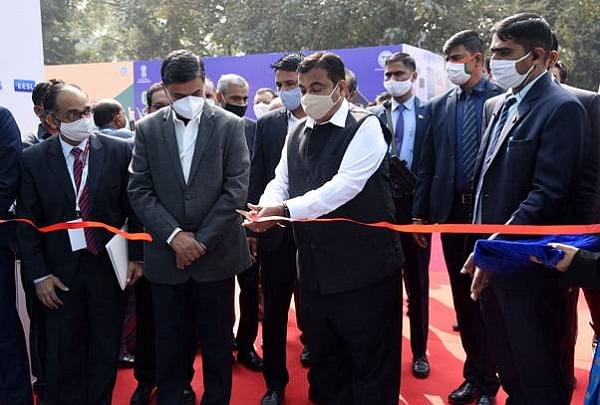 Highlighting electric fuel as a major alternative for fossil fuels which have an import bill of Rs 8 lakh crore, Gadkari said, "When compared to conventional fuels, electric fuel has low cost, reduced emissions and is also indigenous."

He urged the Power Minister, RK Singh, who was present on the occasion, to encourage value addition to carbon dioxide which is released from thermal power plants.

Observing that electrification of public transport is not only economical but also eco-friendly, he also spoke about the opportunities and potential of electric cooking in India.

While speaking about diversification of agriculture towards the energy and power sector, the Transport Minister said that the Ministry of Power should promote generation of green power from agriculture waste and biomass, which can also benefit farmers across the country.

He also said the 'Go Electric Campaign' was an important initiative that would help in reducing the import dependence of our country in the coming years and would be an important step towards a cleaner and greener future.

The campaign is aimed at creating awareness at a pan-India level and is expected to boost the confidence of electric vehicle manufacturers.

The Power Minister expressed confidence that this campaign would go a long way in fulfilling the main objective of energy transition towards a low carbon economy, thereby saving our country and the planet from the adverse impact of climate change.

It will also help in reducing the country's dependence on other countries for energy needs.

Singh also emphasised the use of clean and safe electric cooking and urged citizens to adopt electric cooking, which is safe and can benefit consumers due to low heat wastage.

The launch event also witnessed the unveiling of “Go Electric” logo which depicts the evolution of the e-mobility ecosystem. Audio visual creatives specifically designed for enhancing consumer awareness were also screened during the launch.

An exhibition was organised by industry players displaying different electric vehicles including e-buses, e-cars, three-wheelers, and two-wheelers, apart from available charging options such as fast chargers and slow chargers.

The event was attended by delegates from State governments, PSUs, Original Equipment Manufacturers (OEMs) and other industry players from across sectors.

The Bureau of Energy Efficiency (BEE), under the aegis of the Ministry of Power, has been mandated to undertake an awareness drive for promoting public charging, e-mobility and its ecosystem.