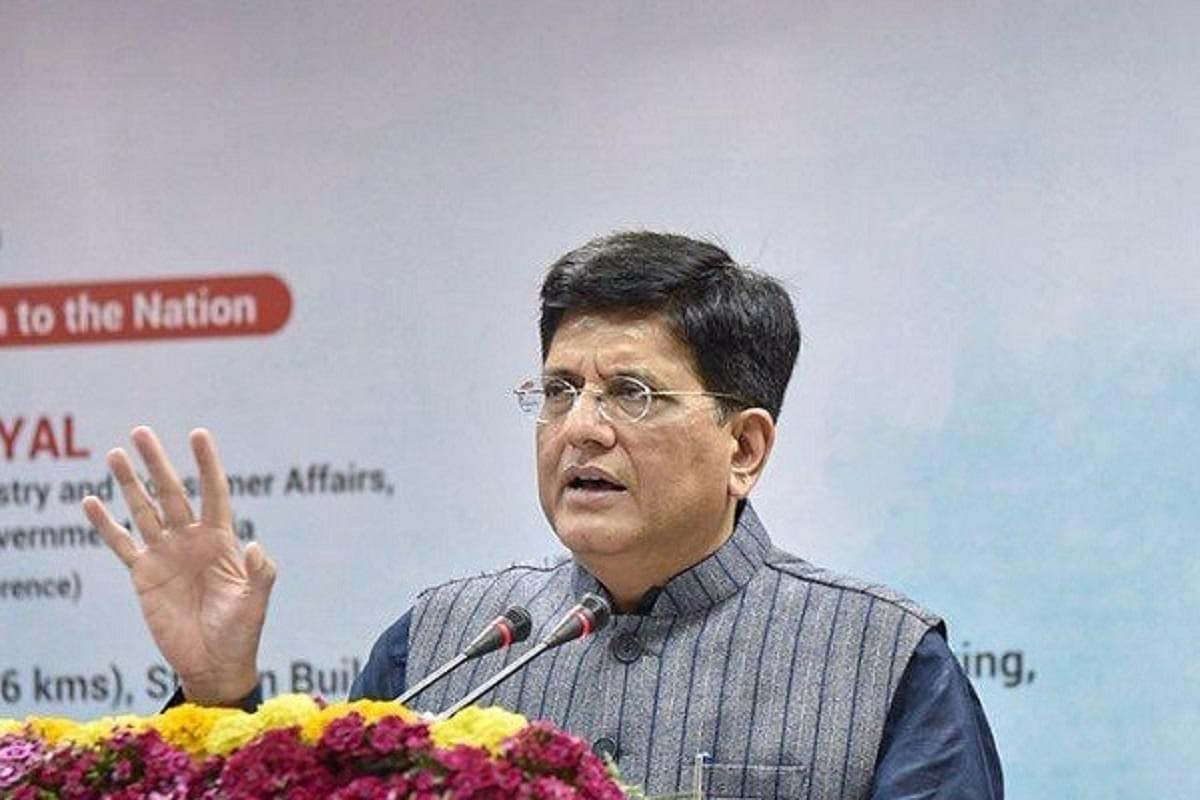 Union Minister of Commerce and Industry Piyush Goyal on Friday (24 December) called for greater focus on nurturing entrepreneurship in the Tier 1 and Tier 2 cities of India.

The minister said that Indian startups turned COVID-19 crises into an opportunity and made 2021 the year of unicorns with 79 Unicorns now thriving.

He observed that ‘Startup India’ movement had brought a ‘change in mindset’ from ‘can do’ to ‘will do’ and helped us move past traditional notions of entrepreneurship.

Underscoring that India is now home to the third largest startup ecosystem in the world, Goyal said that he believed in the power of ideas. Simple solutions can make an extraordinary impact, he added.

Quoting Prime Minister Narendra Modi, Goyal said that the priority of the government can be expressed in four words, “Minimum Government, Maximum Governance” and called for minimum government interventions in the lives of citizens, a Commerce Ministry release said on Friday.

He said that the government's vision is to build a New India committed to the economic progress and well-being of 135 crore Indians, especially those who have been left behind.

The minister assured that the government, as an enabler, is committed to develop a robust startup ecosystem by providing exceptional benefits such as 80 per cent rebate in patent filing and 50 per cent on trademark filing, relaxation in public procurement norms, Self-Certification under Labour and Environment Laws, Funds of Funds for startups of Rs 10,000 crore, Income Tax exemption for 3 out of 10 years, Seed Fund Scheme of Rs 945 crore and creating Open Network for Digital Commerce (ONDC), which will create new opportunities and remove some monopolistic tendencies in certain spheres.

He said that apart from mass jobs creation, the startups have the potential to catalyse India’s integration in Global Value Chains and increase country's footprint in global markets.

He urged successful entrepreneurs, especially unicorns to share their experiences with students and youth in order to inculcate startup culture and entrepreneurial spirit at grassroot levels, especially in regions like the North East of India.

He asked academia, government and industry to work hand in hand to promote entrepreneurship at the grassroots level.

Goyal called upon startups to explore the unexplored areas like rural tourism in terms of agri-stays, hotels and homestays that would help create additional income for farmers.

He opined that the youngsters of the nation must be encouraged to visit villages, experience rural life and come up with solutions to rural problems. The minister also asked successful startups to focus on rural economy and work on solutions such as drip irrigation, natural farming etc. to improve the lives of farmers.

Speaking of the need to augment Seed Capital, Goyal said that we must encourage the flow of domestic capital in our startups.

He added that there was a need to make ‘Startup India’ a symbol of Self Reliance and Self Confidence. The minister called for a participative approach from all stakeholders to achieve such an ambitious target.

Department for Promotion of Industry and Internal Trade (DPIIT) had constituted the National Startup Advisory Council to advise the government on measures needed to build a strong ecosystem for nurturing innovation and startups in the country to drive sustainable economic growth and generate large scale employment opportunities.

Besides the ex-officio members, the council has several non-official members, representing various stakeholders such as founders of successful startups, veterans who have grown and scaled companies in India, persons capable of representing interests of investors, incubators and accelerators into startups, representatives of associations of stakeholders of startups and representatives of industry associations, the release added.