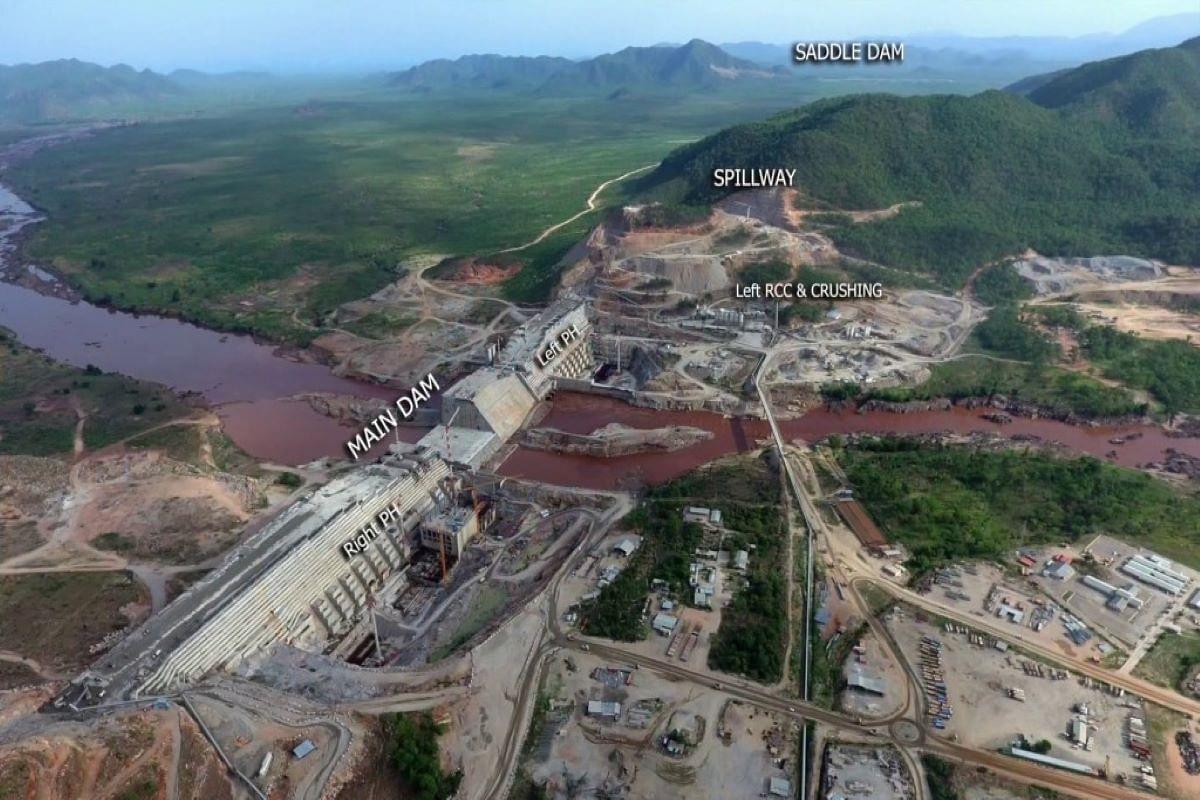 Ethiopia has begun generating power from a massive dam that it has built on the Blue Nile river.

The construction of the Grand Ethiopian Renaissance Dam (GERD) on the Nile has sparked a major dispute between Egypt, Ethiopia, and Sudan. Egypt and Sudan view the dam as a threat because of their dependence on Nile waters while the Ethiopian government insists it will transform the national economy, which has been severely ravaged by drought and war.

In June 2020, the then Egyptian Foreign Minister Sameh Shoukry even raise the possibility of military action to counter the threat to Egypt posed by the Grand Ethiopian Renaissance Dam (GERD)

Egypt has for a long time held the major ownership of the water from the Nile River and prevented Ethiopia from constructing a dam. 95% of the water consumed by the country’s 115m people is drawn from the river

Grand Ethiopian Renaissance Dam (GERD) is expected to generate over 5,000 megawatts of electricity, doubling Ethiopia's electricity output when it is fully operational. Currently, the project is close to 84% completed. Once complete, it will be Africa’s largest hydroelectric power project.

The Grand Ethiopian Renaissance Dam (GERD), is in the Benishangul-Gumuz region of Ethiopia, on the Blue Nile River, about 40km east of Sudan. The project is owned and operated by Ethiopian Electric Power Corporation (EEPCO).

Construction of the Grand Renaissance Dam started in April 2011 after the ETB80bn ($4.7bn) engineering, procurement, and construction (EPC) contract was awarded to Salini Costruttori.

The dam will be a roller-compacted concrete (RCC) gravity-type, comprising of two power stations, three spillways, and a saddle dam. The main dam will be 145m high and 1,780m long. The reservoir, with a surface area of 1,680m2 at full supply level (FSL), will be formed in the middle section of the dam, between the left and right banks.

The two outdoor power stations, with installed capacities of 3,750MW and 2,250MW, will be located on either bank of the river. The powerhouses include 16 generating units of 375MW each.

Objection From Egypt And Sudan

The Egyptian government has strongly opposed the controversial project, claiming it an existential threat to Egypt’s water supplies, agriculture, and hydroelectric capacity.

In 2020 Ethiopia, Egypt, and Sudan held a few rounds of negotiation—overseen by the United States and the World Bank—that nearly resulted in an agreement on how the dam would be filled and operated. However, a formal agreement was never signed as Ethiopia pulled out of it arguing that it does not want the tripartite agreement creating legally enforceable rights.

Egypt continues to main could lose nearly half of its share of the water if Ethiopia filled the reservoir that the dam will create over three years. It, therefore, is demanding that Ethiopia guarantee 40 billion cubic meters or more of water from the Nile water coming into Egypt. But Ethiopia is reluctant to commit as its priority is to ensure enough water to operate Africa's largest hydroelectric plant.

Sudan is also concerned that the dam will affect its water levels. While initially, it appeared to side with Ethiopia, the country changed its position after a study in November 2021 noted an “abrupt” change in the amount of sediment in the water reaching their own Roseires dam, which sits downstream from the GERD.