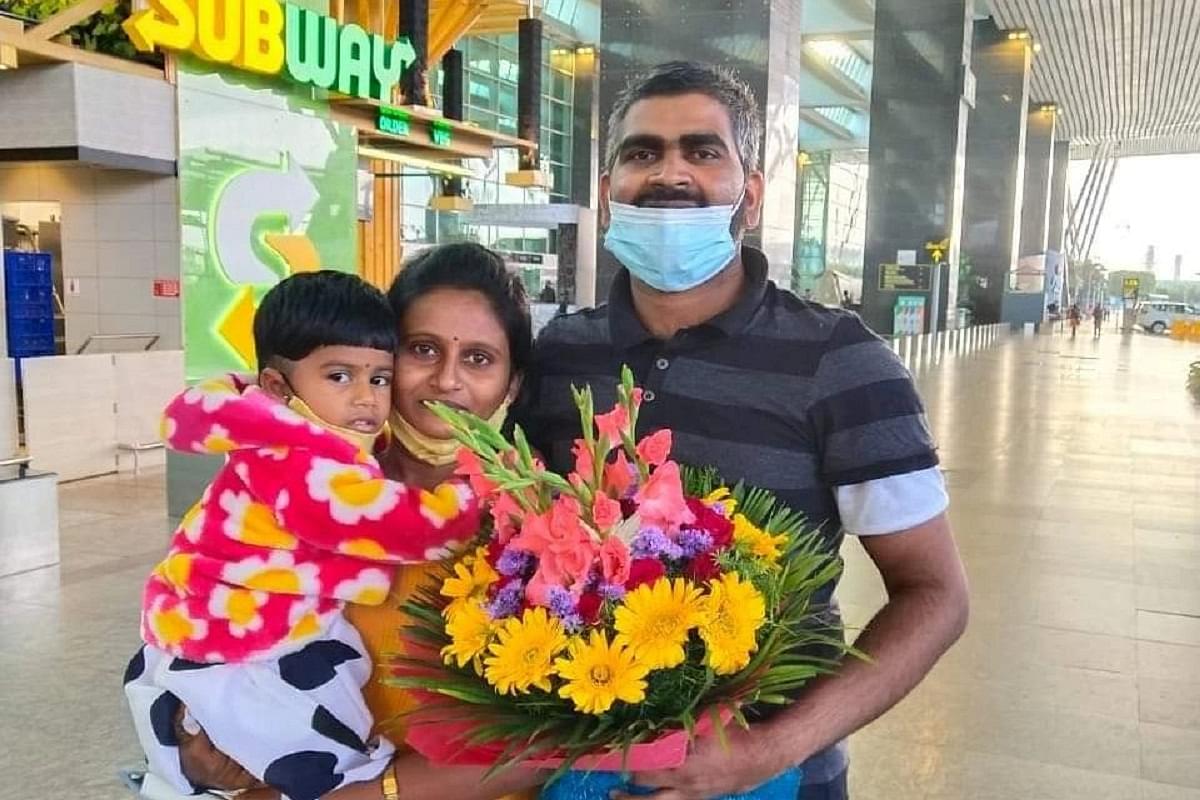 Harish Bangera, who spend two years in a Saudi jail after being accused of posting 'blasphemous' content on social media, finally walked free. Bangera flew back to Bengaluru from Dammam, Saudi Arabia on August 17.

Bangera, a resident of Beejady village near Kundapur in Udupi district, was working as an air-conditioner technician in a company in Saudi Arabia since 2014.

In Dec 2019, he was arrested by Saudi Arabia police for allegedly sharing a 'blasphemous' Facebook post on Mecca and Saudi Crown Prince. Bangera's employers terminated him from the job.

However after few hours, a new account was created in his name and incendiary content was posted. While the original social media account of Harish had his family picture on profile, the fake one which has his own photograph.

Following investigation based on a complaint by Bangera's wife Sumana, Udupi police in Oct 2020 arrested Abdul Huyez and Abdul Thuyez, brothers from Moodbidri, for impersonating as Bangera on social media and posting blasphemous content.

The police located Huyez by tracing the phone that was used to create the fake Facebook account. The phone belonged to Thuyez and the fake account was created on Dec 2019, and two days late the blasphemous post was uploaded by Huyez in Bangera's name. Soon after, Bangera was taken into custody by the Saudi police, and since then he has been languishing in the prison.