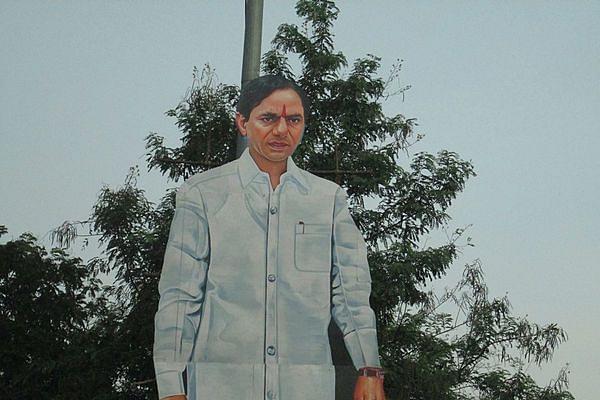 The Union Health Ministry has expressed its displeasure over the Telangana government’s novel Coronavirus (Covid-19) testing, saying “lack of proactive testing” will not help the state curb the spread of the pandemic virus.

Deccan Chronicle reported that Union Health Secretary Preeti Sudan, has written to Telangana Chief Secretary, Somesh Kumar, saying that the state should not allow “the virus to chase us” when “we need to chase the virus”.

Sudan’s message comes at a time when Telangana has reported a higher positive rate compared with the national average.

According to the Health Ministry, the number of tests carried out by Telangana State made up only 1.5 per cent (20,754) of the over 14 lakh RT-PCR (real-time polymerase chain reaction) tests carried out across the country.

Sudan pointed out that the State had tested samples far fewer than Maharashtra, Tamil Nadu, Gujarat, Delhi and Rajasthan - which have reported the most number of Covid-19 cases in the country.

The Hyderabad-based daily quoted a Health Ministry official as saying that while neighbouring Andhra Pradesh was conducting 9,000 tests every day, the number of tests by Telangana per day was about 200.

Sudan’s displeasure with Telangana was over the coronavirus tests per million population in the state. The tests have been much lower than the national average between 30 April and 6 May.

Telangana tested only 546 persons per million population against the national average of 1,025 a day.

The concern for the Health Ministry is that the percentage of those testing positive to the total tests is 5.26 per cent in Telangana against 4.12 per cent in the country.

The Union Health Secretary was also critical of the state not using private laboratories for RT-PCR testing as she felt the capacities were not being put to optimal use.

The Telangana government did not seem to be impressed with the Health Secretary’s letter.

State Health Minister Etela Rajendar defended the K Chandrasekhar Rao government’s approach as “correct” since only six people were testing positive in Telangana out of every 100 tested. “In the US, 16 tests out of 100 had returned positive,” Rajendar said.

This development comes on the heels of the Telangana High Court asking the Rao government to file a report on its plans to provide mobile novel coronavirus (Covid-19) tests on the lines of the ones held by Kerala.

On Monday, a two-judge bench of the court comprising Chief Justice Raghvendra Singh Chauhan and Justice B Vijaysen Reddy, pulled up the state government for Covid-19 testing.

Sankineni argued that state health officials had failed to conduct adequate tests in Suryapet district since it was declared a green zone on 22 April.

Also, questions are being raised over the Telangana government’s handling of the coronavirus situation.

Last week, the High Court court asked the state to conduct Covid-19 tests on bodies of the dead. On the other hand, a kin of a victim has claimed that his uncle had died of coronavirus but his details were not included in the Covid-19 list of the dead.

A group of doctors under Doctors for Seva have also complained of inadequate testing by the Telangana government.