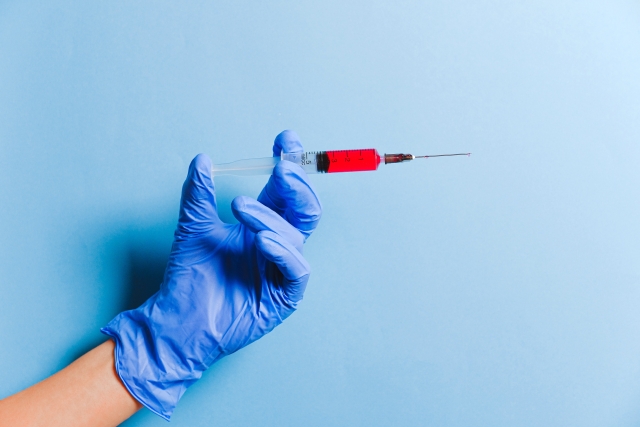 Earlier this month, US President Donald Trump said that he was “very confident” that the collaborative research partnership between private enterprise and public health institutions currently underway in the U.S. will help discover a coronavirus vaccine by the end of the year.

The Trump administration has initiated a Manhattan Project-style effort to drastically cut the time needed to develop a Covid-19 vaccine, with an avowed goal of making enough doses for most Americans by the year’s end.

Called “Operation Warp Speed”, the efforts aims to bring together drug makers, government agencies, and the military, to try to cut development time for a vaccine by as much as eight months.

Underscoring the criticality of a vaccine, US Federal Reserve chairman Jerome Powell admitted that U.S. economy could require a vaccine to return to a semblance of normalcy.

Several experts however continue to remain sceptical on the prospects of developing a successful vaccine available for public consumption by the end of the year. Although, they acknowledge that the scale of efforts that are currently on is extraordinary and unprecedented.

“I’m not aware of any vaccine that’s been developed after only a year to a year-and-a-half after identifying a pathogen. It usually takes years,” Walter Orenstein, Associate Director of the Emory Vaccine Center in Atlanta, told the Wall Street Journal. “People are moving very, very quickly with this.”

Researchers at the Oxford University, drugmakers Pfizer and Moderna are among those already conducting human trials of potential vaccines, as part of an accelerated effort to deliver an emergency-use vaccine by the end of this year.

Other pharmaceutical behemoths, including Johnson & Johnson, are ramping up vaccine production capacity to fast-track millions of doses to the public.

Here is a look at some of the leading efforts to develop a vaccine that have made substantial progress.

In March, Pfizer Inc and BioNTech SE announced that the companies have agreed to a letter of intent regarding the co-development and distribution (excluding China) of a potential mRNA-based coronavirus vaccine aimed at preventing COVID-19 infection.

The collaboration was aimed at rapidly advancing multiple COVID-19 vaccine candidates into human clinical testing based on BioNTech’s proprietary mRNA vaccine platforms, with the objective of ensuring rapid worldwide access to the vaccine, if approved.

In April, BioNTech SE and Pfizer Inc announced that the German regulatory authority, the Paul-Ehrlich-Institut, had approved the Phase 1/2 clinical trial for BioNTech’s BNT162 vaccine programme. The trial was the first clinical trial of a COVID-19 vaccine candidate to start in Germany.

On 5 May, Pfizer Inc and BioNTech SE announced that the first participants had been administered the dose in the U.S..

The Phase 1/2 study is designed to determine the safety, immunogenicity and optimal dose level of four mRNA vaccine candidates which are to be evaluated in a single, continuous study.

Results from the study could come as early as next month.

If further testing also proves successful, Pfizer could start distributing the vaccine on an emergency basis later this year and receive approval for widespread distribution by the year’s end.

Pfizer is investing $500 million in coronavirus vaccine and drug research, and is spending another $150 million to ready its manufacturing capabilities so the company can quickly make large quantities of antiviral agents, including a vaccine that succeeds in testing.

American biotech firm Moderna announced on Monday (18 May) that a phase-one human trial of its experimental coronavirus vaccine produced COVID-19 antibodies in each of its participants.

The study was primarily designed to look at the safety of the shot and showed no major warning signs, the statement by the company further added .

The trial is being jointly run by the National Institute of Allergy and Infectious Diseases (NIAID) and Moderna, with plans to continue advancing it to wider testing.

Providing details of the trial, the company said that two vaccine doses of 25 micrograms showed that by day 43 of the trial, humans developed antibody levels consistent with those who have recovered from coronavirus.

“These interim Phase 1 data, while early, demonstrate that vaccination with mRNA-1273 elicits an immune response of the magnitude caused by natural infection starting with a dose as low as 25 [micrograms],” Tal Zaks, the chief medical officer at Moderna, said in a statement.

“When combined with the success in preventing viral replication in the lungs of a pre-clinical challenge model at a dose that elicited similar levels of neutralizing antibodies, these data substantiate our belief that mRNA-1273 has the potential to prevent COVID-19 disease and advance our ability to select a dose for pivotal trials,” Zaks added.

Moderna shares surged 26 per cent in trading before the market opened in New York. Broader markets rose as well, with S&P 500 futures and European stocks trading near session highs.

The company’s Chief Executive Stephane Bancel told the Wall Street Journal that the company aimed to have a “pivotal” phase-three study in July. “We are investing to scale up manufacturing so we can maximize the number of doses we can produce to help protect as many people as we can from SARS-CoV-2,” she stated.

Bancel said the company felt it needed to release the interim data from the trial because of the high level of interest in the vaccine.

A phase two trial is expected to begin shortly, and a final-stage trial will begin in July, Moderna said in its statement.

Bancel said the phase three trial will likely include many thousands of healthy volunteers.

Moderna uses a proprietary mRNA platform for vaccine development. mRNA relies on the body’s own cells to produce viral proteins.

Once injected into the body, the RNA slips into human cells and tells them to make virus-like proteins, in this case the “spike" protein on the surface of the coronavirus. If the vaccine works, those proteins then trigger the body to generate protective antibodies.

In March, the University of Oxford researchers began developing a potential vaccine that uses a harmless virus engineered to contain the genetic sequence that encodes for a protein on the surface of the novel coronavirus.

The researchers, from the University’s Jenner Institute and Oxford Vaccine Group, are working at uncommon speed, starting a placebo-controlled clinical trial while finalising the manufacturing of their potential vaccine.

Early last week, the Oxford University researchers began vaccinating people for a 1,100-subject study, testing the safety of their candidate and monitoring its efficacy, according to Adrian Hill, director of the university’s Jenner Institute, which develops vaccines.

If the vaccine candidate proves safe, the researchers aim to explore whether it protects against the coronavirus in a 5,000-subject trial starting in late May, Dr Hill said.

By September, the researchers could know whether the vaccine works, and emergency distribution could begin as early as that month. “That is the target timeline. It will be tough to do that, but it is not impossible,” Dr Hill said.

In April, AstraZeneca announced that it will partner with Oxford to develop the vaccine.

CanSino Biologics, headquartered in Tianjin, China, is developing a coronavirus vaccine using the technology that led to a China-approved Ebola virus vaccine.

CanSino’s approach involves taking a snippet of coronavirus’ genetic code and entwining it with a harmless virus, thereby exposing healthy volunteers to the novel infection and spurring the production of antibodies.

The Chinese company became the first contender to move its candidate vaccine – Ad5-nCoV – into a phase two clinical trial, which is taking place in Wuhan.

US biotech firm Inovio has spent the last four decades working to turn DNA into medicine, (though it has developed no approved products) and the company believes its technology could quickly generate a vaccine for the novel coronavirus.

Inovio has come up with a DNA vaccine it believes can generate protective antibodies and keep patients from infection. The company has received a total of $17.2m (£14m) in grants from the Coalition for Epidemic Preparedness Innovations for the vaccine.

On 6 April, Inovio dosed the first patient in its phase one trial. It has enrolled 40 people for phase 1 trial.

The company has partnered with a Chinese manufacturer, Beijing Advaccine Biotechnology, to produce the vaccine.

The Imperial College London is developing an RNA-based vaccine for the novel coronavirus in a project led by the immunologist Robin Shattock.

Scientists at the institution have engineered a virus-derived RNA strand that will get into cells, spur the production of the coronavirus’s signature protein, and then replicate itself.

In animal studies, the vaccine has resulted in the generation of protective antibodies.

The research team initially received £22.5m in UK government funding and on Sunday it was announced that it had been given an additional £18.5m which it hopes will enable it to launch phase three of the clinical trials later this year.

Chinese company Sinovac Biotech Ltd. is widely believed to be one of the most promising coronavirus vaccine candidates and is said to be in talks with various parties to conduct late-stage trials globally.

Sinovac is developing a vaccine using an inactivated version of the novel coronavirus. The company used the same technology to craft approved vaccines for hepatitis A and B, avian flu, swine flu, and the virus that causes hand, foot, and mouth disease.

The CEO of the company, Yin Weidong, said in an interview recently that Sinovac was in discussion with regulators in other countries, and the World Health Organisation as well, to launch phase three clinical trials in regions where the novel coronavirus is still spreading rapidly.