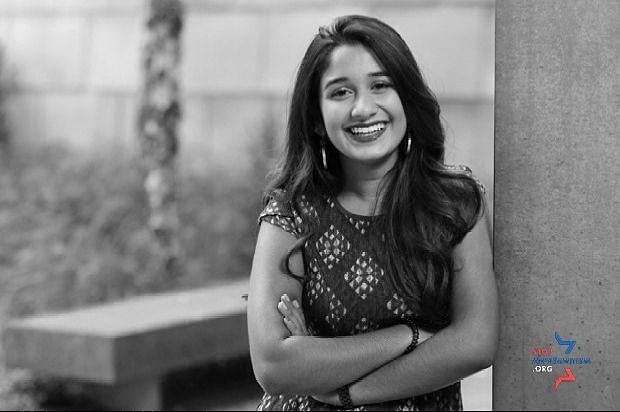 In an another instance of creeping Hinduphobia rooted in abysmal cultural ignoranc , a Hindu student leader in United States was at the receiving end of cyber-bullying campaign for suggesting that sacred Dharmic symbol 'Swastika' is different from Nazi Hakenkreuz.

Simran Tatuskar, a student union leader at Brandeis University in Massachusetts, was forced to issue a clarification after a concerted smear campaign, which insinuated her of being an 'antisemite' for pointing out the dissimilarities between the two symbols.

The campaign against Tatuskar was spearheaded by an organisation, StopAntiSemitism.org, which accused her of 'reinventing' the Swastika's reputation in school curriculum to present it as a peaceful symbol.

"Brandeis University Student Union President, Simran Tatuskar, wants to re-invent the swastika's reputation in the school's curriculum and present it as a peaceful symbol. And nope, she's NOT Jewish. But she IS trying to normalize the largest symbol of hate in America," the organisation claimed in a tweet.

.@BrandeisU Student Union President, Simran Tatuskar, wants to re-invent the swastika's reputation in the school's curriculum and present it as a peaceful symbol.

And nope, she's NOT Jewish.

But she IS trying to normalize the largest symbol of hate in America. pic.twitter.com/kcL390WGhI

The online campaign was launched in response to a post on social media that the student leader shared to protest against the inclusion of Swastika as one of the "symbols of hate" in a New York Senate Bill.

Following the sustained campaign against her, Tatsukar issued a clarification.

Tatsukar said that she 'regrets' the misunderstanding her post had caused and that as a non-Jewish, she cannot understand the feelings evoked by her post but she never wanted to harm anyone.

She said that the Nazi Hakenkreuz "undoubtedly represents the horrors of the Holocaust".

"Hitler tilted the Swastika and turned it into a symbol of Hate," she said.

Tatsukar further said that though the NY Senate Bill aims to educate students on the historical impact of hate symbols, including the Nazi Swastika, but it neglects to mention that the Swastika is considered auspicious by Hindus, Jains and Buddhists and has been an important part of the South Asian and East Asian culture historically.

"The current version of the bill erases and vilifies various cultures for using this symbol," she said.

She further expressed concern that the bill, if passed in the current version, may perpetuate ignorance as all students would learn that Swastika is "solely and exclusively associated with hatred and intolerance" rather than being educated about the full cultural and historical meaning of the symbol.

Tatsukar also pointed out that in a 2008 Hindu-Jewish leadership summit the Chief Rabbinate of Israel had recognised that the Swastika has been sacred to Hindus for a millennia prior to its misappropriation. She added that the Swastika continues to be very auspicious in the Hindu culture.

It should be noted that researchers like True Indology have maintained that Hitler never appropriated the Swastika but was instead inspired by a Christian symbol.

It is a common misconception that Hitler used the Swastika symbol. But Hitler himself never used the word "Swastika" to refer to his symbol. He called it “Hooked Cross”(“Haken Kreuz”).

Hitler first saw the Hooked Cross symbol in a Christian monastery (Lambach Abbey) which he attended as a boy. He later adopted it as an emblem for his party. There is no evidence that he ever heard of the word “Swastika”. Hooked Cross had been a sacred symbol of Christianity since its inception in ancient days and it is very natural to find Hooked Cross symbol in old churches and chapels.

If you were to go through the English translations of Mein Kampf (“My Struggle” an autobiography of Hitler”), you would find the mention of Swastika. Mein Kampf was translated into English by James Murphy, an English Christian Priest.

The English evangelists were opponents of Nazis and they tried to portray Hitler as a Pagan. The word Hooked Cross was conveniently translated as Swastika. When Hitler became extremely unpopular, the Evangelist lobby associated the Hooked Cross with Swastika to hide the fact that Nazism originated in Christian Socialism.