How Some Students Of IIT-Delhi Came Together To Help Rickshaw-Pullers On Campus, Who Are Hit By Lockdown 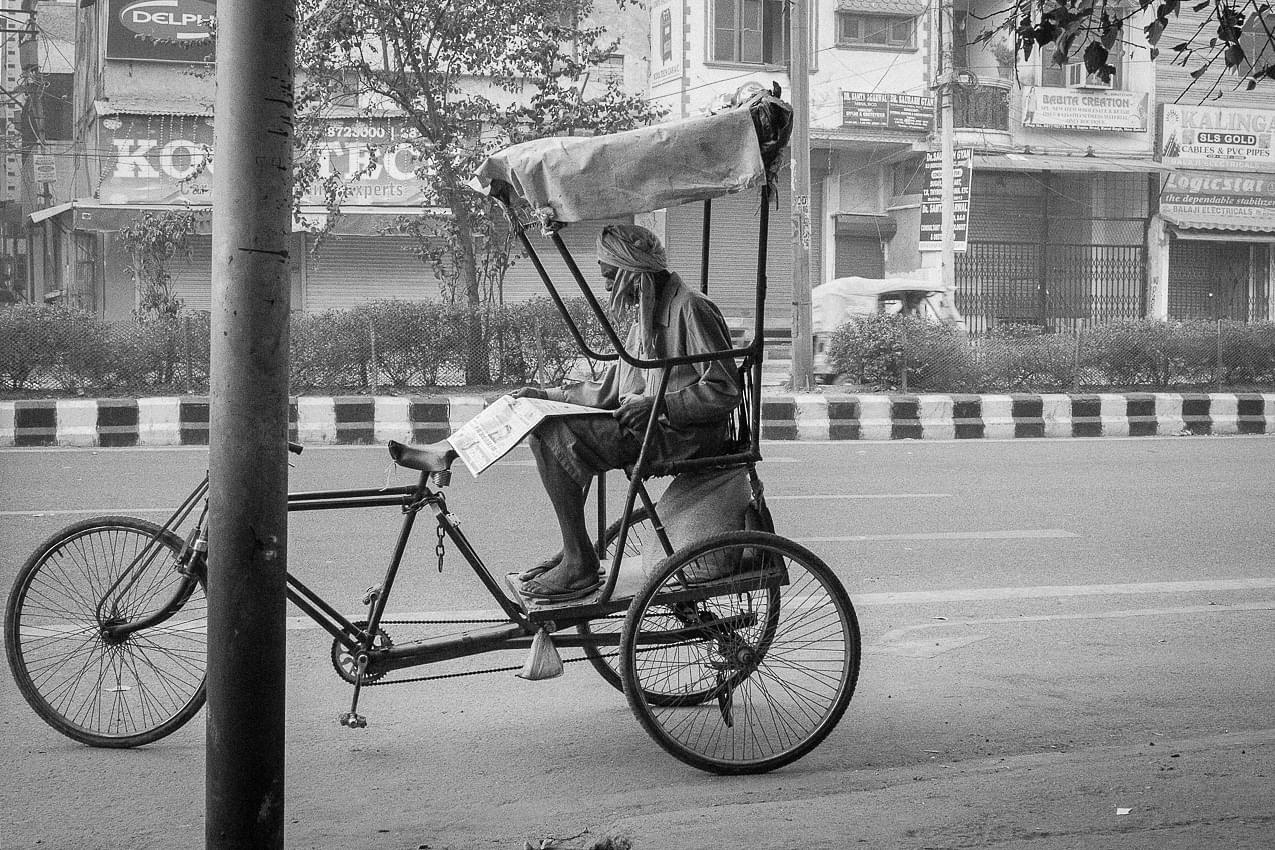 Representative image of a rickshaw puller (Source: The Camerist’s Collection)

In a heartening gesture, a group of students at the Indian Institute of Technology-Delhi (IIT-Delhi) have raised money and given monetary aid to all the rickshaw-pullers at the campus, who are out of work and thus have been financially hit by the ongoing country-wide lockdown to control Covid-19 pandemic.

The initiative was led by Adarsh Kumar, a fourth-year civil engineering student at the campus.

Kumar put out a Facebook post on 26 March announcing that the group has disbursed Rs 7,000 to each of the 17 rickshaw-pullers who earn from providing on-campus transport to students, teachers, and others.

Hello Everyone, We are delighted to announce that we almost reached our target amount in order to help rickshaw pullers...

“We worked together and got the bank account details of each rickshaw-puller. We then transferred Rs 7000 to each one of them which includes our previous disbursement,” he wrote.

Kumar told Swarajya that the group came up with the idea on Sunday (on the day of Junta Curfew, 22 March). The initial plan was to raise funds and distribute them in cash to all the rickshaw-pullers.

That would have been simpler, but the same evening, a lockdown in entire city was announced, followed by a country-wide lockdown announcement made by prime minister Narendra Modi on 24 March.

So Kumar and his friends spent the next few days identifying all the rickshaw-pullers, collecting their contact details and calling up each of them to collect their bank details. “It was a tedious task, but we managed to do it,” he says.

He also wrote on Facebook, “It took some effort as due to lock down we were all at home. But then, this wasn't any individuals movement, we earlier said that it has become a sort of mass movement in which every section of IIT Delhi community joined in. From professors to students, from our Director Ramgopal Rao sir to the parents of students.

Rampal Kashyap is one of the beneficiaries. A resident of Lado Sarai in Delhi, Kashyap told Swarajya over the phone that he has last visited the campus on Saturday (21 March).

Kashyap, who spends about 12 hours daily at the campus and earns Rs 500 on a good day, says the efforts by the students have come as a very timely help for him. “My family is surviving this lockdown only with that amount,” says Kashyap, who lives with his wife and three children in Delhi.

In his post, Kumar wrote that the group has met their target amount and would not be accepting anymore contribution. “If need arises, we will update everyone of you, the post said.

Some of the rickshaw-pullers left for their homes in Uttar Pradesh on the morning of 25 March while others, who have houses in Delhi, continue to stay in the city, says Kumar.