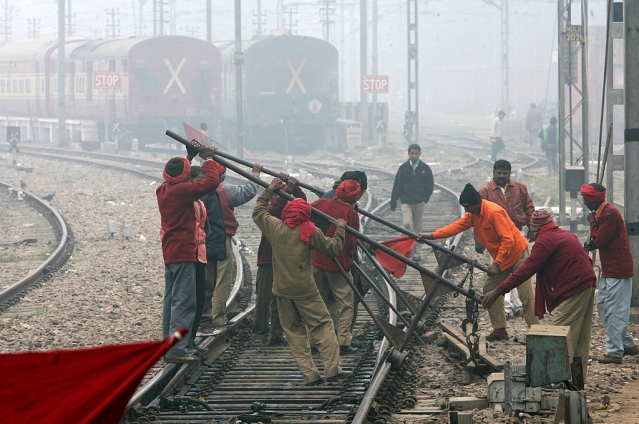 Despite the Covid-19 lockdown, the track laying work on the dedicated freight corridors (DFC) has commenced with reduced workforce as the Dedicated Freight Corridor Corporation of India Limited or DFCL is pitching for the commissioning of a 1,000 kilometre track by October this year.

Besides, two other key projects of Indian Railways — station redevelopment and private train operation — are gaining traction amid the pandemic.

While the major real estate players are participating in the pre-bid conferences for the station redevelopment project, the railways is in the process of firming up bidding documents for private train operation with Empowered Group of Secretaries examining various issues related to the first such ambitious rail project in the country.

Station redevelopment, private trains operation and DFC are three mega projects expected to change the rail scenario in a major way in the country.

DFC, a flagship project of the government, involves construction of over 3,000-km long track exclusively for goods movement at higher speed. Once goods trains shift to DFC, the main trunk routes would be decongested for passenger train operation to a great extent.

Since the railways is going ahead with the plan to offer 150 trains to private players, decongestion of routes is essential for smooth passenger train operations.

After the announcement of lockdown in the last week of March, the DFC work had completely stopped. However, 15 April guidelines issued by the Home Ministry allowed non-containment areas to resume work with all precautions.

Since the project involved 57 districts in seven states, DFC managing director A K Sachhan wrote to all seven chief secretaries for allowing work in their respective states. District magistrates of these districts were accordingly instructed by chief secretaries.

By 20 April, barring 10 districts which were in the red zone, all 47 districts allowed work considering the importance of the project, Sachhan said.

However, after the movement of migrants in trains in May, many workers left for their villages. Currently we still have about 15,000 workers with us to carry out the work in the DFC project, he added.

DFC made payments of Rs 900 crore in May for various work related to the projects while the 750 km long line has been ready in both the corridors until now.

Besides the crisis in availability of workers, there are also problems in material supply in the lockdown.

Though the Rs 81,400 crore DFC project got the Union cabinet’s green signal in 2006, it has since then moved at a snail’s pace and missed several completion deadlines due to various reasons. These include procedural wrangling, land acquisition, environment clearances and other related issues.

While the Western DFC will cover 1,504 km from Jawaharlal Nehru Port Trust near Navi Mumbai to Dadri in Uttar Pradesh through Vadodara-Ahmedabad-Palanpur-Phulera-Rewari, the Eastern DFC covers 1,856 km from Ludhiana in Punjab to Dankuni, near Kolkata in West Bengal, and will traverse the states of Haryana, Uttar Pradesh, Bihar and Jharkhand.

The Covid-19 pandemic has affected the completion target of the DFC also as the flagship project is slated to be fully commissioned in 2022.

Station redevelopment is one of the most ambitious projects of the government, under which 400 major stations are planned to be revamped by monetising 2,700 acres of prime railway land.

Estimated to touch Rs 1 lakh crore investment in 400 stations over the years, the redevelopment project is also linked with smart city projects across the country envisaging hassle-free movement of people on rail network along with shopping experience.

In order to attract major real estate players, the Centre had already approved granting long leases of up to 99 years for land and airspace in and around railway stations to infrastructure developers in lieu of station redevelopment.