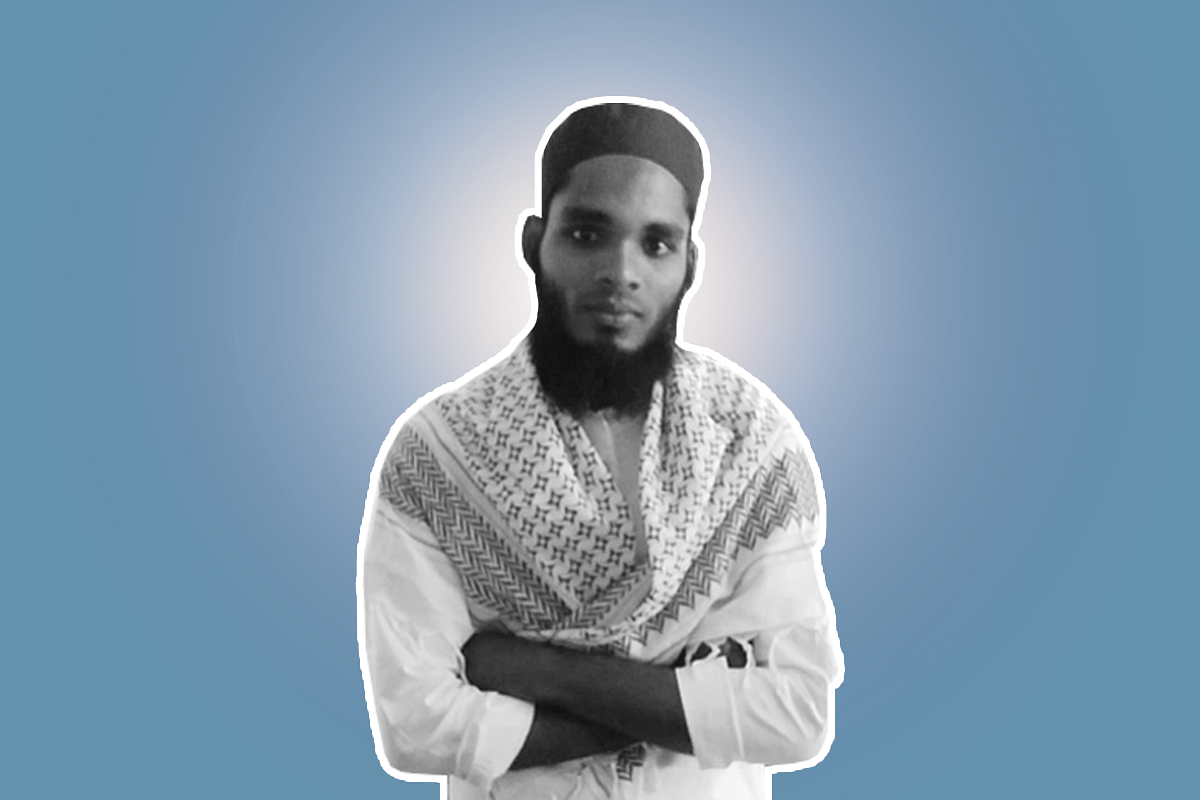 Bobilli Bhaskar became Mohammed Abdul Hunain only to marry the love of his life.

Swarajya recently reported that a 25-year-old Christian man from Telangana has approached the State Human Rights Commission saying that the family of his girlfriend made him convert to Islam promising his marriage to her, but have not kept their word.

The man, Bobbili Bhaskar, who became Mohammad Abdul Hunain in June 2019, wrote to the commission that the woman’s family wasn’t allowing her to speak to him. The family had “illegally detained” her in the house, he said.

Bhaskar had requested the commission to produce the woman before it so he could know her decision.

Bhaskar is a resident of Telangana state’s Vikarabad district, which is about an hour’s car ride from Hyderabad. A graduate, Bhaskar runs a poultry business.

The commission heard the matter on 11 February.

When Bhaskar came out of the hearing, a lot of news channels were waiting for him. He told the reporters that his girlfriend Nikhath and her family lied before the commission. “They lied that they never told me to convert. What can I do now? Nothing,” he said.

Bhaskar said that to his utter shock, Nikhath, told the commission that she did not love him. “I said Nikhath, say this while looking into my eyes, but she kept her gaze glued to the floor,” Bhaskar said.

“The case is closed. The commission asked me to stay away from her, saying she isn’t interested in me,” Bhaskar told the reporters.

Bhaskar earlier told this correspondent that the woman’s father had made him undergo circumcision as a precondition to their marriage. He said the surgical procedure caused him great pain and trauma.

Bhaskar shared with this correspondent an audio recording of a conversation between him and Nikhath’s father from last year. The father was heard telling Bhaskar that he would accept him as his son-in-law if he undergoes ‘khatna’.

Bhaskar also told this correspondent that his girlfriend too had asked him to convert so she could broach the subject of their relationship with her family.

“I really don’t understand what has happened. We have known each other for 11 years. We both wanted to marry. I did whatever she and her family asked me to do. I converted. I underwent circumcision. I have been practising the Muslim way of life for more than six months now. I have stopped going to the church,” Bhaskar told this correspondent after the hearing.

The news channels also spoke to Nikhath outside the commission’s office. She told the channels that she did not believe in religious conversion.

“What is this religious conversion? One must have belief in the heart. Religion is a sacred thing. Why did he convert for me? I never asked him to,” she said (translated from Telugu).

“He [Bhaskar] lured my father, who has a drinking problem, into agreeing for our marriage. I don’t love him. I am focused on my studies,” she said.

Bhaskar earlier told this correspondent that in the past six months, he has lost a significant amount of money. “First, I paid for my circumcision, which cost me several thousands. And now, I have sold off my motorcycle to hire a lawyer for the hearing,” he said.