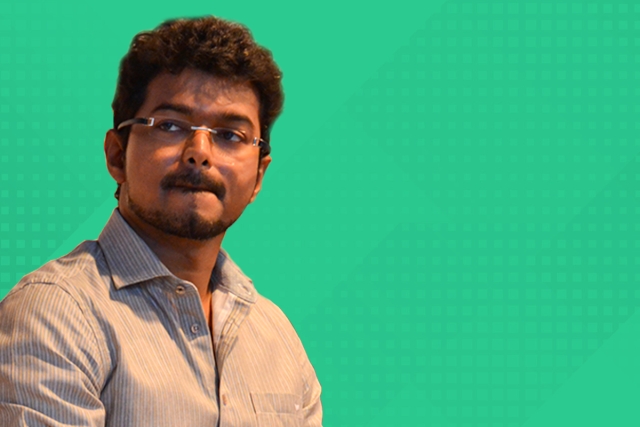 The search operations conducted by the Income Tax (I-T) Department in Tamil Nadu on Wednesday and Thursday (5 and 6 February) at the premises of four people, including Tamil actor Vijay’s, may have deeper ramifications.

Actor Vijay’s fans and political parties opposed to the Bharatiya Janata Party (BJP) have been quick to denounce the raids as vindictive in view of the actor’s political leanings, but their reactions could be misplaced.

The search and survey operations resulted in the “seizure of unaccounted cash of about Rs 77 crore from the hideouts and secret places located at Chennai and Madurai, purportedly belonging to the financier,” the I-T Department release said.

A large number of documents of properties, promissory notes, post-dated cheques taken as collateral security have also been seized during the search. The I-T Department estimates that up to Rs 300 crore of unaccounted money could have been concealed by the four.

Though the I-T Department says that the common thread among the four was the “success of a recent film (Bigil) that was a box office hit collecting around Rs 300 crore”, it suspects there could be more to it than what appears on the surface.

G N Anbu Chezhiyan is the financier from whose premises the cash has been recovered. He has been financing the Tamil film industry besides heading a production house Gokulam Films.

In 2011, Chezhiyan was arrested along with two of his associates for extortion, following a complaint from a film producer. He is also alleged to have been the reason for the suicide of film producer G Venkateswaran, brother of popular film director Mani Ratnam.

Chezhiyan had denied being responsible for Venkateswaran’s death, saying the money owed to him was insignificant.

However, when another film producer Ashok Kumar, cousin of Tamil film actor-cum-director Sasikumar, committed suicide in November 2017 he left a suicide note blaming Chezhiyan for the extreme step he was taking.

Kumar wrote in his suicide note: “...The only big sin that we committed was to take a loan from Anbu Chezhiyan. For the last seven years, he has been taking interest upon interest from us, but for the last six months, his behaviour has been very derogatory. Using his men he has been targeting women and elders in my house. Who can I turn to for help?"

Anbu Chezhiyan had moved from Ramanathapuram district to Madurai in the late 1990s and was a minor distributor of films. He then began lending money to financiers before emerging as one of the biggest financiers in the Tamil film industry over the last decade and a half.

According to a video by Nakheeran, a known anti-BJP media group, Chezhian, who lent to small traders in Madurai and film distributors, has emerged as a hoodlum (dada).

He then became a film distributor before bringing “Tamil film world in his palm”, thanks to his political connections. The money with which he has been financing the film industry allegedly belong to ministers and politicians. On WhatApp forwards, he has been charged with usury.

The search and survey operations have also resulted in income tax officials recovering documents of the distributor, Screen Scene Media Private Limited, incorporated as a private firm on 20 February 2017. In fact, documents relating to the distributor were found from the residence of his friend.

One of the directors of the firm is associated with 12 other companies, according to the Ministry of Corporate Affairs. At least nine more companies are operating out of the same address that Screen Scene Media has been incorporated from.

It is now in the hands of the Income Tax Department and Enforcement Directorate to thoroughly probe the functioning of the distributor and his companies. At the same time, details of the financier at whose premises a huge sum of the money was seized are disturbing.

The mainstream media, political parties and actor Vijay fans are ignoring or not taking into account the background and details of these two key players in this whole issue.

Income Tax officials are analysing the accounts of the film producer AGS Group, which has emerged a key realty player after the Agoram family, the founders, exited SSI Software.

“Evidence of actual receipts and expenses booked and remuneration paid to Artists is under investigation,” said the I-T Department.

As regarding Vijay, the department is probing his investments and the remuneration he received for acting in the film, while the searches are reportedly continuing.

The search operations have now resulted in people turning the focus on Chezhiyan. Probably, the distributor could also come into focus, sooner or later.

When these are the facts, the mainstream media and social media have been voicing concern over the search operations. The allegations are that the actor has been targeted.

On Wednesday and Thursday, tweets on actor Vijay were among the top five in India on Twitter.

Support poured in for Chezhiyan at the time of Kumar’s death in 2017 and maybe, in the garb of backing actor Vijay, the critics are supporting the financier now.

The question is: shouldn’t the mainstream media and political parties wait for the details to come out rather than rush to criticise the search operations?

Would those supporting actor Vijay be able to tell the people why the “Bigil” should be involved with these characters if he is so holy, as they term him to be?