IAF Ups Activity Near Indo-China Border In Uttarakhand, An-32 And Mi-17 Land And Take Off At Chinyalisaur Airstrip 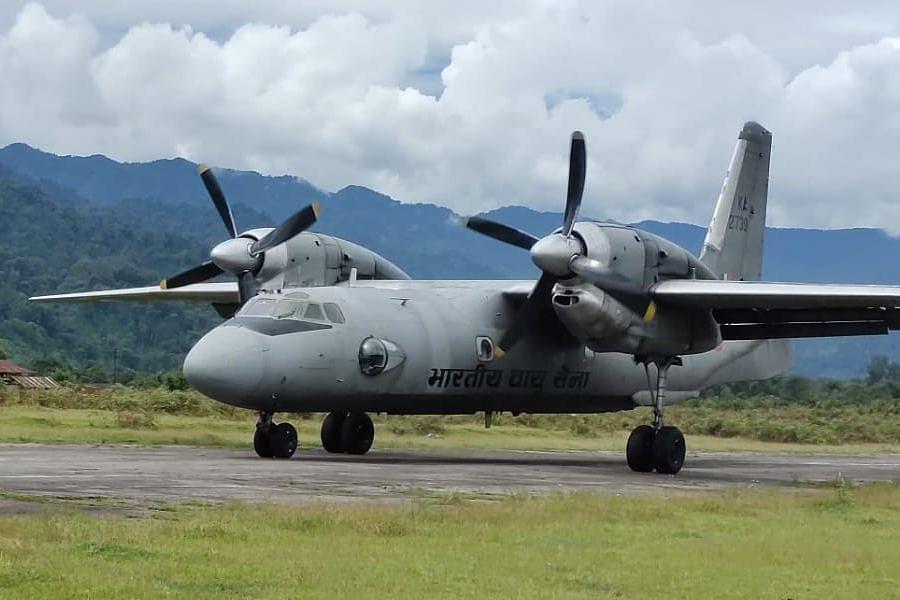 Increasing its activity at the Indo-China border, the Indian Air force (IAF) landed the twin engine A-32 transport aircraft and Mi-17 chopper at the Chinyalisaur airstrip in Uttarkashi district of Uttarakhand earlier today (7 July).

The airstrip near Uttarkashi is used by the IAF as an Advanced Landing ground and is strategically important. Chinyalisaur lies 125 kilometres from the Indo-China border.

Amid the disengagement of Indian and Chinese forces in Ladakh along the Line of Actual Control, the IAF's Mi-17 chopper landed and took off from the airstrip.

The AN-32, too, was seen landing and taking off at the Chinyalisaur air strip.

#WATCH An AN-32 transport aircraft of the Indian Air Force (IAF) lands at Chinyalisaur airstrip in Uttarakhand. pic.twitter.com/r1jYmkhH8Z

The IAF's MiG-29 had conducted night operations near the Indo-China border.

The night operations saw the IAF in activity at a forward base near the Indo China border -- with Apache helicopter, MiG-29 and the Chinook heavy lift helicopter seen participating, with an eye on the border.

Group Captain A Rathi -- a senior pilot at a forward air base near the Indo China border told the ANI that "the night operations have an element of surprise.

He said, "IAF is fully trained and ready to undertake entire spectrum of ops in any environment with help of modern platforms and motivated personnel (sic)."

ANI posted visuals of the Apache helicopter carrying out the night operations.

ANI reported that pilots "were seen wearing night-vision goggles". These goggles the pilots in navigating through the terrain around the airbase during the night.

This report says: IAF's Chinook chopper was the first one to take on sorties during the night operations. Chinook helicopter, loaded with high tech gadgets, navigation functions, played a crucial role in transferring soldiers at the Line of Actual Control (LAC).From 11 pm onwards, fighter jets including MiG-29, Sukhoi-30 MKI, Mirage-2000, Jaguars were also witnessed along the LAC.

Reports mention that security has been tightened near the Indo-China border in Uttarakhand and the IAF has raised its activity here.

The Border Roads Organisation, too, has upped its projects in the area, and the progress in the projects near the LAC and LOC are being reviewed by defence minister Rajnath Singh.