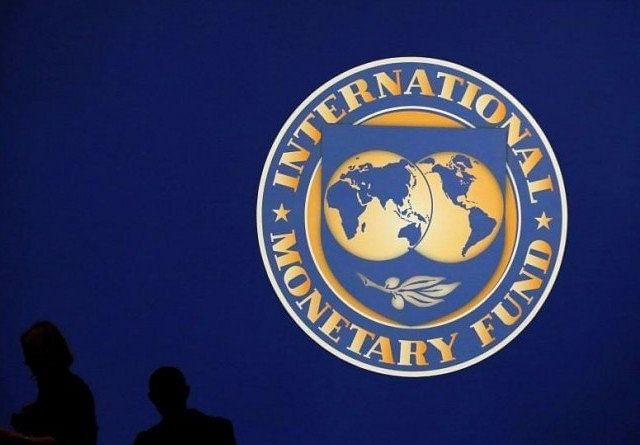 The International Monetary Fund (IMF) has revised down its forecast for the global economy amid mounting COVID-19 fallout, warning of record debt levels in both advanced and emerging markets and developing economies.

Global output is projected to decline by 4.9 per cent in 2020, 1.9 percentage points below the IMF's April forecast, followed by a growth at 5.4 per cent in 2021, indicating a grimmer economic outlook as the pandemic continues to ripple across the globe, Xinhua reported.

"Compared to our April World Economic Outlook forecast, we are now projecting a deeper recession in 2020 and a slower recovery in 2021," IMF Chief Economist Gita Gopinath said in a virtual news conference on Wednesday, noting that these projections imply a cumulative loss to the global economy over two years of over $12 trillion from the crisis.

The multilateral lender is projecting a synchronized deep downturn in 2020 for both advanced economies, and emerging market and developing economies, noting that over 95 per cent of countries are projected to have negative per capita income growth this year.

Advanced economies are projected to contract 8 percent this year, 1.9 percentage points lower than the forecast in the April WEO, according to the updated report.

The US economy is expected to shrink 8 per cent, the Euro Area is on track to contract 10.2 per cent, and the Japanese economy could decline 5.8 per cent.

Emerging markets and developing economies, meanwhile, are projected to shrink by 3 per cent this year, 2 percentage points below the April WEO forecast, the report showed.

Brazil and Mexico are projected to contract by 9.1 and 10.5 per cent respectively, while India's economy could see a contraction of 4.5 per cent.

The latest report also showed that global growth is projected at 5.4 per cent in 2021, which would leave the 2021 GDP some 6.5 percentage points lower than in the pre-COVID-19 projections made in January 2020.

"The unprecedented global sweep of this crisis hampers recovery prospects for export-dependent economies and jeopardizes the prospects for income convergence between developing and advanced economies," Gopinath said.

The Chief Economist also noted a high degree of uncertainty surrounds this forecast, with both upside and downside risks to the outlook.

On the upside, better news on vaccines and treatments, as well as additional policy support, could lead to a quicker resumption of economic activity, she said.

On the downside, further waves of infections could reverse increased mobility and spending, and rapidly tighten financial conditions, triggering debt distress, Gopinath said, adding that geopolitical and trade tensions could damage fragile global relationships at a time when trade is projected to collapse by around 12 per cent.

Warning that the crisis will also generate medium-term challenges, Gopinath said that public debt this year is projected to reach the highest level in recorded history in relation to GDP, in both advanced and emerging markets and developing economies.

Over 75 per cent of countries were now reopening at the same time as the pandemic was intensifying in many emerging market and developing economies, and several countries have started to recover, Gopinath told reporters.

"However, in the absence of a medical solution, the strength of the recovery is highly uncertain and the impact across sectors and countries highly uneven," she said.