In 2020, Peter Dazsak Organised A Letter In Lancet Slamming The Lab-Leak Hypothesis; Today, He Is ‘Recused’ From Journal’s Covid-19 Commission 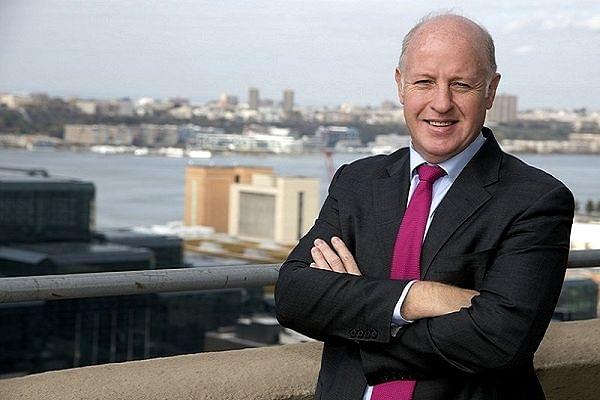 Peter Daszak, an American scientist who spent his whole career discovering dangerous viruses in wildlife as well as in bats and collaborated with the controversial Wuhan Institute of Virology (WIV), has been removed from the investigation of the Covid-19 origins team that is being conducted by a panel under the aegis of The Lancet journal.

The scientist, who is the president of the New York-based research organization, EcoHealth Alliance—that focuses on the understanding of the emergence of pandemic and risk factors—had been listed as a chairman of The Lancet's task force as early as December 2020. But according to the medical journal's Covid-19 commission, which will focus on analyzing data on all the theories related to the coronavirus origin, Daszak is now "recused from commission work on the origins of the pandemic".

This information was shared by the Twitter handle called 'The Seeker', which is run by an anonymous Indian. The painstaking work of 'The Seeker', along with those of his colleagues, was instrumental in making the world take the lab-leak hypothesis of SARS-CoV-2 seriously. He tweeted yesterday:

In related news, Daszak is no longer in Lancet's COVID-19 Origin Commission. What gives?https://t.co/79a0akv1Bo pic.twitter.com/0ZyNC58P9q

Daszak's organization had worked within China for 15 years along with the WIV, and during the collaborated research, they have studied hundreds of bat viruses. As per the National Institutes of Health's RePORTER website, the medical research agency has provided millions of dollars to the EcoHealth Alliance over the years, including financial support to understand bat coronavirus emergence. But the research with the Chinese lab-raised red flags for officials at the NIH, leading to a suspension of funding towards the WIV's research.

Daszak, who was a key member of the World Health Organization's (WHO) Covid-19 investigation team, had a long working relationship with the now-popular Chinese virologist Shi Zhengli—also known as China's "bat woman". He dismissed the lab leak theory and said that he did not see evidence of a Chinese cover-up, which is another controversial issue according to experts.

After the United States President Joe Biden asked intelligence agencies to investigate lab leak theory, Daszak criticized the administration for showing scepticism on WHO's findings—which according to many, is incomplete and possibly jeopardized by the Chinese government—and defended Beijing on Chinese Communist Party-linked outlets.

In February last year, the lab leak concept was refuted as a conspiracy theory in a letter signed by 27 experts, including Daszak, and it was published in The Lancet. The letter praised China's early response to the Covid-19 outbreak, calling it "remarkable". According to some emails obtained by the US Right to Know, a nonprofit group, Daszak, arranged The Lancet statement condemning the lab-leak hypothesis and sought notable scientists to sign on to it. It is currently unclear if Daszak was recused from the Lancet's Covid-19 origins investigation due to his confidence in China’s role in the early days of the pandemic or because of his constant drive to deny a probable lab leak theory.