“In ‘Dabaang3’, Bollywood Has Insulted Hindus, Again; Will It Dare Take On Other Faiths,” Asks An Upset Twitter 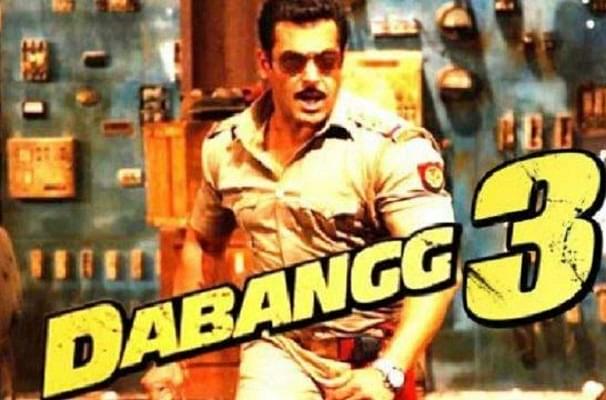 Bollywood actor Salman Khan-starrer film Dabangg 3 seems to have run into trouble for hurting Hindu sentiments. Twitter is abuzz with the hashtag "#BoycottDabbang3".

The hashtag and the ensuing comments reflect that the season of hashtag protests aimed at boycotting a Bollywood film, because it allegedly hurts Hindu sentiments, has perhaps returned.

Previously, Padmaavat and PK have been in the midst of intense controversies surrounding Hindu sentiments.

Users of social media are upset over the “insulting” portrayal of sadhus in one of its songs.

The main question that netizens on Twitter seem to be throwing is: will filmmakers dare performing a similar feat with clergy representing other faiths?

A report from IANS says: “They claim a scene in the song "Hud hud Dabangg", which shows sadhus clad in saffron dancing with guitars in their hands, is aimed at maligning and insulting Hindu sentiments and culture, and hence demanded boycott of the film.”

In its title song, Hud Hud Dabangg, which has been a rage among the film's fans throughout the series, sadhus — clad in saffron — are shown entering the scene with guitars.

Guitar is a western musical instrument, and a humble netizen in the quote below, has mentioned that “Sages are shown playing guitar in a western style.”

#BoycottDabangg3. In the film, Sages have been depicted as dancing with @BeingSalmanKhan in a hideous and objectionable manner on the bank of a river. Some Sages are shown playing guitar in a western style.

To be fair to this user, what he perhaps means to point at is the manner and choice of moves that have been used in portraying the playing of guitar — which seem out of tune with how sadhus actually conduct themselves, and are perceived even when they would — in a long civilisational shot — show interest in strumming guitars on a river bank.

Shown in this song is a sadhu carrying trishul and damru — two symbols associated with Shiva, mounted on a stick, as the others sadhus wearing ash and tilak, strum the guitar hard and harder.

The general emotion lost in the trending hashtag is that the pride in symbols of faith is placed within an inappropriate depiction of the faith keepers.

People don't seem flattered by that.

Here, the lead character played by Khan dances in the midst, surrounded by sadhus, who are shown gyrating to the beats of the song in Bollywood style. The matted hair of the sadhus seem to shake off some holy ash.

There is some action of blowing out smoke/ash in the dance of "sadhus" which seems ridiculous.

Protesting netizens might be asked: what is actually "insulting" in the dance?

The question remains: would the filmmakers try to replace the sadhus with priests from other religions?

Times Now says in this report, "In a shocking turn of events, Hindu Janajagruti Samiti has demanded that the Central Board of Film Certification refuse the certification of the film Dabangg 3, starring Salman Khan."

Sadhus have been shown dancing with Salman Khan in a hideous and objectionable manner. As a result, the religious sentiments of all Hindus have been hurt. The way in which Salman Khan has degraded Sages, will he dare to show Mulla-Maulavi or Father-Bishop dancing similarly?

Bollywood's interest in clubbing religious and cultural symbols associated with the Hindus with societal wrongs and wrongdoers or antagonists, seems to be moving up.

There is the curious case of Marjaavaan, where the antagonist is shown wearing a tilak, and this trailer of Commando 3 , where men of an akhada are shown as molesters targeting school girls.