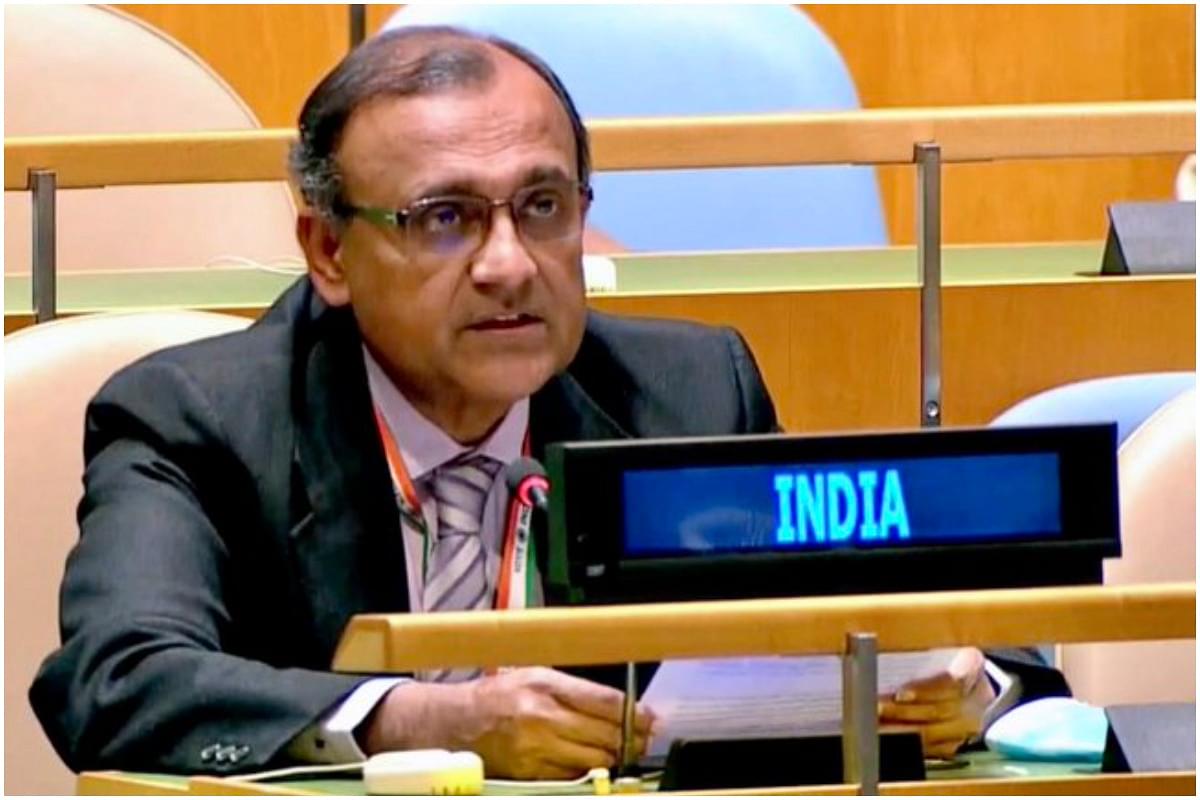 “We are not convinced that we need to elevate phobia against one religion to the level of an international day,” said TS Tirumurti, India’s permanent representative to the UN. He was speaking on the Organisation of Islamic Countries (OIC) sponsored UNGA resolution to designate March 15 as the ‘International Day to Combat Islamophobia’.

Tirumurti further argued that “celebration of a religion is one thing but to commemorate the combating of hatred against one religion is quite another” and that such exclusive resolutions “may well end up downplaying the seriousness of phobias against all other religions.”

The Indian ambassador started off by expressing deep concern on the rise in instances of discrimination, intolerance, and violence directed against the members of many religious communities in various parts of the world and even the “sectarian violence” in “some countries”.

Citing India’s credentials as a pluralistic and democratic country, Tirumurti highlighted that India was home to almost all the religions of the world and that over the centuries she has always welcomed those persecuted for their faith and beliefs from across the world. Be it Zoroastrians or Buddhists or Jews or people of any other faith, they have always found in India, a safe haven shorn of persecution or discrimination, Tirumurti claimed.

While condemning acts motivated by anti-Semitism, Christianophobia or Islamophobia, India stressed the fact that such phobias are not restricted to Abrahamic religions only. Tirumuti stated that there is clear evidence that religiophobia has affected the followers of non-Abrahamic faiths as well, especially the “anti-Hindu, anti-Buddhists, and anti-Sikh phobias.”

India pointed out the “attacks on temples, monasteries, and gurudwaras, massacre of Sikh pilgrims in gurudwara, destruction of the Bamiyan Buddhas in Afghanistan, glorification of breaking of idols in temples, or spreading of hatred and disinformation” as the testimonies of “contemporary forms of religiophobia against non-Abrahamic religions in many countries.”

Insisting on “the need to acknowledge the prevalence of religiophobia of all kinds rather than single out just one”, Tirumurti enumerated that there are more than 1.2 billion Hindus, more than 535 million Buddhists, and over 30 million Sikhs.

Tirumurti also spelled the “fully inclusive nature” of the already recognised ‘International Day Commemorating the Victims of Acts of Violence Based on Religion or Belief’ observed on August 22, while also calling to attention that there was even an International Day of Tolerance observed on November 16.

In this context, India expressed its reservations about elevating the phobia of one religion to the level of an international day to the “exclusion of others” and articulated “the need to be always inclusive, especially in the United Nations.”

Reiterating that pluralism was at the core of his country’s existence, Tirumurti lamented that “the word ‘pluralism’ finds no mention in the resolution” and even after India proposed the amendments to include the word ‘pluralism’, the sponsors (OIC) have not done so for reasons best known to them.

Further, India hoped against and cautioned that the particular resolution adopted by UNGA could “divide the United Nations into religious camps” and “set a precedent for multiple resolutions on phobias based on selective religions.” Exhorting the United Nations, India urged it “to remain above such religious matters which may seek to divide” the nations rather than bring them “together on one platform of peace and harmony and treat the World as One Family.”

It is noteworthy that the resolution introduced by Pakistan on behalf of the OIC was adopted at the UN by consensus. While it was supported by the 57 members of OIC, China, Russia and six other countries, France and the European Union, like India, expressed their reservations that the resolution singled out only Islamophobia even when religious intolerance is prevalent across the world.