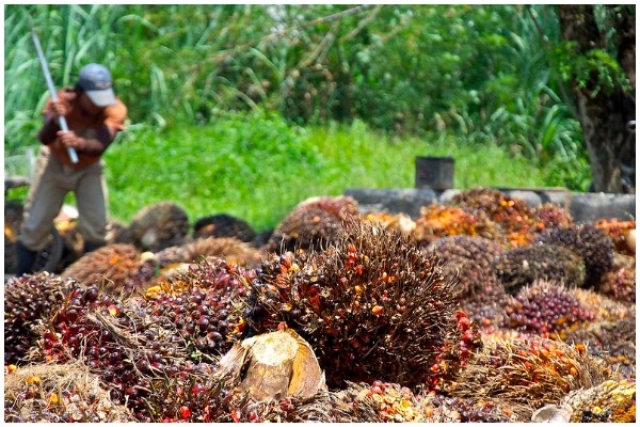 India has cancelled permission to import over three lakh tonnes of refined palm oil from Nepal and Bangladesh under the South Asian Free Trade Agreement (SAFTA) as both neighbouring countries don’t produce the commodity.

The government has taken this step as some commodities such as palm oil, spices and tyres can be imported duty-free under SAFTA into the country but the provisions are being misused.

The issue over these imports is that these countries do not produce these products. Some unscrupulous importers and traders tend to channel their imports through these countries taking advantage of the free trade pact that allows imports, duty-free.

These countries allow imports of such commodities at a very lower import duty or zero duty.

“All these years, palm oil was being imported from Nepal and Bangladesh, flouting the rules of origin, which requires the product to be produced in the country from where the export originates. Finally, the Centre has woken up to such fraudulent imports,” said B V Mehta, a businessman.

The permit to import palm oil from these countries has been cancelled by suspending 39 import licences, mostly of West Bengal and Bihar importers, which the Directorate-General of Foreign Trade (DGFT) issued.

A majority of these licences were to import from Nepal, which does not produce palm oil. Of the three lakh tonnes, 2.93 lakh tonnes were to be imported from Nepal and 12,000 tonnes from Bangladesh.

In addition, the DGFT had also cancelled permits to import 1.5 lakh tonnes of refined, bleached and deodorised (RBD) palm oil.

The Centre is trying to discourage refined cooking oil imports as it wants the domestic solvent extractors and refiners to utilise their idling capacity.

The move to check cheaper palm oil imports is in tune with the Centre’s policies to encourage domestic oilseed farmers.

In January this year, the government brought palm oil imports under the restricted list, which required importers to get DGFT permission to bring them into the country.

Before that, palm oil, one of the cheapest sources of cooking oil, could be imported freely on payment of import duty.

Also in February, the government raised import duty on crude palm oil to 44 per cent, while refined oils’ duty is 54 per cent.

Last month, the DFGT added more conditions for import saying applications seeking permits to import should be accompanied by a pre-purchase agreement and details of imports for the previous three years.

“The heartening feature of this action is that the Centre has said that it will look into the consignments that have already been imported. This means those importers who have flouted the rules will now be penalised,” said Mehta.

According to the Solvent Extractors Association of India, refined oils’ import continues to take place despite the oils being put under the restricted list of imports.

SEA data show that RDB palm oil imports into the country dropped by 70 per cent during November-April period of the current oil year up to October. During the same period, crude palm and palm kernel oils imports have dropped 14 per cent.

Mehta said that lower imports will not affect availability of cooking oils in the country as the country has been blessed with bountiful oilseed production this crop year (July 2019-June 2020).

One of the main reasons for lower refined palm oils import is strained bilateral relations between India and Malaysia, a major source of palm oil for the country.

India has been upset with Malaysia’s stand on abrogation of Article 370 and reluctance to hand over controversial Islamic preacher Zakir Naik, wanted in connection with controversial speeches and indulging in unlawful activities.

The latest decision by India to act against misuse of free trade pact is being welcomed by the industry as many products are being imported into the country, flouting the “rules of origin” clause.