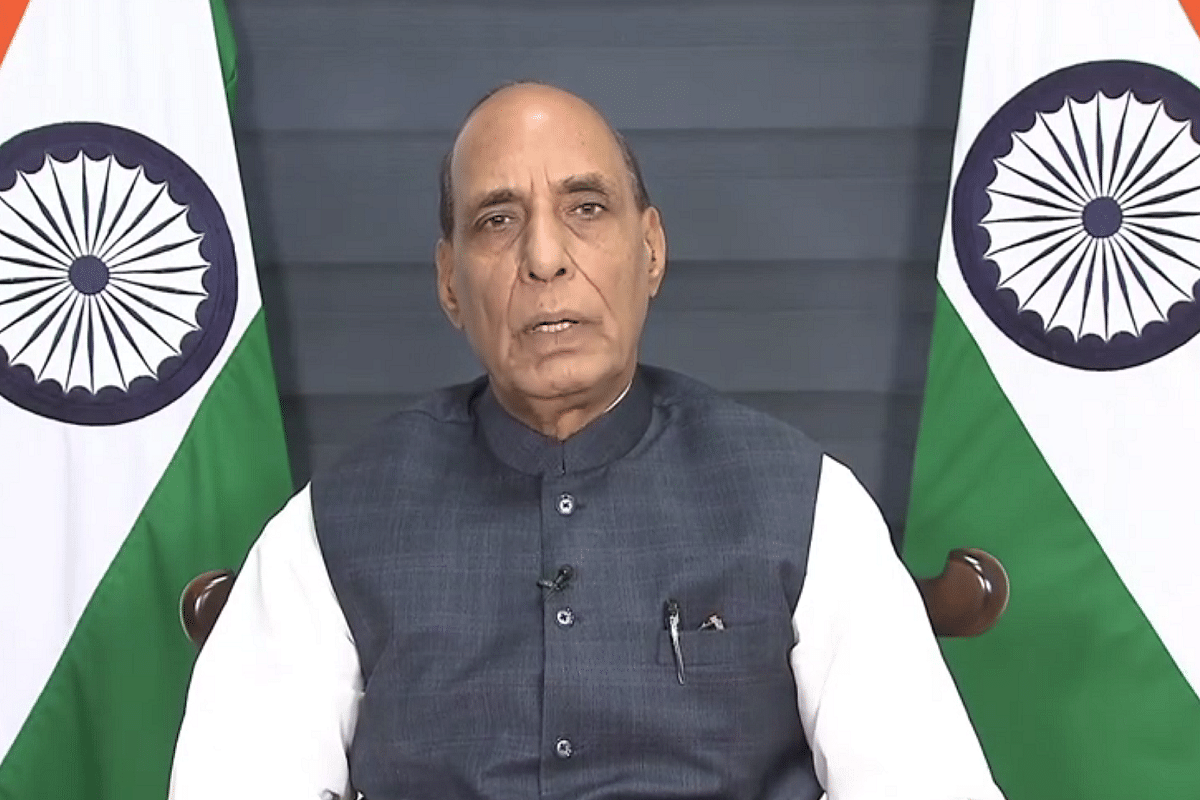 Defence Minister Rajnath Singh on Wednesday (27 October) said that India is fully determined to protect its maritime interests, while it supports the maintenance of rule-based maritime systems, as mandated under UN Convention on the Law of Sea (UNCLOS), 1982, said an official release.

"India is fully determined to protect its maritime interests, while it supports the maintenance of rule-based maritime systems, as mandated under UN Convention on the Law of Seas (UNCLOS), 1982," Singh said while delivering the keynote address at Indo-Pacific Regional Dialogue (IPRD) 2021, being held virtually from 27-29 October 2021.

Referring to Prime Minister Narendra Modi’s description of the Indo-Pacific as a natural region where destinies of entities are interlinked, Singh said the seas are a vital communication link to facilitate transport of goods, exchange of ideas, catalysing innovations and contributing to bringing the world closer.

“Although the Indo-Pacific is characterised by diversity, marked by a multiplicity of cultures, ethnicities, economic models, governance systems and varied aspirations, the oceans remain a common binding link,” he said.

Singh emphasised on the need for an efficient, cooperative and collaborative harnessing of the region’s maritime potential for sustaining a steady path to prosperity, a Defence Ministry release said.

He pointed out that while the seas offer abundant opportunities for sustenance and growth of the mankind, they pose challenges such as terrorism, piracy, drug trafficking and climate change.

Singh called for a cooperative response to these challenges which, he said, has considerable trans-national implications.

“There is a need to find convergence of interests and commonality of purpose on maritime issues,” he added.

Sharing his views on the broad theme of IPRD 2021, ‘Evolution in Maritime Strategy during the 21st Century: Imperatives, Challenges and Way Ahead’, Singh said it dwells upon the region’s past, gauges the present and then arrives at tenets that will form the foundation of maritime strategies for the future. He hoped that the Dialogue will further the country’s shared and collective vision for the Indo-Pacific.

The Defence Minister said he is looking forward to the recommendations that will result from the deliberations.

First conducted in 2018, the IPRD is the apex international annual conference of the Indian Navy and is the principal manifestation of the Navy’s engagement at the strategic-level, the ministry said.

The National Maritime Foundation is the Navy’s knowledge partner and chief organiser of each edition of this annual event. The aim of each successive edition is to review both opportunities and challenges that arise within the Indo-Pacific, it added.