Indian Army To Order Second Batch Of 72,000 SIG716 Assault Rifles; Here’s What You Should Know 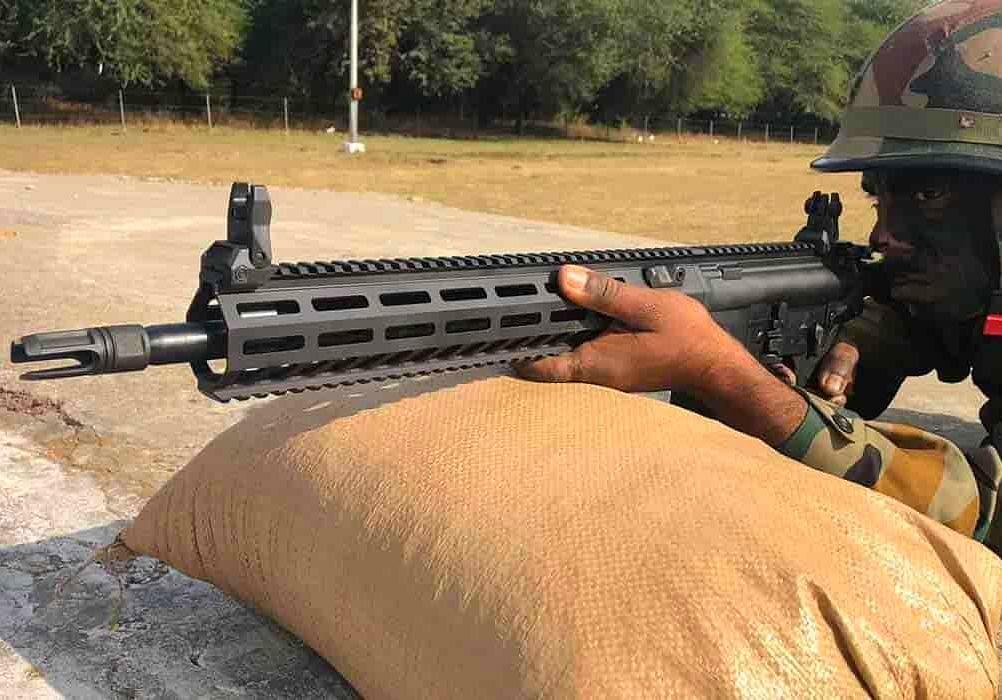 The Indian Army is all set to place its second order for 72,000 US-built SIG716 G2 assault rifles using the financial powers granted to the armed forces.

This purchase is part of a larger procurement plan to improve the capabilities of infantry units of the Indian Army, SIG716 rifles will complement the purchase of AK-103 rifles from Russia and CAR 816 carbines from UAE-based Caracal.

The Army is currently equipping soldiers involved in counter-interagency with SIG716 rifles, while the wider requirement of assault rifles for regular infantry units will be met with the procurement of AK-103s manufactured by a joint venture of Russia’s Kalashnikov and India’s Ordnance Factory Board in Amethi.

Aimed at replacing INSAS rifles designed and built indigenously in India by the Ordnance Factory Board, the 7.62x51 mm SIG716 comes with a 16-inch barrel, M-LOK™ handguard, and a 6-position telescoping stock.

To build this platform, maker Sig Sauer has taken “proven features of SIG516 and applied them into a potent AR-based rifle chambered in 7.62 x 51mm.”

“Utilizing the short stroke piston-driven operating system, an M1913 Mil-Std rail, free-floating barrel, aluminum forend, and telescoping stock, the SIG716 is the rifle of choice when you require the power of a larger caliber carbine,” it says.

Army’s efforts to replace the troubled INSAS rifle began over a decade ago. But with roadblocks derailing the process multiple times, it resorted to piecemeal procurement over the last decade. This process saw the Army reject two indigenous guns, including a 7.62x51mm gun built by the Rifle Factory Ishapore.

The purchase of SIG716 rifles in 2019, with came after comprehensive testing and evaluation of multiple options from small arms manufacturers from around the world, was the first large firearms procurement of the Indian Army in decades.

In 2018, UAE-based Caracal's CAR 816 close-quarter carbine finished as the lowest bidder in the Indian Army’s procurement bid for 93,895 such carbines.

Earlier this year, India signed a contract with Israel Weapons Industries for the procurement of 16,479 Negev 7.62X51mm LMGs, a little less than half of the total projected requirement, at a cost of Rs 880 crore.

However, the India-Russia deal for the manufacturing of 7 lakh AK-203 rifles has hit a roadblock over differences in pricing. With Covid-19 protocols in place, the joint venture coming up in Amethi is unlikely to start production this year.