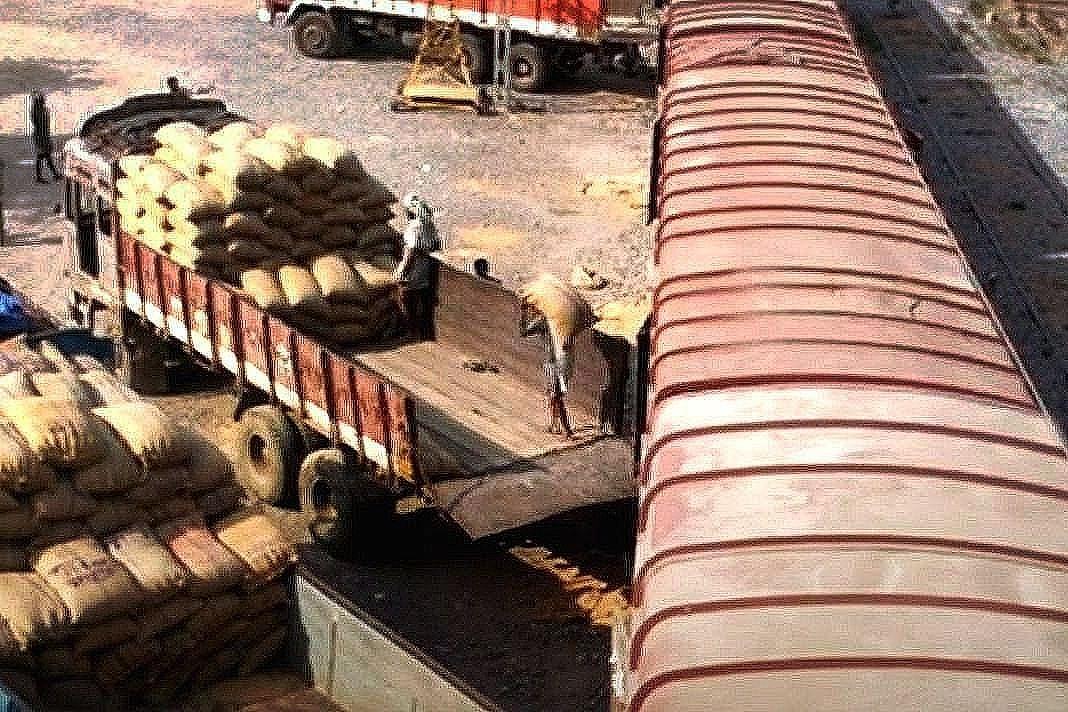 Gunny sacks being unloaded from an Indian Railways goods train.

With less passenger trains on tracks, the Indian Railways is aiming to increase the freight transporting capacity by almost 50 per cent in this financial year, Chairman Railway Board V K Yadav said on Friday.

Addressing a virtual press conference, Yadav said, "After the nationwide lockdown freight loading has started peaking up from June. We are hardly less than 20 per cent as compared to last year in terms of the freight transportation."

"As more and more commodities are being transported from the freight trains, we are hopeful of loading 50 per cent more freight than last year in this financial year," Yadav said. The Railways has suspended the passenger, mail and express train services amid the nationwide lockdown from March 25 to combat the spread of novel coronavirus (Covid-19).

It started to run the special parcel trains and freight trains to ensure the supply essential items across the country during the lockdown. The railways, however, started running Shramik Special trains to transport the stranded migrant workers, students, pilgrims and tourists from May 1.

Highlighting the usage of the Covid-19 care isolation wards, the Chairman said that the national transporter, which converted 5,231 coaches for 80,000 patients are being utilised at many railway stations across the country.

"In Delhi we have placed 503 coaches and in 16 districts of Uttar Pradesh we have deployed these coaches in 16 districts," he said. The Chairman said that in Delhi 57 people were admitted in the isolation ward coaches out of which 26 have been discharged and 31 are still admitted. "In UP 241 patients were admitted and 106 discharged, 135 still there," he said.

He further said that these coaches can be moved on the basis of requirement at any point of time as per the requirement to any remote areas of the country.