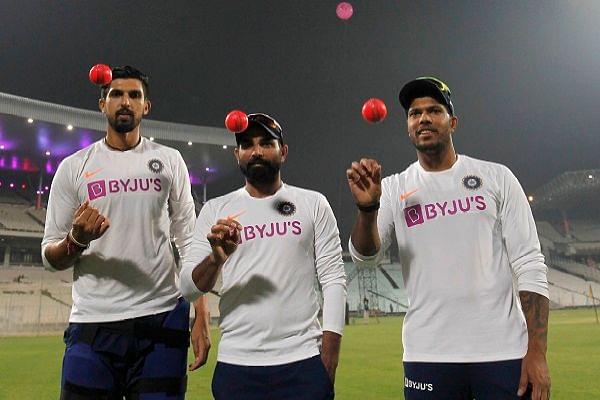 Almost four years after the first day-night Test match between Australia and New Zealand, India is set to make its pink ball debut, playing Bangladesh, at one of India’s iconic cricketing venues, the Eden Gardens in Kolkata.

What makes this Test match, India’s 540th, special, are two aspects. One, the timings of the session. Unlike the conventional Test routines, the first session of the game will start at 1300 hours, continuing until 1500 hours. It is, however, the second session where things will begin to get complicated.

Starting around 1545 hours, the session will go on until about 1800 hours, and this is where the game will transcend from natural light to artificial lights, thus ushering a change in the playing conditions. Under the lights, the pink ball is expected to do much more in terms of seam and swing.

The final session of the day, following the evening tea, perhaps, will continue until 2000 hours. This is where the impact of dew will be the highest. Thus, the role of the spinners in the game at this point might be rendered useless as gripping the ball would be difficult. Also, the early sunset in Kolkata would amount to the dew to set in early.

The buck does not stop at the conditions alone, for the ball comes with a few secrets itself. Firstly, the ball will be manufactured by SG (Sansparelis Greenlands). Based out of Meerut, the company is a pioneer when it comes to sporting equipment and is one of the three manufacturers of Test match balls, the other two being Dukes and Kookaburra.

Now, for the pink ball, unlike the red, dyeing the leather does not work as the lighter colour is not absorbed by the leather used in the manufacturing. Instead, pigmentation (covering the ball with pink colour coating) is done, similar to the process followed for the white balls used in limited over games. However, the pink ball does come with the significant seam (like its red counterpart), thus making it ideal for the longer format.

The Eden Gardens’ D/N Test match is the first significant undertaking under the leadership of BCCI president Sourav Ganguly. In India, the first pink-ball game played was the four-day Cricket Association of Bengal (CAB) Super League final between Mohun Bagan and Bhowanipore. Interestingly, at that point, Ganguly was helming the affairs for the CAB.