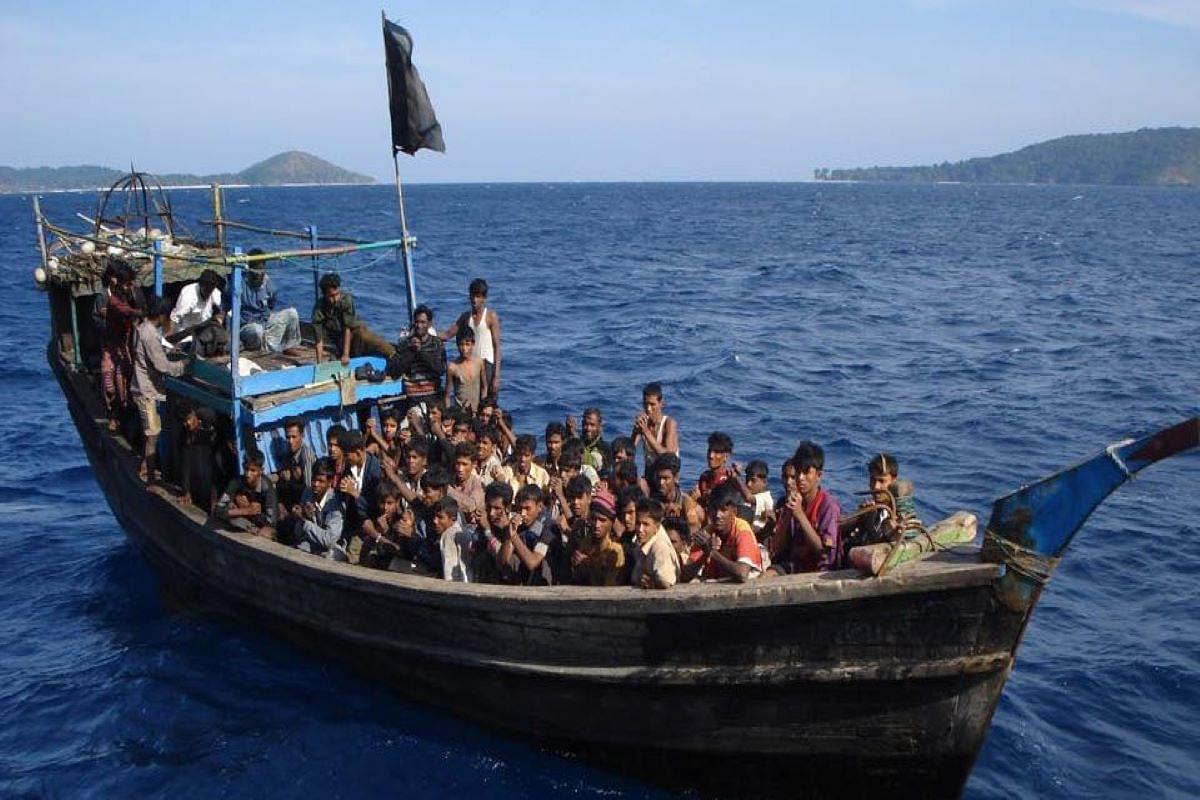 Rohingyas on a boat

Indonesia has rejected the request to provide refuge to over 100 Rohingyas stranded inside its territorial water after their packed boat ran into trouble due to an engine problem, Reuters reported.

Indonesia has however offered to help with the repair of the boat. The authorities have also promised to provide humanitarian aid to the stricken vessel, including food, medicine and water

"The Rohingya are not Indonesian citizens, we can't just bring them in even as refugees. This is in line with government policy," said Reuters quoted Dian Suryansyah, a local navy official as saying.

Earlier this week, boat carrying scores of Rohingya refugees including women and children broke down and was stranded in waters off the coast of Aceh province on Indonesia's Sumatra island.

Local fisherman spotted the skiff on Sunday, adrift off the coast of Bireuen, a district on the western island of Sumatra, with around 120 men, women and children on board.

Amnesty said fishermen had appealed to local authorities to rescue the stranded Rohingya.

"There needs to be joint responsibility between regional countries to conduct search and rescue so that (refugees) can avoid dangers at sea...," said Amnesty Indonesia executive director Usman Hamid.

Rohingya refugees from Myanmar have for years sailed to countries such as Malaysia, Thailand and Indonesia between November and April when the seas are calm.

The United Nations refugee agency (UNHCR) said on Monday the boat carrying the Rohingya was spotted on Sunday in waters off Bireuen, Aceh and it was working with local authorities to rescue the group.

There were about 70 refugees in the boat, Amnesty International's Indonesia branch said, citing local authorities.