Internationalising The Indian Standard: In A First, RDSO And BIS Unite To Set Norms For Goods And Services Used By Railways 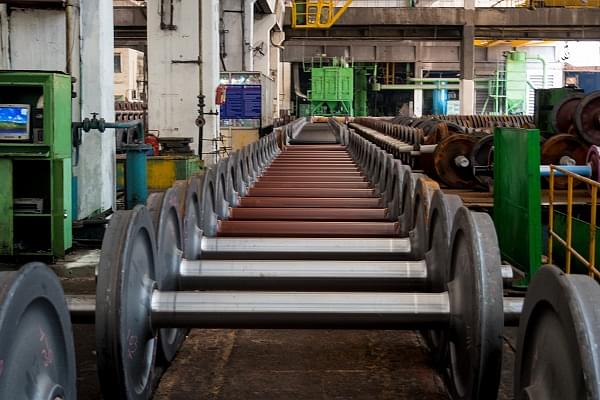 Research Design and Standards Organisation (RDSO), the research arm of the Indian Railways, and the Bureau of Indian Standards (BIS) have joined hands to define the parameters to ensure quality goods and services for the rail sector.

With the partnership under the One-Nation-One-Standard mission of BIS, the RDSO has become the first institution to be declared a Standard Developing Organization (SDO) under the mission.

BIS, an institution under Department of Consumer Affairs, after reviewing the Standard Making Procedures of RDSO, has granted it recognition as SDO on May 24.

"RDSO took the initiative to seek recognition as a Standard Developing Organization (SDO) under the BIS SDO Recognition Scheme. In the process, RDSO reviewed its standard formulation procedures to realign them with the best practices of standardization, encoded in the World Trade Organisation's Code of Good Practice," according to the Ministry of Consumer Affairs.

The scope of RDSO's recognition as SDO is a Standards Developing Organization for products, processes and services for the railway transportation sector in India.

Some of the major benefits that will flow out of this recognition include larger participation of industry/vendors/MSMEs/technology developers in the Indian Railways supply chain, increased competitiveness amongst industry/vendors and reduction in costs.

Besides, it would result in quantum improvement in quality of products and services, smooth induction of latest evolving and emerging technologies on Indian Railways, reduced dependence on imports, thrust on “Make-in-India”, improvement in Ease-of-Doing-Business, recognition of RDSO on International Standards making bodies and integration with global supply chains/global trade.

According to the BIS, there are multiple such specialised standardising institutions that can be brought under the ambit of the One-Nation-One-Standard mission in the country.

The recognition is valid for three years and will require renewal after completion of the validity period.

Based in Lucknow, RDSO is the sole R&D wing of the Railways, and one of India’s leading standard formulating bodies undertaking standardization work for the railway sector. Railways maintains that this unique initiative of two organizations under the government is going to set a template for all leading research and standard development organizations in the country to follow.

The standard formulation procedures at RDSO will now be more focussed on consensus-based decision making and will entail extensive engagement of all stakeholders including Industry, Academia, Users, Recognized Labs, Test Houses etc, in the process of standard making from the very early stages that is from conceptualization to finalization of standards.

A participatory approach to development of standards involving all stakeholders from the very early stages is set to reduce the time between development of standards and their ground adaptation or user utilisation.
It will also help in harmonizing the standardization activity thereby providing an opportunity for greater participation of all stakeholders in formulation and implementation of national standards and creating in the long run a Brand India identity for quality of products manufactured in the country.

The initiative is set to usher in a faster transition from development of technology and innovation to actual use on ground.