IS Wants Its Followers To Turn Coronavirus Carriers, 'Annihilate Dis-Believers' By Various Means 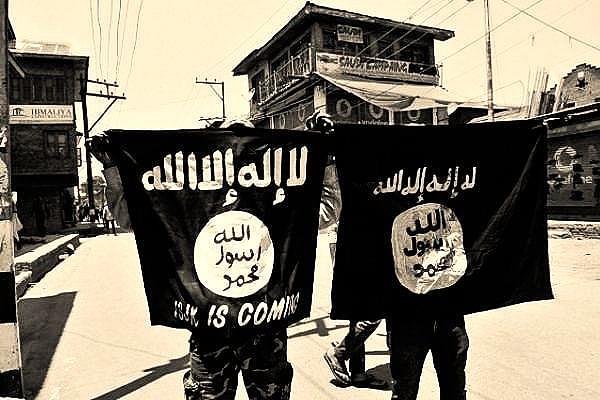 Supporters of the Islamic State of Iraq and Levant (IS) have launched a magazine Voice of Hind for its specific anti-India propaganda and asked Muslims to turn novel coronavirus (Covid-19) carriers.

Five editions of Sawt al-Hind have been published so far besides a “lockdown” special early this month in which the magazine has exhorted its supporters to “annihilate the disbelievers”.

The edition encourages violence for such a step or expending “less effort by spreading coronavirus”.

Non-profit US media outlet association Homeland Security Today reported that the “lockdown special” featuring a cover “It’s time for Kuffar (disbelievers) to fall” asked ISIS supporters to be “ready to launch a severe attack on the enemies of Allah’s religion who are embroiled in a fight against the disease brought about by Allah’s rage against them”.

The magazine said even children could contribute to the cause by “becoming the carriers of this disease and striking the colonies of the disbelievers”, while claiming that no harm could come to even a “hair of the believer”.

Advocating bio-warfare, the IS journal called coronavirus a weapon “far greater than stones” and said there could be no better chance “to kill the disbelievers in multitudes than COVID 19”.

Justifying its stance, it said that it was to avenge the hampering of its efforts to form a Caliphate and offered various tips to its followers to carry out the act of revenge.

In its fourth edition, the magazine lauded Maulana Saad Kandhlawi, chief of Aalami Marakaz Nizamuddin in New Delhi, for converting the Tablighi Jamaat congregations in March into a “super spreader”.

It also called for a “jihad” against the government during the nation-wide lockdown, in force since 25 March, and to target policemen deployed during the lockdown period.

Giving excerpts of the third and sixth editions, Times Now News reported that IS has exhorted its followers to make the kuffars' sufferings “worse” and said that “they shall pay for their sins through the disease” (Covid-19).

Calling Indians as cow- and monkey-worshippers, the IS has called for attacks similar to those in “London, Paris, Brussels and other places”.

The magazine is also critical of arrests of some students belonging to the Jamia Milia Islamia University, especially Safoora Zargar, and says an opportunity has been provided to avenge it through coronavirus.

“From limited troops who have been practicing jihad, the Muslims in India can now become one and come down on the disbelievers,” the magazine said.

The Voice of Hind observations, including suggesting multiple ways to mount attacks against India, are relevant on the heels of a Kashmiri couple, Jahanzaib Sami and his wife Hina Bashir Beg being arrested by police for their IS links, particularly the Khorasan module in Afghanistan.

The couple have been charged with attempting to incite Muslims to take part in a violent struggle against the Citizenship Amendment Act, 2019 and the Centre.

Khorasan in Afghanistan is where many Indians, who joined the IS, headed too, especially those from Kerala.

While a couple of the IS recruits from India have been killed, others were arrested by Afghanistan authorities in November-December last year.

So far, India has recorded 5.66 lakh Covid-19 positive cases with16,893 deaths being reported. Coronavirus cases in States such as Tamil Nadu, Gujarat, Andhra Pradesh and Telangana saw a huge jump after the Tablighi Jamaat congregations.