‘It Is A Well Planned Attack On Our Culture’: Swami Avdheshanand Calls Out Propaganda Over Kumbh 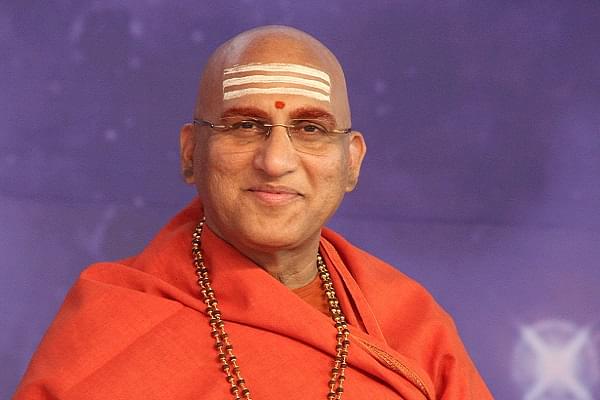 Swami Avdheshanand Giri, the Acharya Mahamandaleshwar of Juna Akhara, the oldest and largest order of sadhus in India, has called out the intense attack and propaganda against the revered Kumbh festival of Hindus.

In a video, Swamiji stated that the misleading attack on the Kumbh festival is totally inappropriate. He added the truth of the statistics is that during the Kumbh period, the intensity of the corona was much higher in other states and not in Uttarakhand.

He further alleged that there is a coordinated strategy to malign the image of Hindus, their festivals, faith, and customs. The misleading propaganda on the Kumbh, declared an intangible cultural heritage of humanity by UNESCO, for petty selfish attainment is an insult to Mother India, he added.

Notably, Swamiji was referring to the toolkit allegedly created by the All India Congress Committee’s research department.

The document titled ‘Cornering Narendra Modi & Covid Mismanagement’ begins by highlighting how the ‘Kumbh mela’ is to be used to malign the Hindu festival and the ruling party.

The document specifically instructs Congress workers stating, “Non-party office bearers and supporters can be encouraged to use social media posts to highlight, by carefully using pictures, that Kumbh is a show of political power in the name of religion while Eid gatherings are happy social gatherings of families and communities.“

As per the alleged toolkit shared by BJP leaders including Patra, the Covid-19 pandemic is an opportunity to "destroy the image of Prime Minister Modi". It states that in order to achieve it, International media coverage by foreign corespondents can be tailored and a liaison be established with foreign journalists and Indian oped writers in foreign publications.

"Use the phrase Indian Strain whenever talking of new mutant. Social Media volunteers can call it Modi Strain", the alleged toolkit states.

The toolkit which contains the Congress symbol on the top right corner of each shared page, calls for the use of dramatic photographs of funerals and dead bodies which is already being done by foreign media. It goes on to say that such journalists can be facilitated by the local Congress cadre.

Meanwhile, Congress claimed that the "toolkit" dated May 2021 was a "forgery" and has said that it will file FIRs against BJP president J P Nadda and spokesperson Sambit Patra.