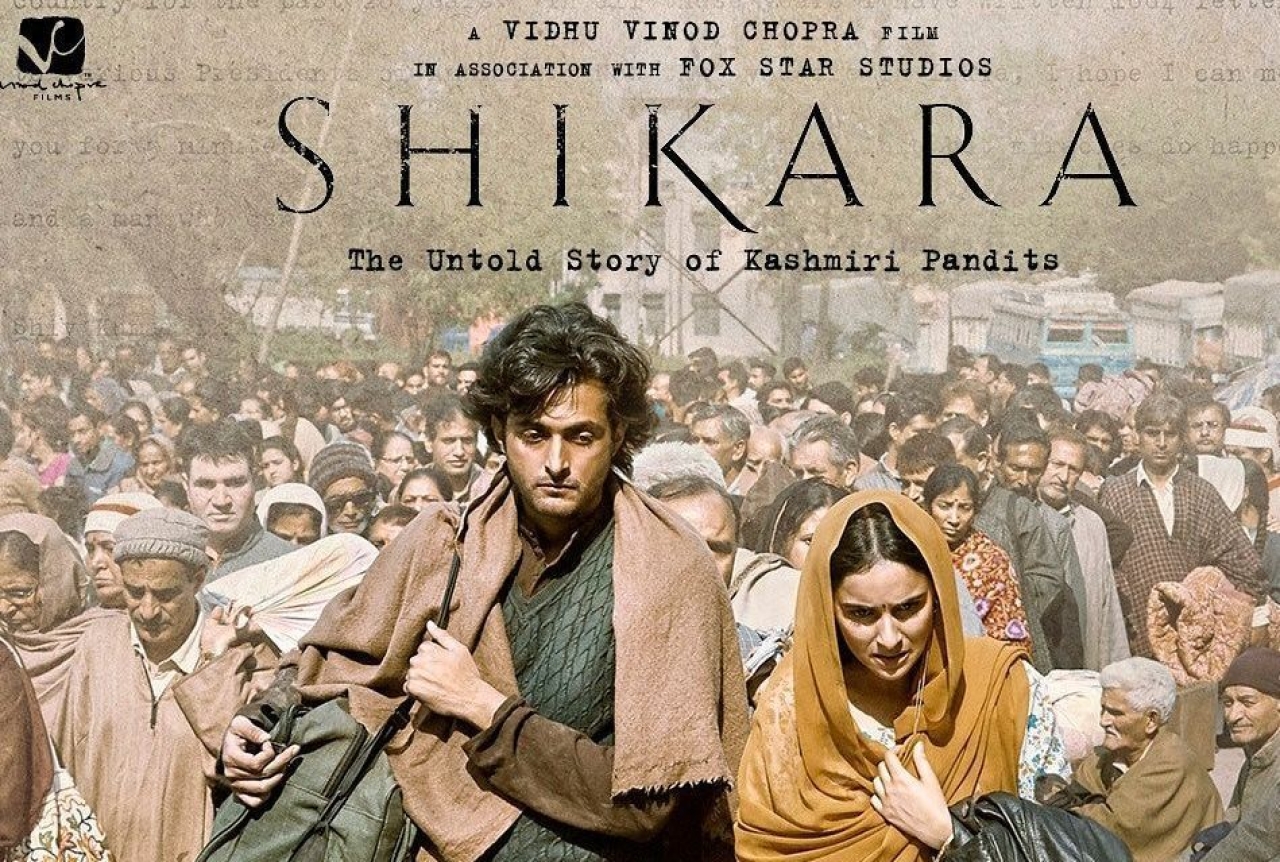 The poster of the film ‘Shikara: The Untold Story of Kashmiri Pandits’ (Twitter/@VVCFilms)

Prominent Kashmiri Pandits have come out to strongly condemn the recently released Shikara produced and directed by filmmaker Vidhu Vinod Chopra. The movie is based on the ethnic cleansing and genocide of Kashmiri Pandits who were driven out of the Kashmir valley in the 1990s.

As per a prominent Kashmiri Hindu Sushil Pandit, the movie Shikara secularises and romanticises Hindu genocide to ensure the movie is a box office success. He added that the movie reeked of Bhaichara politics which at one point of time even rationalised Jihad.

It reeks of the bhaichara politics of @VVCFilms right through
Blaming American guns
Disparaging the #Ayodhya movement
Rationalising #Jihad and cleverly masking its underlying #HinduHate
Glossing over the judicial apathy
Mocking at the help rendered by a 'Party' in the camps...

“Our homes and murders are a mere prop in this story.
Massacres, rapes and vandalised temples must've been too gory to qualify for even a prop, in a love story”, wrote Pandit in an impassioned tweet and he is not alone.

In another video, a devastated Kashmiri Pandit journalist Divya Razdan can be heard angrily beseeching the filmmaker during one of the movie’s screening which was purportedly attended by Chopra himself.

Must Watch : Kashmiri Hindu Women Breaks down and takes on Vidhu Vinod Chopra on Shikara as @neelakantha sitting next to her tries to calm her dowm

In the video, a visibly upset Razdan can be heard saying, “You did not show radicalism, the genocide, you did not show the truth, I am heartbroken. My whole family was destroyed by Islamic radicalism but you failed to narrate our plight”.

“You feel free to reap commercial benefits from the movie, but I as a Kashmiri Pandit disown your movie”, Razdan added after breaking into tears.

In response, a speaker who has been identified as Chopra himself, calmly replied that “there are two sides to a story” and the conclusions drawn by the Kashmiri Pandits is subject to interpretations.

Razdan herself later took to Twitter to claim that the movie fails to mention Hindu genocide and whitewashes radical Islam. She also accused the filmmaker of portraying Kashmiri Pandits as militant supporters.

Another twitter user who is said to have watched the movie claimed that the movie has diluted radicalism by calling it a byproduct of police brutality.

So Shikara is another 'Mission Kashmir' pic.twitter.com/9NB2aHmWRa

He adds that the real horrors faced by the Kashmiri Pandits do not even make a minuscule part of the film.

It may be recalled that the movie was a highly anticipated affair as it promised to be the first time that a mainstream feature film was dedicating itself towards portraying the genocide of Kashmiri Pandits.