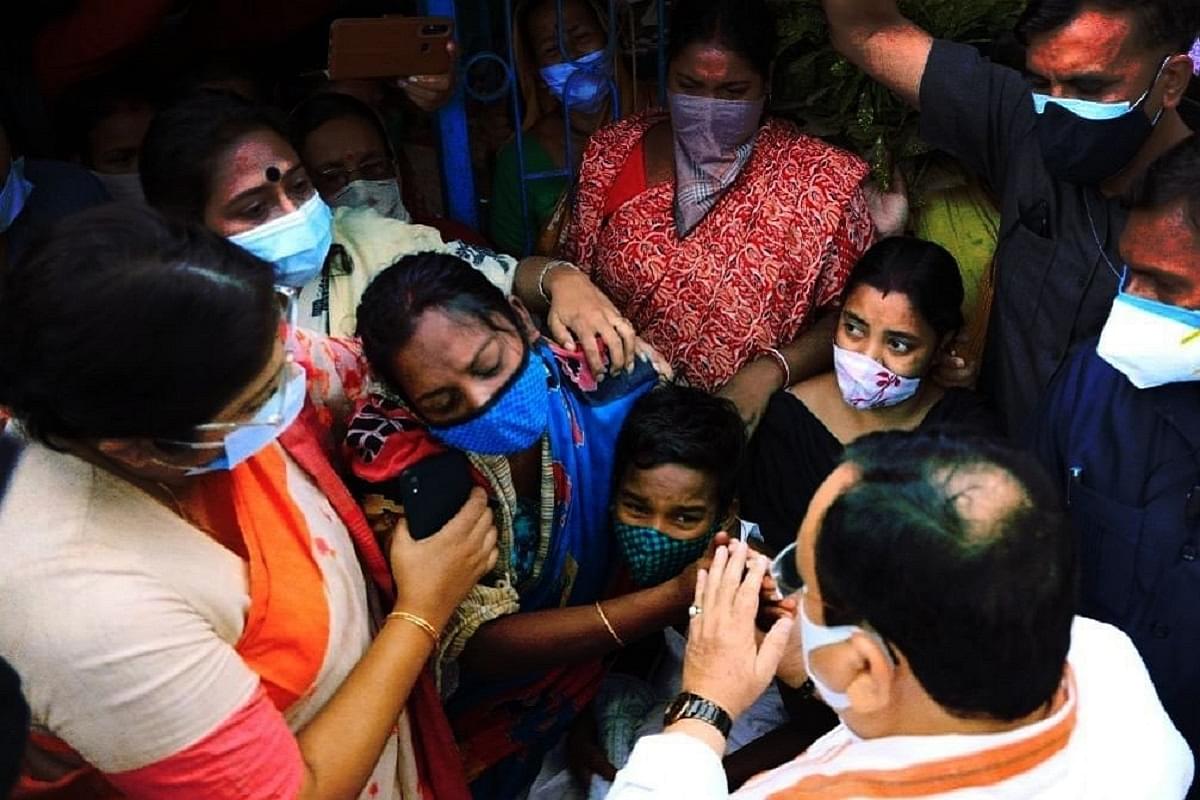 In a major blow to the West Bengal government, a five-member bench of the Calcutta High Court on Thursday handed over the investigation of serious crimes like rape and murder in the post-poll violence to the Central Bureau of Investigation (CBI) and formed a three-member team to investigate the lesser criminal offences.

The court also directed the state government to immediately process the compensation for the victims of the post-poll violence.

Accepting the National Human Rights Commission's recommendation, the five-member bench comprising Acting Chief Justice Rajesh Bindal, Justice IP Mukerji, Justice Harish Tandon, Justice Soumen Sen and Justice Subrata Talukdar directed that the investigation into the violence following the April-May election in Bengal will be conducted by a special team to be set up by the CBI.

The CBI will be investigating into the serious crimes like rape and murder. A separate division bench has been formed to monitor the CBI investigation.

Similarly, the division bench also formed a Special Investigation Team (SIT) to investigate lesser crimes that happened after the elections.

Senior officers like Kolkata Police Commissioner Soumen Mitra, Suman Bala Sahoo and Ranveer Kumar will be a part of the SIT. The investigation by the SIT will be monitored by a retired judge of the Supreme Court. Both the CBI and SIT will have to give their initial reports to the court after six weeks.

The Court has directed the State of West Bengal to immediately process the compensation for the victims of the post-poll violence. The court also rejected the allegations of bias raised by the state government against the National Human Rights Commission, a team of which had submitted a fact-finding report to the court as per its directions.

The violence after the election had attracted the attention of the nation as BJP had accused the Trinamool of unleashing its thugs to kill party workers, attack women members, vandalise houses, and loot shops and offices belonging to its leaders.

The Bengal government had hit back saying that the reports of violence were greatly exaggerated, with fake videos and images circulated to create incorrect narratives.

On 4 May the National Human Rights Commission (NHRC) had taken suo motu cognisance of the matter and had requested the DIG (Investigation) to constitute a team of officers of the Investigation Division of the Commission to conduct an on-the-spot fact finding investigation.

On 18 July, the High Court directed the NHRC to constitute a committee that will examine complaints filed by persons who were allegedly displaced during the post-poll violence in West Bengal. Earlier, the High Court had also constituted a committee comprising members nominated by the NHRC, SHRC and SLSA to coordinate rehabilitation of displaced persons from the Entally constituency.

In its controversial report, the NHRC slammed Chief Minister Mamata Banerjee and her government over the alleged incidents of violence, and accused them of "appalling apathy". The NHRC recommended a CBI probe into "grievous offences like murder and rape", and said these cases should be tried outside the state.

Calcutta High Court on 3 August had reserved judgment on a batch of petitions pertaining to the alleged post-poll violence in West Bengal. The Union had submitted before the court that it was willing to extend the services of central investigating agencies such as the CBI and the NIA (National Investigation Agency) pursuant to the court's orders.