Karnataka Bypolls: BJP Races Ahead Towards Majority; Modi Calls It A ‘Message To Those Who Violate  Mandate’ 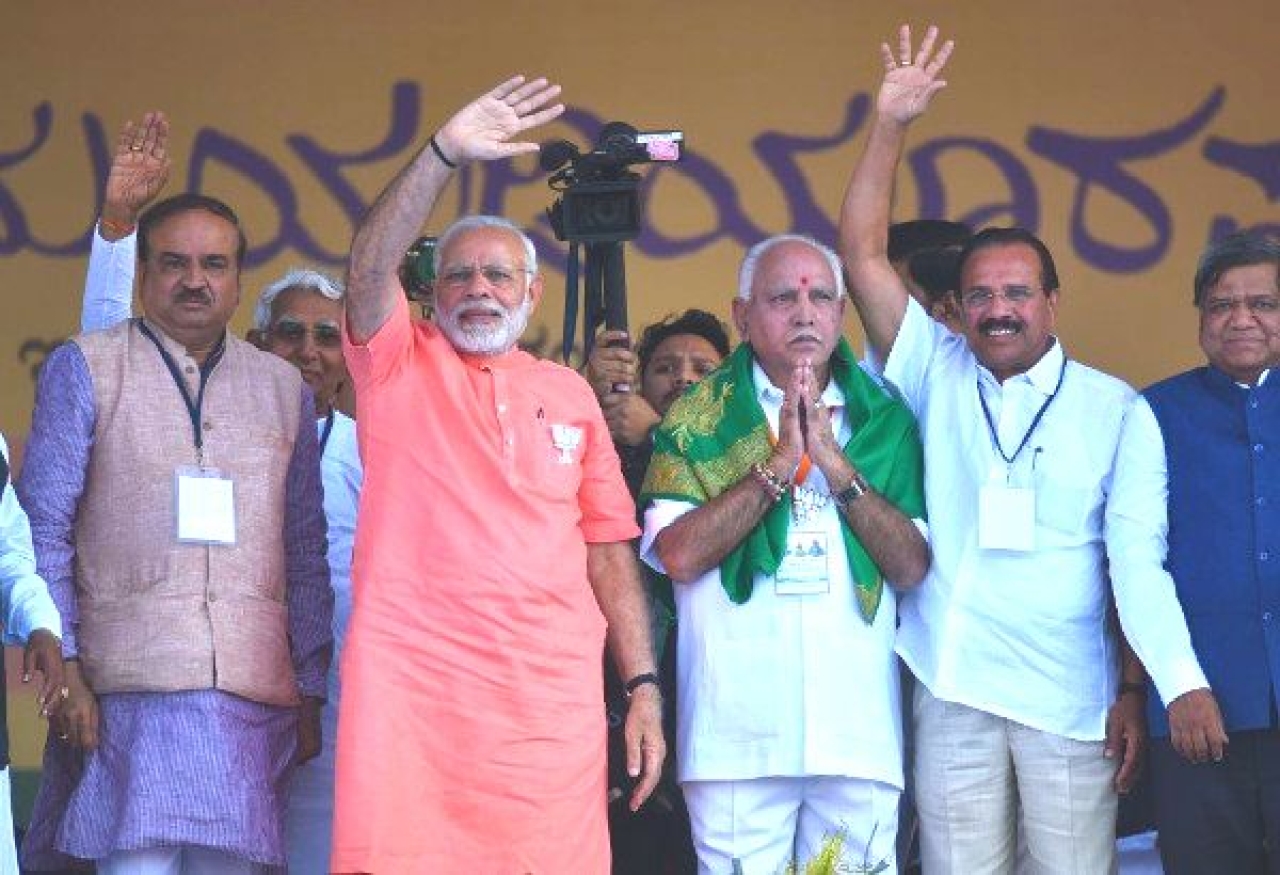 The Karnataka bypoll results have finally put a lid on coalition politics in the state as the Bharatiya Janata Party (BJP) has managed to achieve a simple majority by wining/leading in 12 out of the 15 seats that went to the hustings this by-election season.

The former two coalition partners — Congress and Janata Dal (Secular) — that formed what was dubbed an ‘unholy alliance’ have had a much-needed fall from grace, with the Congress emerging as the biggest loser. Its ‘Defeat the Disqualified’ campaign seems to have found no takers even among its core voters.

As results started filtering in, Prime Minister Narendra Modi too congratulated the state Bharatiya Janata Party unit as he addressed an election rally in Jharkhand.

"Today,  after the results of Karnataka bypolls, those who cheated the mandate of the people, have got their answers from voters in a democratic manner,” said the PM, as quoted by various reports.

A total of 17 MLAs had been disqualified by the former speaker, K Ramesh Kumar, after their “rebellion” led to the fall of the previous government. Of these 17 constituencies, 15 went to bypolls in which 12 were formerly held by the Congress.

But the Congress has failed to hold on to any of its strongholds. When this report was filed, the party was behind in 11 out of these 12 seats.

Shivajinagar, where the party fielded Rizwan Arshad, is the only seat where it was leading.

Two-time Congress MLA from Yellapur, Shivaram Hebbar, who contested on a BJP ticket this time around was the first to register a victory with a margin of over 31,000 votes.

Except for MTB Nagaraj from Hosakote who is trailing against BJP rebel Sharath Bachegowda, who contested as an independent, all the others who contested on a BJP ticket — Ramesh Jarkiholi from Gokak, Srimant Patil from Kagwad, Mahesh Kumthalli from Athani, BC Patil from Hirekerur, H Vishwanath from Hunasur, Narayana Gowda from KR pete, Anand Singh from Vijayanagar, K Sudhakar from Chikkaballapur, ST Somashekhar from Yeshwantpur, Gopalaiyya from Mahalakshmi layout, and Bhairathi Basavaraj from KR puram — are currently leading.

It was evident from the words of the JD(S) supremo H D Devegowda that the former Prime Minister’s party was not contesting these bypolls in true spirit. But the bypoll results have been a disaster to say the least, as the party struggles to save face as it is almost close to losing its deposits in areas that were once its strongholds.

While the two former coalition partners that contested independently in the bypolls have seen defeat, the BJP has tasted its maiden victory even in the constituencies where it is weak, such as Mandya and Chikkaballapura.

Speaking to reporters after initial reports of victory, the septuagenarian Chief Minister reiterated that all rebel MLAs will be given ministerial berths as promised, while also claiming that the party will singlehandedly win 150 seats in the next elections.