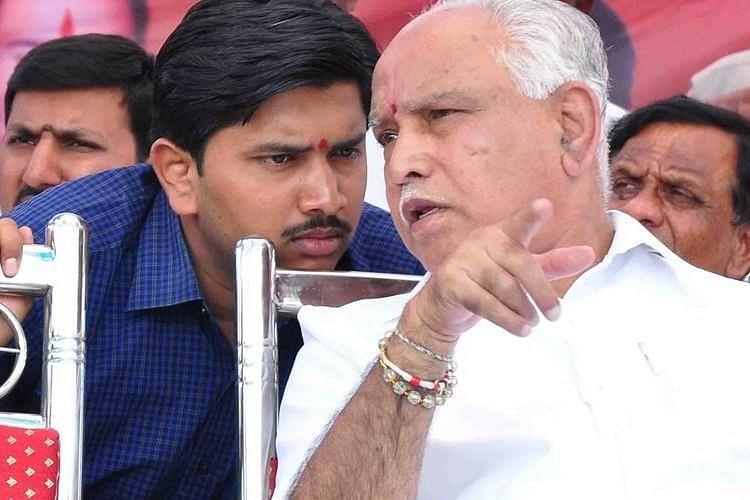 Karnataka CM B S Yediyurappa's personal assistant who was said to have committed suicide has on gaining consciousness refuted all claims of an 'attempt to suicide'.

N R Santosh, whose ouster was said to be on the cards around last week, had made news as he was rushed to the hospital in an unconscious state on 27 November.

While the chief minister rushed to visit his confidante—who also happens to be the Lingayat strongman's grand-nephew—the following morning and said they were 'hoping for the best' as Santosh's condition was still critical, the Opposition in the state left no stone unturned to turn it political.

Karnataka Congress President D K Shivakumar linked the alleged suicide attempt to a video that Santosh was said to have given to an MLC and a Minister who had ensured it reaches Delhi. Calling for the incident to be probed, Shivakumar said "there are secrets and the CM himself was being blackmailed by that MLC and the minister. This is all I know," he as quoted here.

State BJP leaders countered these allegations asking for the said video and assuring a probe if he could furnish the video and make public the names of the MLC and Minister he was hinting at.

Santosh's wife Jahnavi, while denying any family and domestic issues as being the trigger, pinned the reason behind the alleged 'suicide' on the political pressure that Santosh had been under in recent days.

His was said to be the third head to roll after the Yediyurappa's media advisor Mahadev Prakash and political advisor M B Maramakkal. The rising clout and stature of Yediyurappa's son and party Vice President B Y Vijayendra and his alleged 'involvement' in matters pertaining to the functioning of the CMO were also being said to be the reason for the sudden changes in the inner circle.

Santosh and Maramakkal were said to have played key roles in pulling off 'Operation Kamala' that saw MLAs from the erstwhile Congress-JDS coalition switch forts to the BJP thereby bringing the government down and paving way for Yediyurappa to be sworn in as the chief minister.

Santosh, against whom the Sadashivanagar police station filed a complaint for attempt to suicide, has now given a statement that he wasn't aware that the sleeping pills dosage could be fatal. "I used to take the pills everyday. On Friday, I took a little extra. I didn't know it was be an overdosage," said Santosh, as reported.