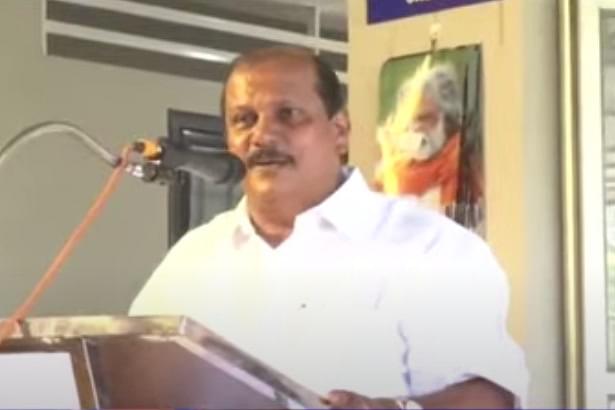 P C Goerge, a MLA from Janapakshan (Secular) Party representing the Poonjar constituency in Kerala, has made a controversial statement demanding India to be declared as a Hindu Rashtra, reports onmanorama

While addressing a gathering held at Thodupuzha in Idukki district which was organized by a non-profit, Human Resource Development Society (HRDS), P C George said that India should be declared as a Hindu nation to counter terrorism.

George also went on to say that after the demonetization was introduced in 2016 by the Prime Minister Narendra Modi, the donations of outsiders stopped and further delayed the plan of making India an Islamic state.

He further stated examples and told that Muslims are encroaching into Christian nations like France and converting them into Islamic nations.

While speaking on love jihad, he said that love jihad is real, and very much exists in Karela, where there are cases of fraudulent marriages to convert people from other religions.

This is due to the increasing polarization in Kerala between the Muslim and Christian community such as the discriminatory budgeting of minority welfare funds, perceived increase in influence of the Muslim League, "Halal" issue, and obviously Love Jihad, Hagia Sophia issues.

George, a seven time MLA known for being a “one man army” in Kerala politics has been in news for making controversial statements several times in the past as well.