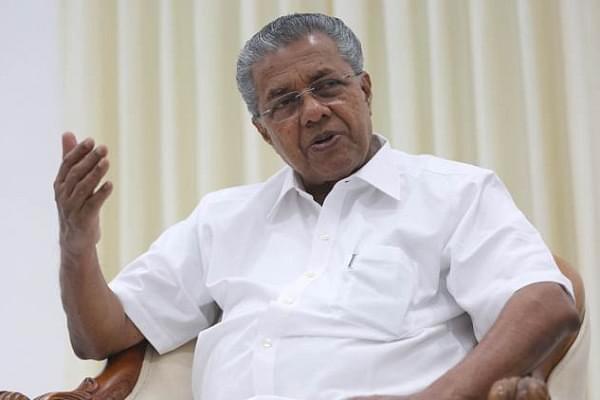 The ruling Left Democratic Front (LDF) made a comeback of sorts in the Kerala local bodies polls.

The National Democratic Alliance (NDA), led by the Bharatiya Janata Party (BJP), improved its position while the United Democratic Front (UDF), led by the Congress, cut a sorry figure.

For the Congress-led UDF, the blow has been in urban and rural areas both. In the urban areas, it has managed to wrest only one of the six corporations - Kannur -, while the LDF could bag Thiruvananthapuram, Kochi, Kollam, Thrissur, and Kozhikode Corporations.

The UDF woes were compounded by its mayor candidate in Kochi losing to the BJP and the LDF winning in Congress State Chief Mulappally Ramachandran's ward.

The NDA is heading for the second spot in Thiruvananthapuram Corporation with 34 wards (35 in 2015) despite claiming during the run-up to the polls that it would win the prestigious corporation.

However, it has made its entry with a solitary seat in Kannur Corporation, a stronghold of the CPM.

The LDF might win 11 district panchayats, up from seven last time, and the UDF the remaining three.

Of the 87 municipalities at stake, the BJP made a record retaining the Palakkad municipality, while also bagging Pandalam, the epicentre of the protest against the LDF government for allowing women of reproductive age into the Sabarimala Ayyappa temple in 2018.

The LDF might end up with 35 municipalities only, down by six from 2015, while the UDF is seen gaining 45, up by four from last time.

The LDF could win up to 112 of the 152 block panchayats and the UDF the rest.

The NDA, however, has won in 37 municipality wards which it sees as a cause for cheer. It is also likely to get 37 block panchayats wards and one district panchayat ward.

The BJP-led alliance has done well in Kasargod district, a citadel of one of UDF’s main constituent IUML, winning Badiadka and Kumbadaje panchayats. The BJP’s growth in Kerala has actually led to quite a few hung panchayats and municipalities.

The results are significant especially after the drubbing the LDF got in the election to the Lok Sabha last year, when it won only one of the 20seats at stake in the State.

On the UDF part, Chennithala took heart by saying that “the BJP does not have a space in Kerala”, a comment that was echoed by Vijayan.

BJP's Surendran, in a tweet, blamed UDF and senior Congress leaders Oommen Chandy and Ramesh Chennithala for the LDF’s victory in the local bodies polls.

He said the 2021 State Assembly elections, due in less than five months, will see a direct contest between the CPM and BJP.

Political observers say that the BJP, perhaps, has a point since the campaigning by Congress was “listless and lifeless” and probably the latter could have diverted its votes to the LDF.

But the local bodies polls could be a warning for a self-destructing Congress, despite its campaign against the LDF and Chief Minister Pinarayi Vijayan on issues such as Kerala gold smuggling scam and Bengaluru drug trafficking.

The results are indications that the dominant Nair community is veering right towards the BJP, while the Christians are disenchanted with it. The Congress woes were compounded by the Kerala Congress (Mani) Jose faction joining the LDF.

The Jose-led Mani faction has made a lot of difference to the results in the central Kerala region, particularly its base in Kottayam, Alappuzha and its surroundings.

Going into the Assembly elections, the LDF might enjoy an advantage but observers say that taking the overall results into account, it could be a situation where no single front could emerge with a majority.